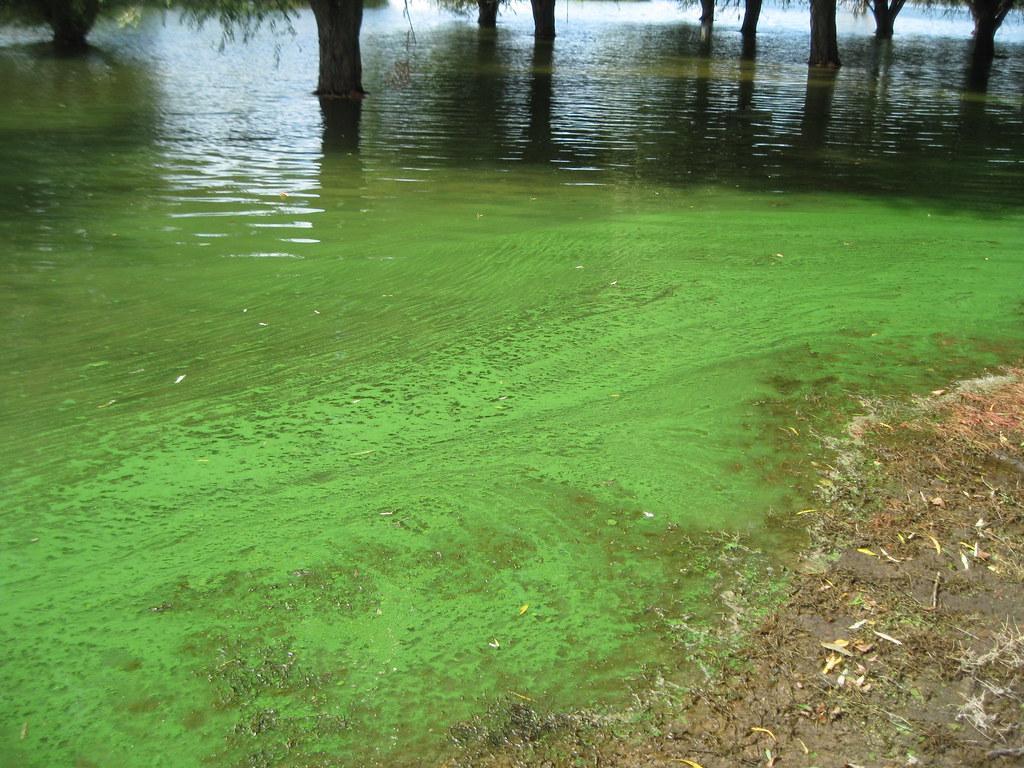 As reports of blue-green algae blooms have been confirmed in Austin and the Guadalupe River, pet owners must display increased caution where they allow their dogs to swim while traveling.

In Austin, at least five dogs have died in connection to the harmful toxin, according to the Austin-American Statesman. Another dog passed away, after swimming in a backyard section of the Guadalupe River, which was tested positive for blue-green algae, according to reports from Fox 7 Austin.

For San Marcos, the case may be different.

According to Aspen Navarro, program coordinator of Watershed Services for the Meadows Center, it is important to understand how blue-green algae becomes toxic.

“Blue-green algae is actually a bacteria, its called cyanobacteria, so all water bodies have different types of bacteria,” Navarro said. “The point where blue-green algae becomes toxic is whenever it actually blooms.”

Navarro said there are three conditions which can cause algae to bloom: warm water, stagnant water and high levels of nitrogen and phosphorus.

“Thankfully, our water is fed through the beautiful Edwards Aquifer, which is spring-fed and it gives us that 72 degree, year-round, temperature that we all really enjoy this time of year,” she said.

Wright said the Edwards Aquifer brings millions of gallons of water to the river every day.

“The river has substantial daily flow and the water temperature is around 72 degrees which is measurably lower than most streams, ponds, and lakes during the hot summer months,” she said. “The levels of Nitrogen and Phosphorus, nutrients that blue-green algae need for survival, typically are much lower in the San Marcos River than in ponds, lakes, and many rivers where blue-green algae blooms have created health and safety concerns, especially for dogs.”

This means the Upper San Marcos River is not ripe for the conditions that foster blue-green algae blooms.

One group that monitors the river is the Texas Stream Team, a group of citizen scientists trained to be water quality monitors. In Texas, there are over 10,700 citizen scientists. Though the team does not test the water specifically for blue-green algae, citizen scientists conduct field observations, in which they report algae or scum.

“In our monitoring forms, we ask them to notate if they see algae, and then in the comments, we ask citizen scientists to report if they see anything of concern or even if something they feel is alarming to automatically give us a call,” Navarro said.

“If anybody sees something that they feel is a concern, whether you’re a trained citizen scientist or just your local citizen just enjoying the river, that’s something that can always be reported to the City of San Marcos or us and we can help relay that as well,” she said.

Individuals interested in getting involved in the watershed can attend a workshop on Sept. 17 or find information about the Texas Stream Team on their website.