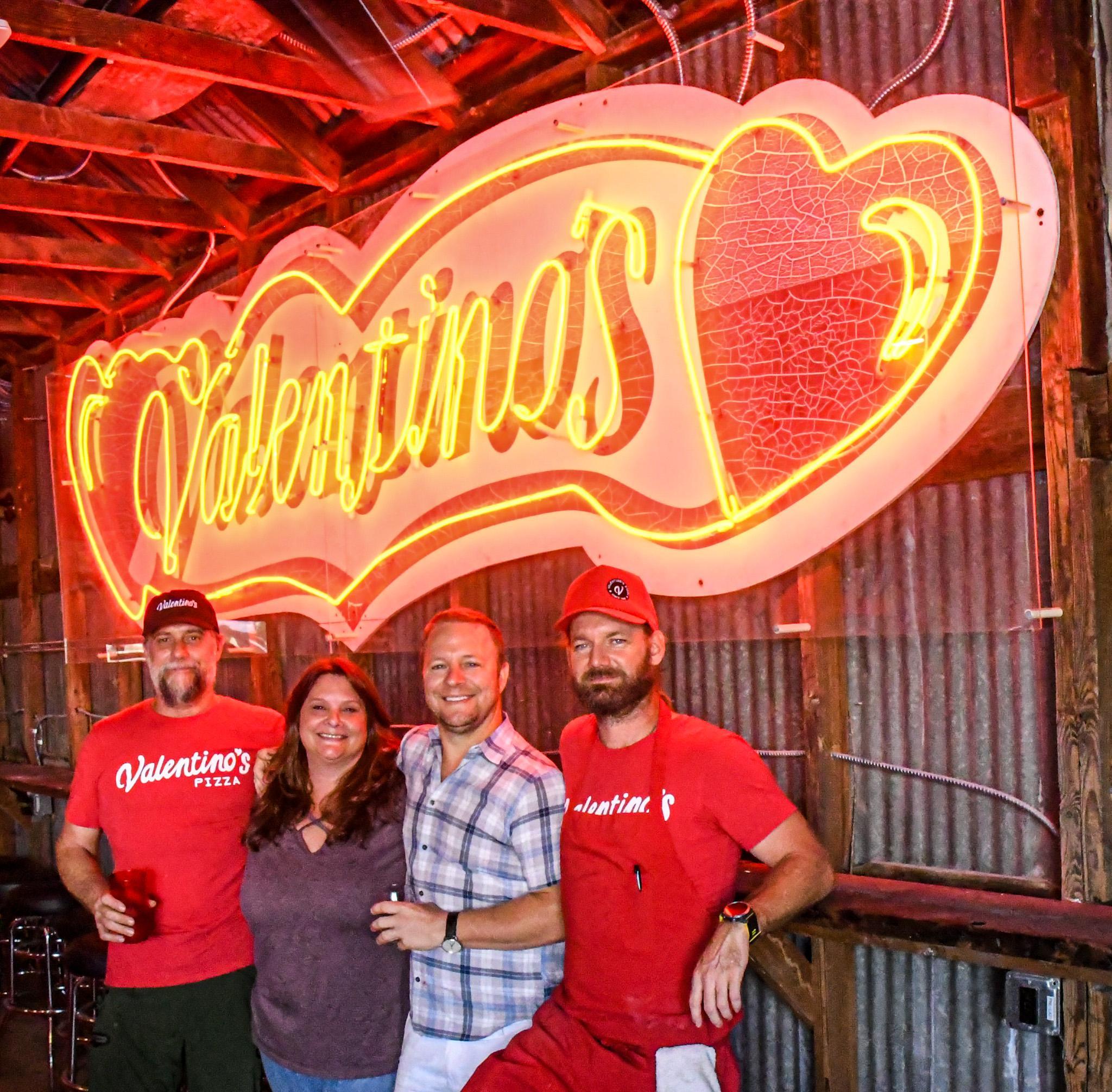 Valentino’s, a pizza joint located on The Square, is set to for its long-awaited opening on Wednesday. Above, Valentino’s co-owners Harlan Scott and Cody Taylor (pictured on right side). Below, a Valentino’s employee prepares a pizza during a soft opening on Monday. Daily Record photos by Lance Winter

The long-awaited moment has arrived.

Valentino’s Pizza officially opens its doors today to an eager fan base of pizza enthusiasts.

“You know it’s surreal to see something you’ve worked on for so long – in action. We did some test runs the last couple of nights and everything is working as it should,” said Cody Taylor, co-owner of Valentino’s.  “I’m not going to lie, this morning (Tuesday) I was nervous and about one o’clock I was really nervous. But we got the team together, got things organized, and people started coming in and we greeted fans with some great food and beverages.”

Taylor said to see it come together in the last two weeks, where they were able to stock things, put furniture in, glassware, and pictures on the wall … “that’s when it really comes to life.” 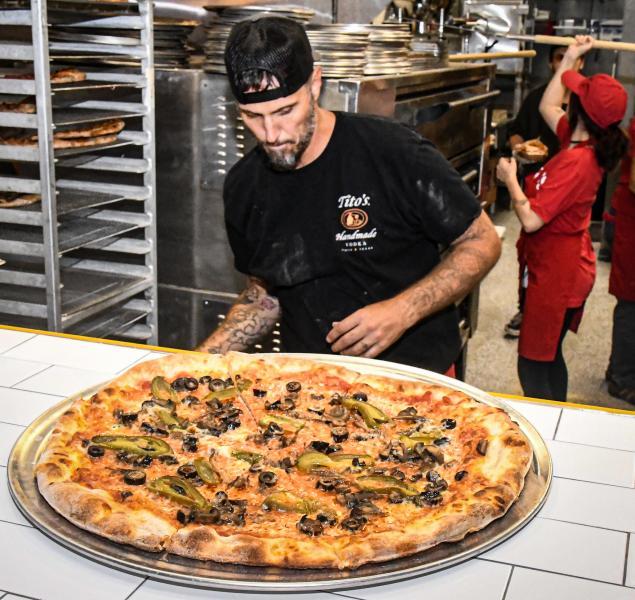 “Between the two of us we’ve opened a lot of restaurants so it’s easy to say that we’re experts on running a restaurant. There’s no expertise in knowing, respecting and paying tribute to something that is important to three generations of San Marcans,” Scott said.  “During all of our training we’ve reinforced with the staff about letting them know the story and how we got here and who came before us.”

Scott said at the present time they’ve got people who worked there in the 1980s.

“That has everything to do with whether we put out a quality product or do we respect those that came before us? That’s really what’s top of mind,” Scott added “I mean, we’re opening a second location of Industry in Austin. That’s going to be a breeze, I can do it with my eyes closed. It’s going to do well and it’s in a busy area and that’s fine. And here we are opening this then we open this pizza restaurant that was famous for ranch dressing, and I’m scared to death.”

Taylor believes the town is going to love it.

“I’m excited as they start coming in and trying our pizza which is phenomenal,” Taylor said.

To meet its hungry customers out late, Valentino’s has a unique late night service window open Thursday, Friday and Saturday nights until 3 a.m.

“We’ll be open after midnight. We think the demand will be there,” Taylor added. “It’s just part of the vibe. There’s also not a lot of late-night dining options. So, anybody can come here late at night and get great food, not just college kids. We think it’s going to be a hit.” 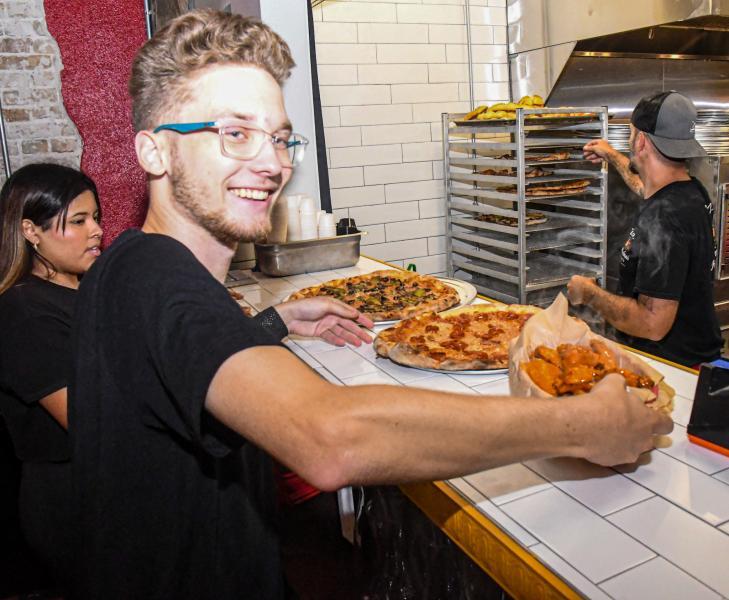 Valentino’s has a big, long bar and just enough televisions to watch the games without feeling like customers are in a sports bar.

“We knew we were doing pizza, wings and beer. With that said, we want people to feel comfortable,” Taylor said. “You can come to catch the game or visit with the friendly bartender behind the bar.”

Some of their signature pizzas include Pepperoni, Margherita, BBQ chicken, Meat pie, White pie or the Supreme — to name a few. They also have a variety of salads Subs and delicious wings.

Valentino’s also has a patio in the back that’s open, but is a work in progress, Taylor said.

“At some point we’ll have it covered and hopefully have some live music,” he said. “It’s going to be a big hit.”