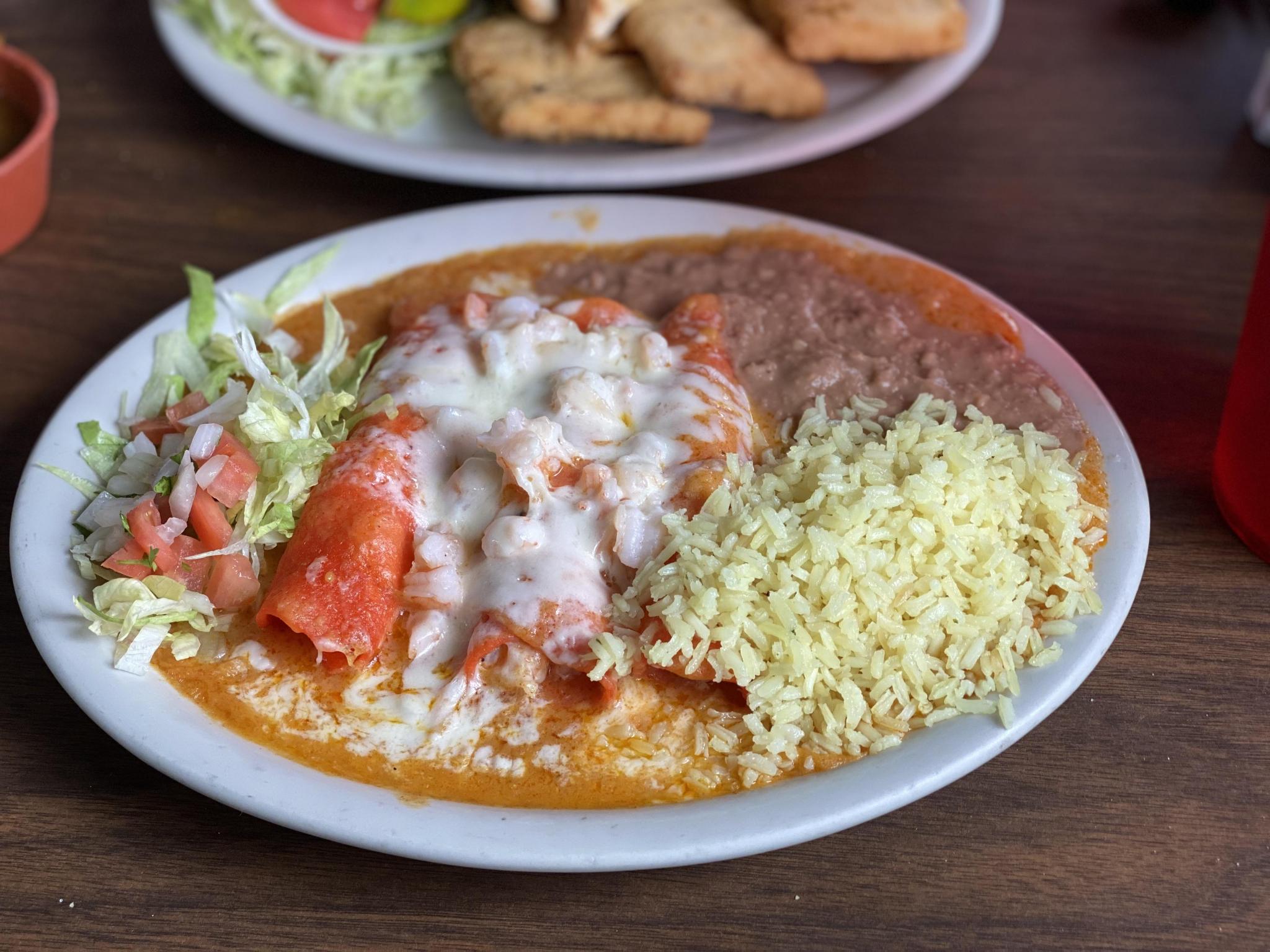 Above, El Golfo de Mexico's shrimp enchiladas — three enchiladas served with a heaping portion of shrimp inside red tortillas. The enchiladas came served with refried beans, rice and a side salad. Below, fried fish plate, which came with three pieces of fried fish, French fries, Texas toast and a salad. Daily Record photos by Nick Castillo

El Golfo de Mexico dishes up a wide variety of seafood dishes inside the sea-themed restaurant. One travel website describes the restaurant as a “charming, old-school Mexican fixture since 1988 featuring homemade seafood meals and micheladas.”

The restaurant offers a solid meal in a family-friendly environment.

During our visit to El Golfo de México, I chose to sample the shrimp enchiladas. These enchiladas came with a heaping portion of shrimp inside three rolled red tortillas. The enchiladas came served with refried beans, rice and a side salad. This was a well-portioned lunch selection that came out to $12.99.

My dining partner went with El Golfo’s fried fish plate, which came with three pieces of fried fish, French fries, Texas toast and a salad. He enjoyed the batter used on the fish and said the meat came out just right. The Texas toast was nice and buttery, while the fries were a welcomed addition to this meal. The fried fish plate came out to $8.99. 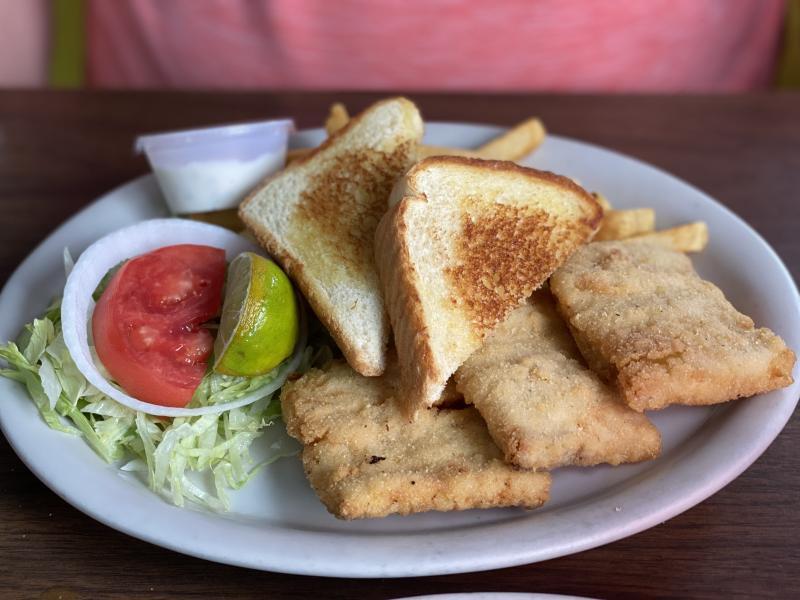 El Golfo offers multiple special plates, including a fillet flameado, camarones zacatecanos, shrimp a la Mexicana and filete relleno plate. You can also sample the shrimp a la diabla — shrimp served with rice and a salad. El Golfo also has a shrimp and egg omelet served with rice or fries and beans. There’s also the shrimp and white cheese quesadillas served with queso blanco and rice.  El Golfo also has several parrillada combos — shrimp fajitas, beef fajitas, fish fajitas or a combination. El Golfo’s special plates range between $9.99 and $13.99. The parrillada plates come out to $20.99-$34.99.

El Golfo also has beef fajita tacos, beef fajita with guacamole tacos and bean and cheese tacos. The San Marcos spot also has several soup selections, including shrimp, fish, marisco, shrimp with rice, crab, octopus and shrimp with oyster soup. You can also get oysters on the half shell for either $12.99 for a half dozen or $18.99 for a dozen.