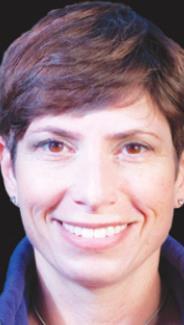 “Our children are the future,” Moore said. “The future of San Marcos, from the health of our city to economic development and attracting good-paying jobs, depends on the success of our public schools and our students. If elected I will utilize all tools available to support our San Marcos Consolidated Independent School District, its staff, and most importantly, our students and their future.”

Moore currently serves on the Sustainable San Marcos, a 501(c)3 organization board. She’s a member of the League of Women Voters, is actively involved with the Hays County Women’s Political Caucus and is a founding member of MoveSM. Moore formerly served on the board of the SMART Orchestra and has served for many years on the Four Rivers Board of Realtors Governmental Affairs Committee.

“These past two years have taught all of us how important it is for our children to be in school and the critical role the SMCISD plays in our community,” Moore said. “Now more than ever we must keep class sizes small, raise academic expectations, and ensure competitive salaries and wages for SMCISD employees, while continuing to be good stewards of the taxpayers. We must utilize the rare opportunity of working alongside the beautiful 120 year old campus of Texas State University.”

Moore will face Brian Shanks in the election for District 4 school board trustee. Early voting for the election begins with election day on Saturday, May 7.