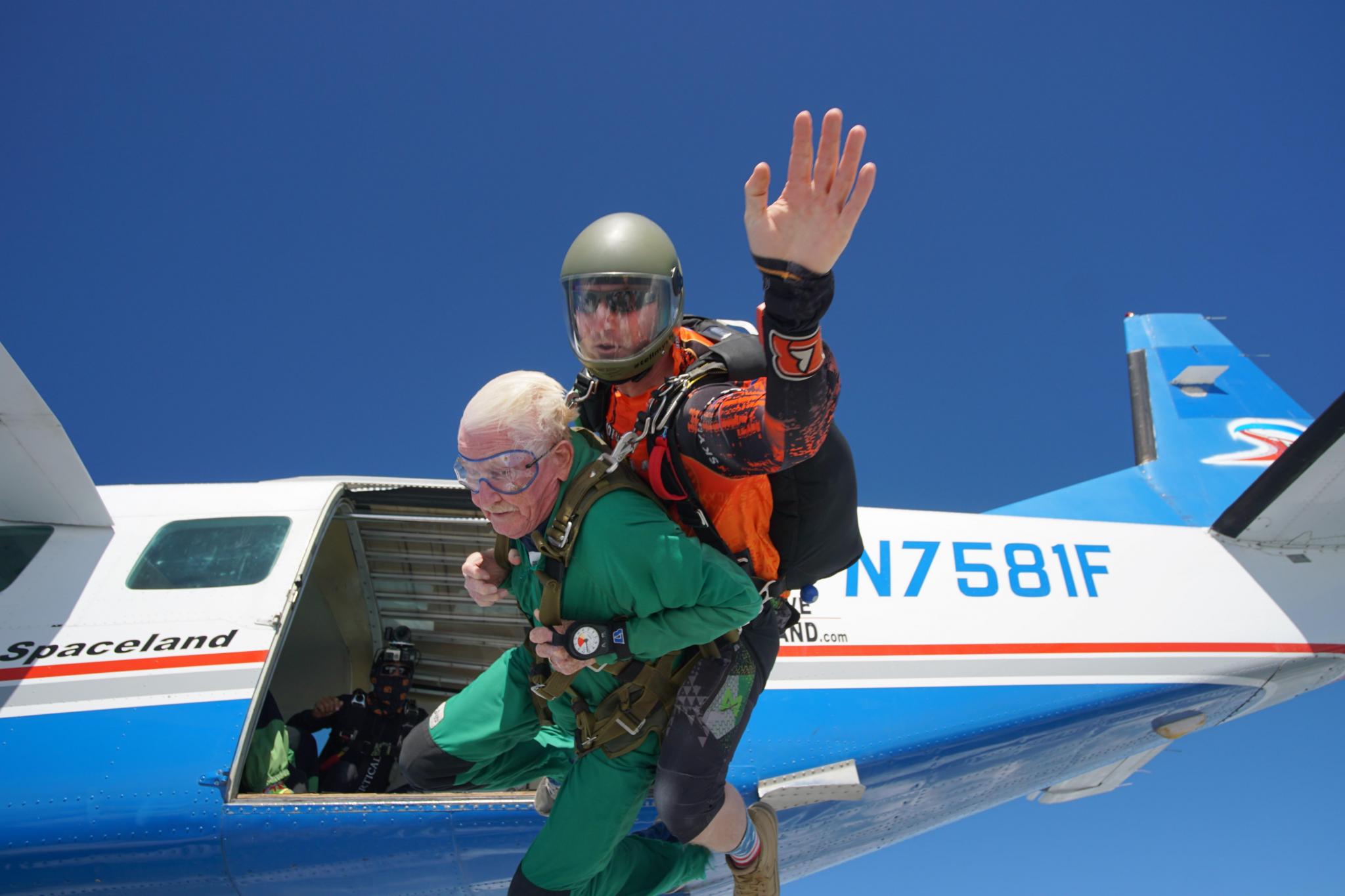 Clyde Schneider, a local Korean War veteran, jumped out of an airplane at Skydive Spaceland San Marcos on Saturday.

Schneider’s jump was delayed to the weekend after inclement weather Wednesday forced the jump to be postponed.

Schneider, a San Marcos resident, served in the U.S. Air Force for 25 years. After graduating college in 1951, he immediately joined the Air Force, served during the Korean War, and retired in 1976.

Schneider often flew paratroopers during his time in the Air Force. Before his skydiving jump, he said it was his turn to jump out of an airplane. 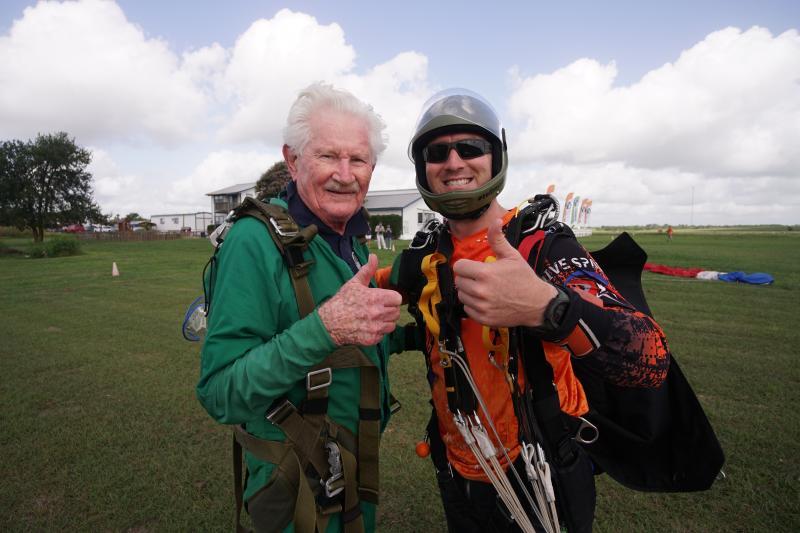 Jennifer Lester, Executive Director at Sage Spring Assisted Living and Memory Care where Schneider lives, said she was in awe of how brave he was to jump at 90 years old.

“I brought my two kiddos with me as well to watch him, and I thought it was such an awesome model for them, of what you can accomplish and aspire to, no matter your age,” Lester said.