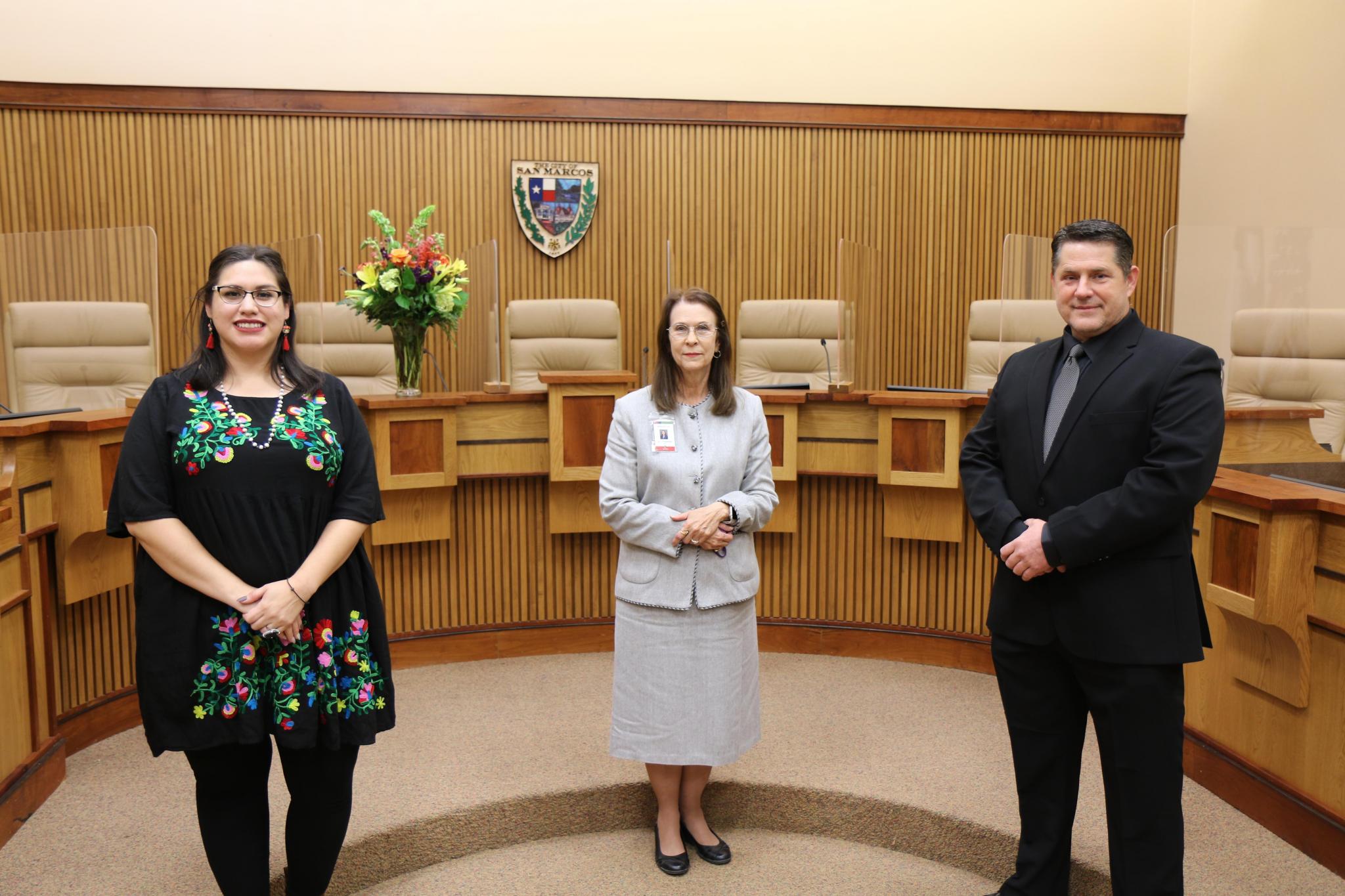 Above, newly sworn-in city Councilmembers Alyssa Garza (left) and Shane Scott (right) stand with Mayor Jane Hughson (middle) during a ceremony Monday night. All participants were wearing masks prior to being sworn in. Photos courtesy of the City of San Marcos

The council also approved moving the runoff to Dec. 8 to be concurrent with other Hays County Runoff Elections.

“We want to see this election carried out as broadly and democratically as possible,” said  outgoing Councilmember Mark Rockeymoore after proposing the amendments.

Before swearing in Garza and Scott, Mayor Jane Hughson made remarks thanking Rockeymoore and Councilmember Ed Mihalkanin for their service in their last meeting.

To Mihalkanin she recounted starting their city council journey together in 1996. They served together for nine of the 12 years Hughson had served, although Mihalkanin had served more years overall.

“You’ve always been concerned about all citizens of our town, regardless of where they live, the location of their business or any other factors,” Hughson said. “You’ve gently reminded us when we need it that we are the policy makers for our city and how important that role is. You’ve served our city well.”

She mentioned important votes made to move CDBG funding in 1998 to assist those impacted by the October 1998 flood, and valued insights for the Human Services Advisory Board recommendations and various types of CDBG distribution of funds.

To Rockeymoore, Hughson recalled the time she saw his name on his application for the ethics Review Commission, years before he ran for city council.

“You have shown concern for the topics of sustainability, homelessness, criminal justice reform and others,” Hughson said. “You reminded us that there are people with serious situations that need our attention.”

Hughson assured Rockeymore that the council will continue to acknowledge climate change as a local issue that is important to consider for future generations, as he often reminded them.