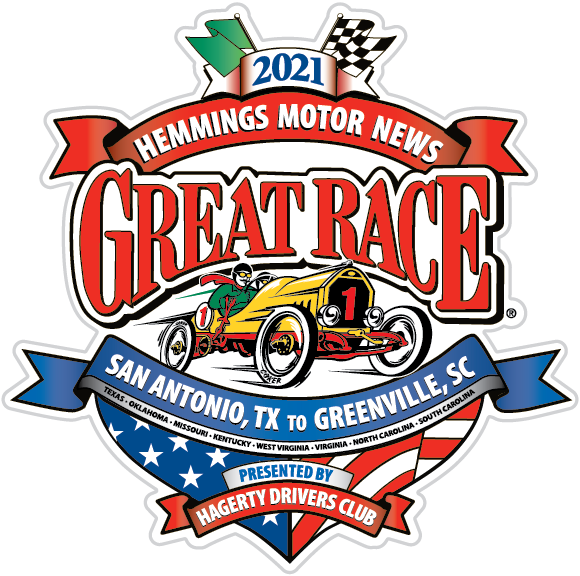 Kicking off the summer in style and cruising through downtown San Marcos, teams participating in The Great Race — a controlled-speed endurance rally — will stop for lunch on Saturday, beginning at 12 p.m.

San Marcos has a close connection with the great race as the late Dick Burdick, a San Marcos native who owned the Dick’s Classic Car Garage, participated in the first 25 consecutive Great Race events.

“The late Dick Burdick was a five-time winner of the event and he was from San Marcos, said Jeff Stumb, Director of The Great Race. “His family was involved in the event heavily for decades.”

Downtown San Marcos will host over 100 antique and vintage cars and their drivers, giving residents an up and close viewing opportunity. San Marcos will be the first pit stop for The Great Race, the first car will roll through just before noon and new cars will be coming in every other minute.

Since 1983, The Great Race has been challenging teams' dexterity to follow through stringent navigation instructions and endurance on a cross country trip. Each team, including a navigator and a driver, receives 220 to 250 instructions daily that indicate every turn, speed change, stop and start that the team must make throughout the course. Instead of speed, teams are scored on their ability to follow the instructions and arrive at designated checkpoints right on time. The tests of tenacity from this race  will start in San Antonio and end in South Carolina. Organizers of the race invite and expect a huge turnout from the San Marcos community and hope to give great support to the competitors on their long journey ahead.

“We are thrilled Great Race chose San Marcos as the first stop on their journey from San Antonio to Greenville, South Carolina,” San Marcos Convention & Visitor Bureau Director Rebecca Ybarra-Ramirez said in a statement. “It is going to be quite a sight to see all of the antique cars around downtown as the teams get lunch.”

Editor's Note: Flores worked as an extern for the Daily Record this week through a partnership with the San Marcos Area Chamber of Commerce, Workforce Solutions Rural Capital Area and San Marcos Consolidated ISD. Flores is an art teacher at Goodnight Middle School.