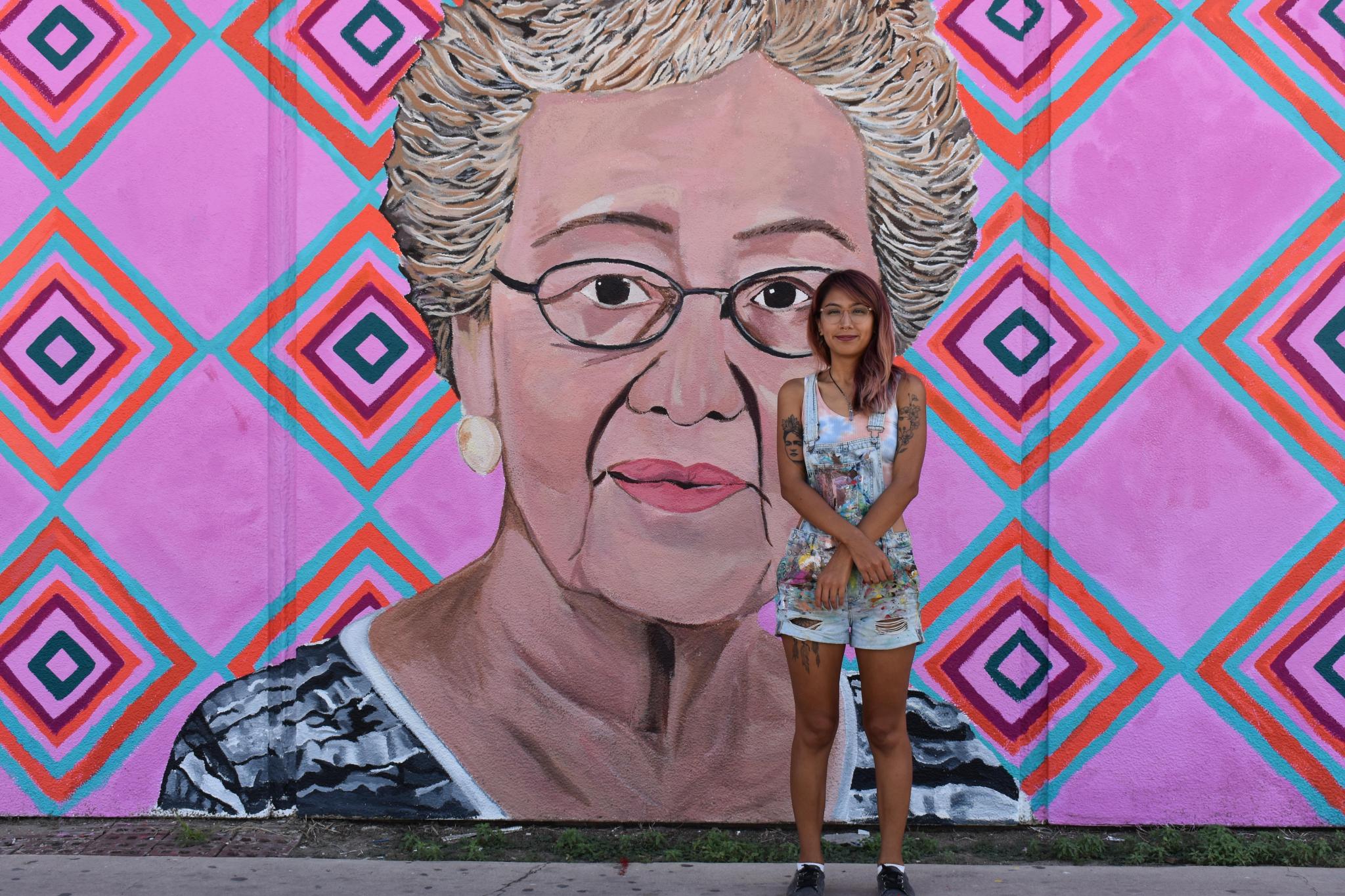 Above, Mano Amiga Arts and Advocacy Coordinator Dayann Pazmino stands next to artwork done for a mural highlighting significant Latinx figures that have impacted San Marcos. Below, the mural located at QC Meat Market at 115 TX-123. Daily Record photos by Alyssa Gonzales

HONORING HISTORY: Painting the wall of those who paved the way in San Marcos

While driving through town, you may have noticed a colorful difference on the wall of the QC Meat Market located at 115-TX 123.

The local grassroots, nonprofit organization, Mano Amiga has collaborated with the Council for the Indigenous and Tejano Community (CITC) to establish a mural highlighting significant Latinx figures that have impacted San Marcos.

“Art and culture are such an important thread in the fabric of Indigenous and Tejano communities and it's always been a way for us to tell our stories and to preserve our history,” said Bobbie Garza-Hernandez, co-founder of the CITC.

Ofelia Vasquez-Philo is the first figure represented on the mural. Vasquez-Philo is the founder of the Centro Cultural Hispano de San Marcos, a cultural community center that prioritizes the preservation, development, promotion, and celebration of the Hispanic arts, culture, heritage, and values. Vazquez-Philo also served as the first Latina woman on the San Marcos school board. Ofelia was highly involved in the community as a member of San Marcos Heritage Foundation, San Marcos League of Women Voters, the Hijas de Maria, the Archicofradia of St. John's Catholic Church, the St. Vincent de Paul Society, the Finance Council and the Bereavement Ministry of St John's Catholic Church.

The second individual featured is Tomás “Tommy” Cuevas Jr., founder of Cuevas Produce. The family-owned produce market was established in 1972 and Tommy was known as a reliable, hard-working individual throughout the community. Known as someone that many residents could go to for help and fresh produce, Cuevas Jr. managed to create a successful business that still stands today.

“A lot of individuals who live here or currently reside here in our communities may not know that history,” Garza-Hernandez said. “That history is lost if it is not preserved and shared.”

Pauline Espinosa is also featured within the mural. Espinosa was a well-known community leader and business owner in San Marcos. Pauline and her husband Jose started their first produce shop in the 1930s. Later, a larger structure would be built and named Pauline’s Grocery. Espinosa ran a successful business and helped those in her community by giving credit and assistance to families in need.

The final person included in the mural is Tomás Rivera. The Chicano author, educator and poet was a first-generation student born to migrant farmworkers. Rivera earned a degree from Texas State (then Southwest Texas State University) and a doctorate from the University of Oklahoma. Rivera would go on to win the first-ever Premio Quinto Sol award for his novella, “...y no se lo tragó la tierra.” Rivera was also the first Mexican-American to hold the chancellor position at the University of California, Riverside. 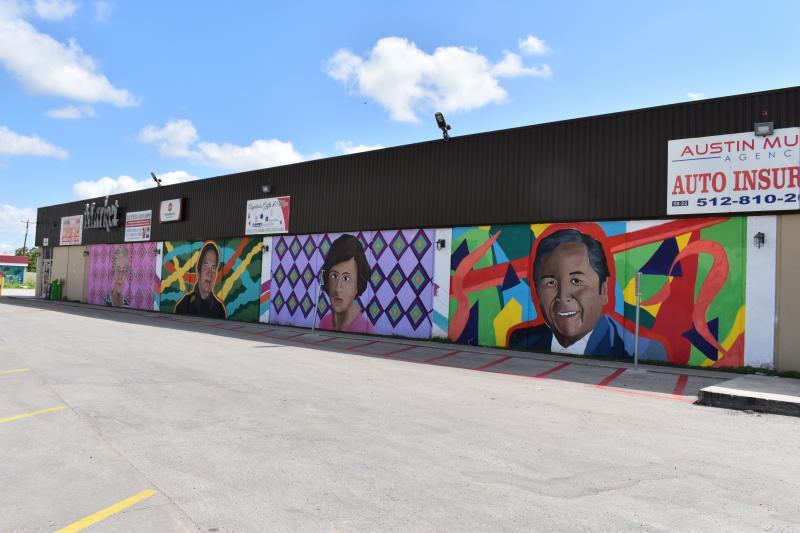 There will be a mural unveiling event on Aug.14 at the QC Meat Market from 7-9 p.m. for the organizations involved, the family members of those being honored and the San Marcos community.

The event will include speeches from family members of those featured in the mural and a reading of a poem by Tomás Rivera as well as food, activities for children and music.

Mano Amiga gives special thanks to the San Marcos Art Commission, Center for the Studies of the Southwest at Texas State University and the Poetry Foundation who played a large part in the establishment of the mural project.