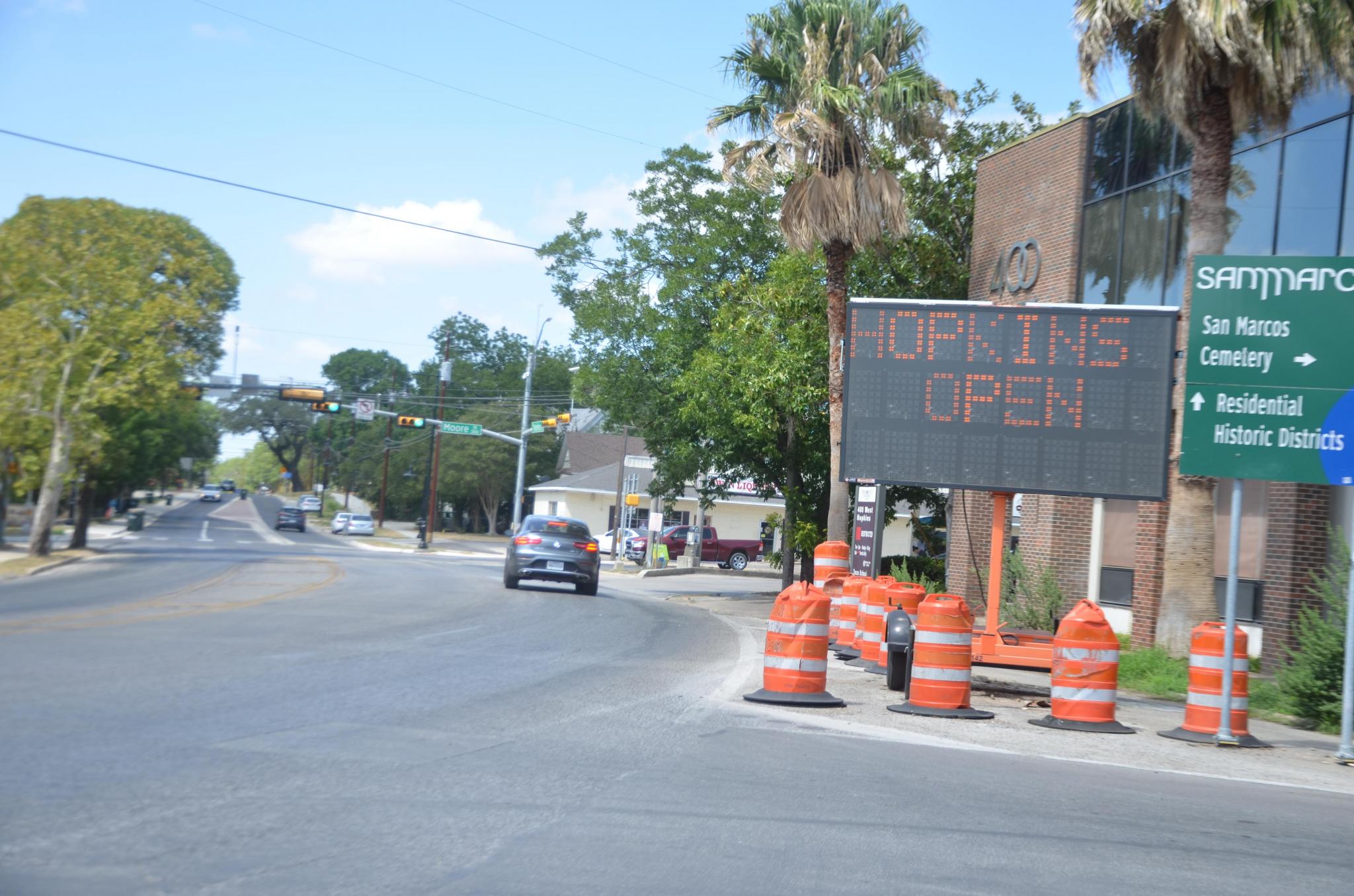 Hopkins Street between Bishop and Moore streets reopened to traffic Wednesday as the two-year Hopkins Street Improvement Project comes to an end. Above, a sign informs drivers that Hopkins Street is now open. Daily Record photo by Nick Castillo.

Hopkins Street reopened to traffic Wednesday as a two-year project comes to an end.

Construction on the Hopkins Street Improvements Project between Bishop to Moore Street began in May 2020 to address drainage problems and reconstruct the street.

“I think now that Hopkins is a historic neighborhood with the street completion that kind of wraps it up,” Reynosa said. “ I think with the project that it really completes the historic look and feel of the neighborhood.”

The city selected Jordan Foster Construction, an Austin-based company, as the construction contractor for the project. The project cost an estimated $10,070,388 with $3 million funded through a grant from the Capital Area Metropolitan Planning Organization. Reynosa said the project stayed within its budget.

Although the project was slated to be completed in 2022, Reynosa said it was anticipated to occur earlier this year.

“With COVID and the winter storm that we had, and product supplies, there have been some delays,” Reynosa said. “But, also, with as old as Hopkins was and the infrastructure underneath it, there’s a lot of unforeseen that when you start excavating, you find things that aren’t in the location that you assumed they were and so that typically happens with most [capital improvement] projects that we do. With that, that kind of pushed the timeline out a little bit. But I wouldn’t say it was extensive, it was still in the approximate time that we anticipated it to be done.”

Speeds down Hopkins Street between Moore and Bishop are 30 mph with reduced speeds at 20 mph at the raised intersections. Reynosa said the city would like to further address speeds on Hopkins with the completion of the improvement project.

“I know that’s something that’s important with the neighborhood is to reduce speeds, and we did that throughout the surrounding neighborhood and postponed addressing Hopkins until it was completed,” Reynosa said. “So, that’s something that we’re looking to follow up on is lowering the posted speed limit on Hopkins to, again, slow traffic and be conscious of those residents along Hopkins.”