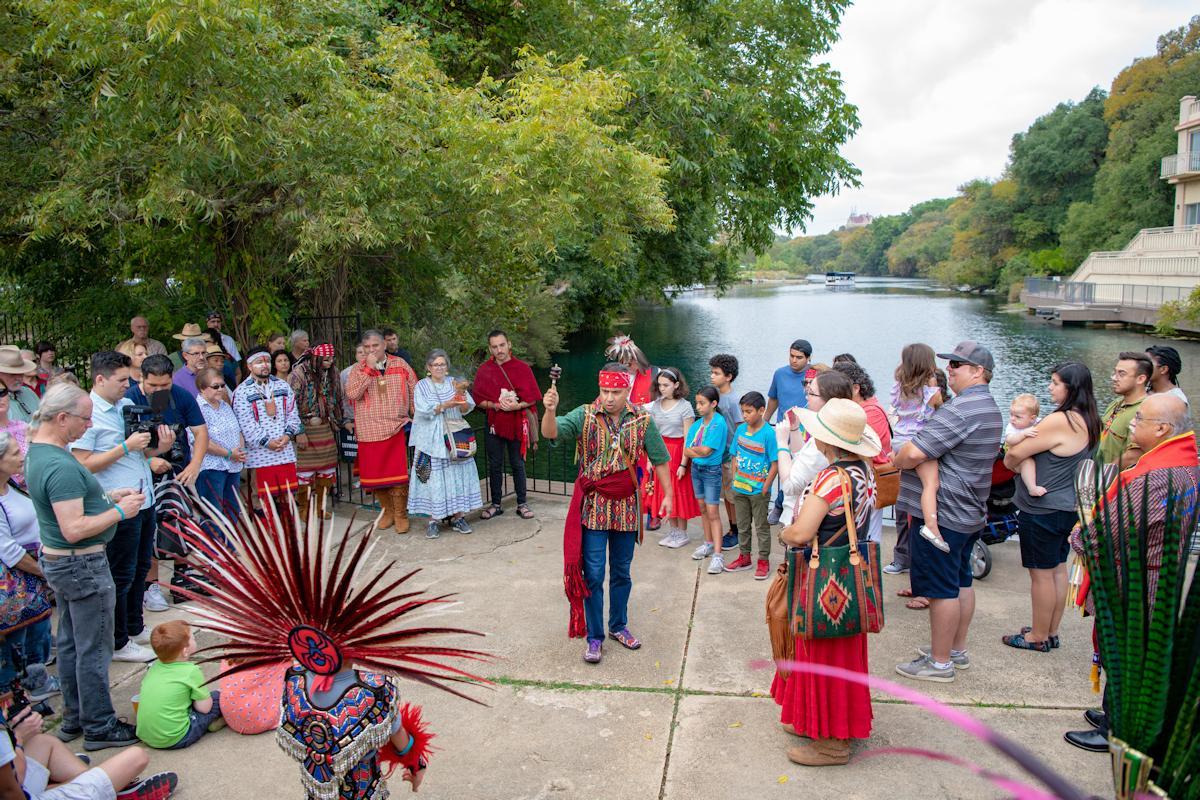 On Oct. 11, the Indigenous Cultures Institute will hold a press conference to announce plans to build the center and host a prayer rally at the steps of the Hays County Historic Courthouse at 6 p.m.

The institute will be joined by students from Texas State University in support of the center and encourage the community to provide input for the planning of the preservation site.

“Before we do anything, we need the community to tell us what they want in an Indigenous Cultures Center,” said Dr. Mario Garza, board of elders chair for the ICI. “It’s our way that the people speak first, and then the elders take action.”

The institute is planning and hoping for “meaningful dialogue” between the community and aims to listen and have a conversation with stakeholders, potential users of the center and those that may be impacted by the development of the project.

The current vision for the center includes placing 10 acres into public protection for continued stewardship that is free from emerging development. A goal is to set an example of environmental effectiveness in building construction and land use.

A public facility would include space for Indigenous art exhibits, performances and educational activities for local community members and out-of-town visitors as well as community gardens and medicinal herbal plantings as outdoor offerings and an amphitheater for large events like the powwow.

Previously, there have been plans to create a Mexican American and Indigenous Heritage and Cultural District for the City of San Marcos. The district would recognize the first Indigenous and Mexican families and neighborhoods established in San Marcos.

“We want to work extensively in the Hispanic neighborhoods, where we hope to build the Center, as near as possible,” says Garza. “We want to be an anchor for these families who have Indigenous ancestors going back 14,000 years.” 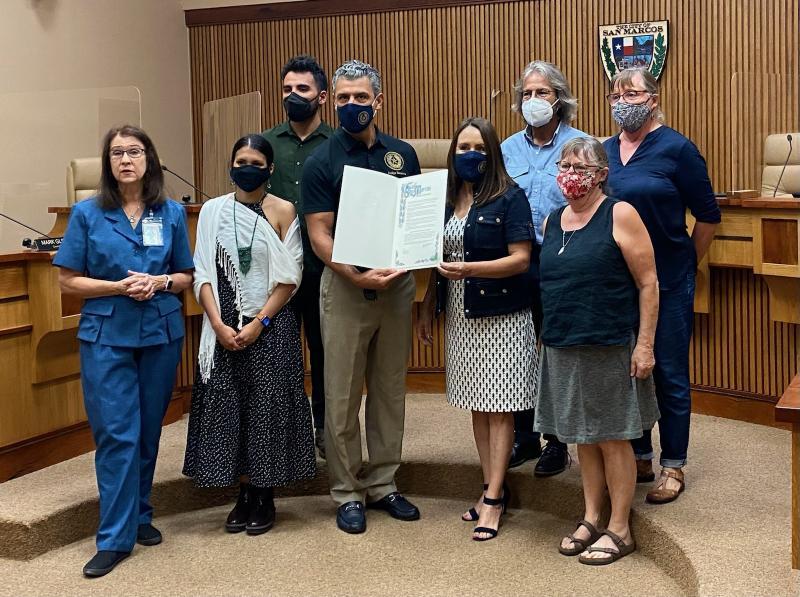 The Institute is seeking support from the City of San Marcos and Hays County and believes that they have an opportunity to create a unique land reparation effort towards the Hispanic descendants of the original Indigenous people of Texas.

According to the ICI, “The San Marcos City Council has already passed a resolution to explore the possibility of providing city property for the Center. Last month the Institute applied for Parks and Open Spaces bond funding to build the facility and create land protection, and is waiting for a final decision from the commissioners court.”

Community members can begin to voice their ideas about an Indigenous Cultures Center starting Oct. 11 via this link, https://indigenouscultures.org/center.