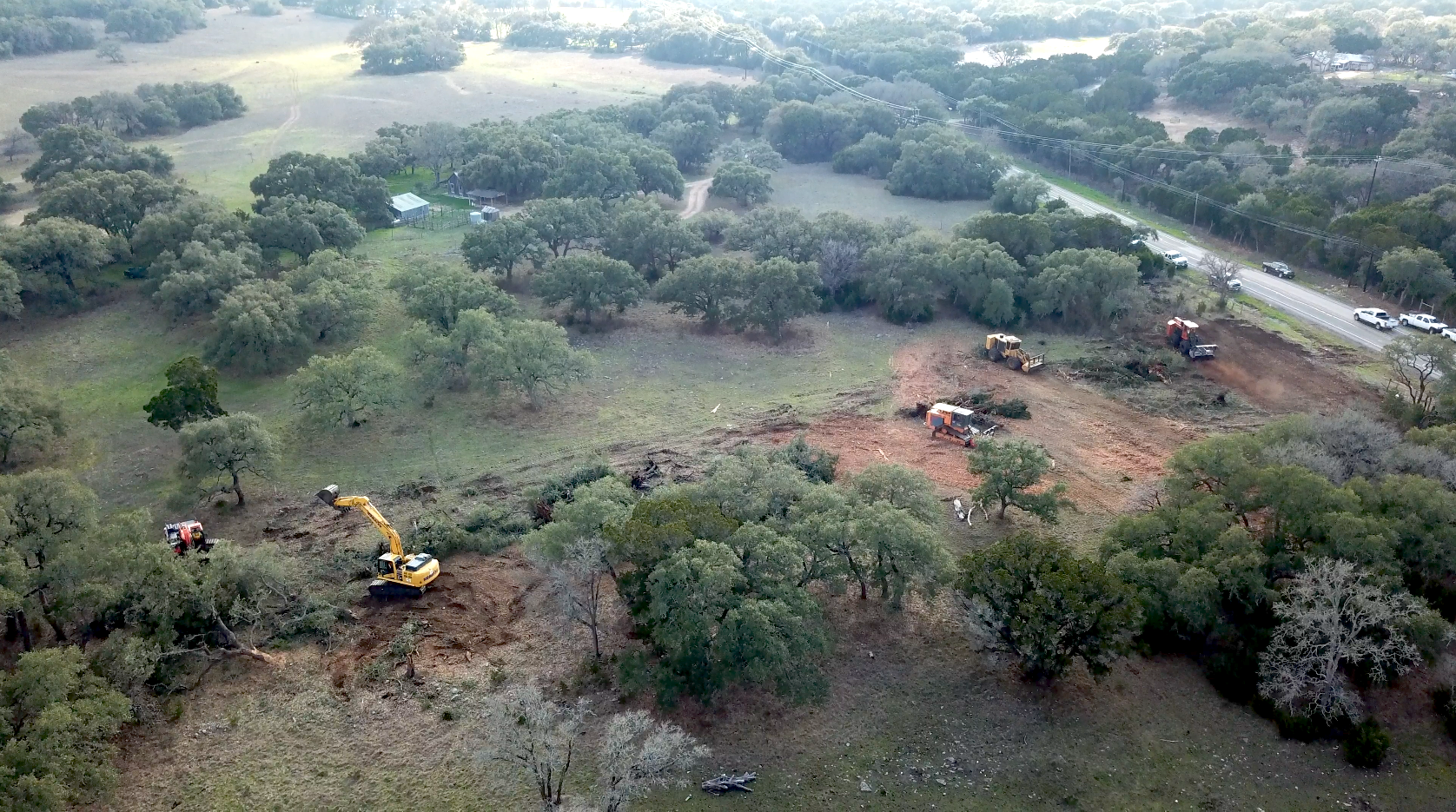 The clearing for the pipeline has already begun in Wimberley. This photo is taken at the corner of Ranch Road 12 and Old Oaks Ranch. Photos by John Brown/Big Ingen Media via Wimberley View

Morris reaffirmed his decision vacating the U.S. Army Corps of Engineers’ Nationwide Permit 12 (NWP 12) in the Keystone XL case. The nationwide permit allows for pipeline construction across waterways without the necessity of individual permit review by the corps of engineers. Reaffirming the decision to vacate the permit is expected to slow construction of the Permian Highway Pipeline (PHP) as it crosses Blanco and Hays counties while individual permits for each water crossing are acquired, according to the Trinity Edwards Springs Protection Association.

Morris’ new opinion is similar to the original decision issued on April 15 with the exception that maintenance operations and some other minor changes are allowed. Otherwise, Morris maintained his earlier decision and refused to issue a stay in the effect of his decision pending appeal to the 9th U.S. Circuit Court of Appeals.

The ruling is expected to have a major impact upon the PHP project currently under construction in the Texas Hill Country using NWP 12. According to Charles Irvine, attorney for the Trinity Edwards Springs Protection Association, an opponent to the pipeline, “The new order appears to apply to new construction projects such as the PHP. We will all be watching closely to see how the corps interprets this new decision.”

“They need the Nationwide Permit 12 to cross major waterways like the Blanco River,” said David Baker, executive director of the Wimberley Valley Watershed Association. “Whether they need a new permit for each of the some 440 stream crossings they are going to cross between Waha and Katy is unsure. We think right now that means they can’t cross or bore through without that permit and that they would have to get new individual permits for each crossing.”

Baker explained they believe a Nationwide Permit 12 is not appropriate for the karst in the local region because every crossing is unique with different sinkholes and proximity to drinking water. The WVWA also believes it means that the National Environmental Policy Permit Act would apply and there would need to be a full environmental impact survey for each crossing.

The PHP has been the source of much controversy and legal opposition since its inception, but opposition recently increased due to the discharge of drilling fluids into the Trinity Aquifer by the pipeline’s sponsor Kinder Morgan during construction of a crossing beneath the Blanco River. This release of drilling fluids has contaminated several water wells for homeowners solely dependent on aquifer groundwater, who have not had drinking water for over a month. Additionally, the Hays County Commissioners Court recently voted to immediately rescind the permits which allowed Kinder Morgan to cut through and drill underneath county roads.

Executive Director of TESPA Patricia Cox said, “We have been working with our lawyers on various theories to protect our groundwater and springs and rivers that are central to our Hill Country way of life. We have not had much help in this fight from state and federal authorities. We are all simply thankful for a brave federal Judge in Montana whose ruling gives us time to make important arguments in court.”

Kinder Morgan did not immediately respond to a request for comment.

On April 8, TESPA issued notices of intent to sue the PHP project and Kinder Morgan for violations of the Safe Drinking Water Act, the Resource Conservation and Recovery Act and the Clean Water Act. Those suits cannot be filed until the 60-day notice period has expired and the federal courts gain jurisdiction to hear their claims.