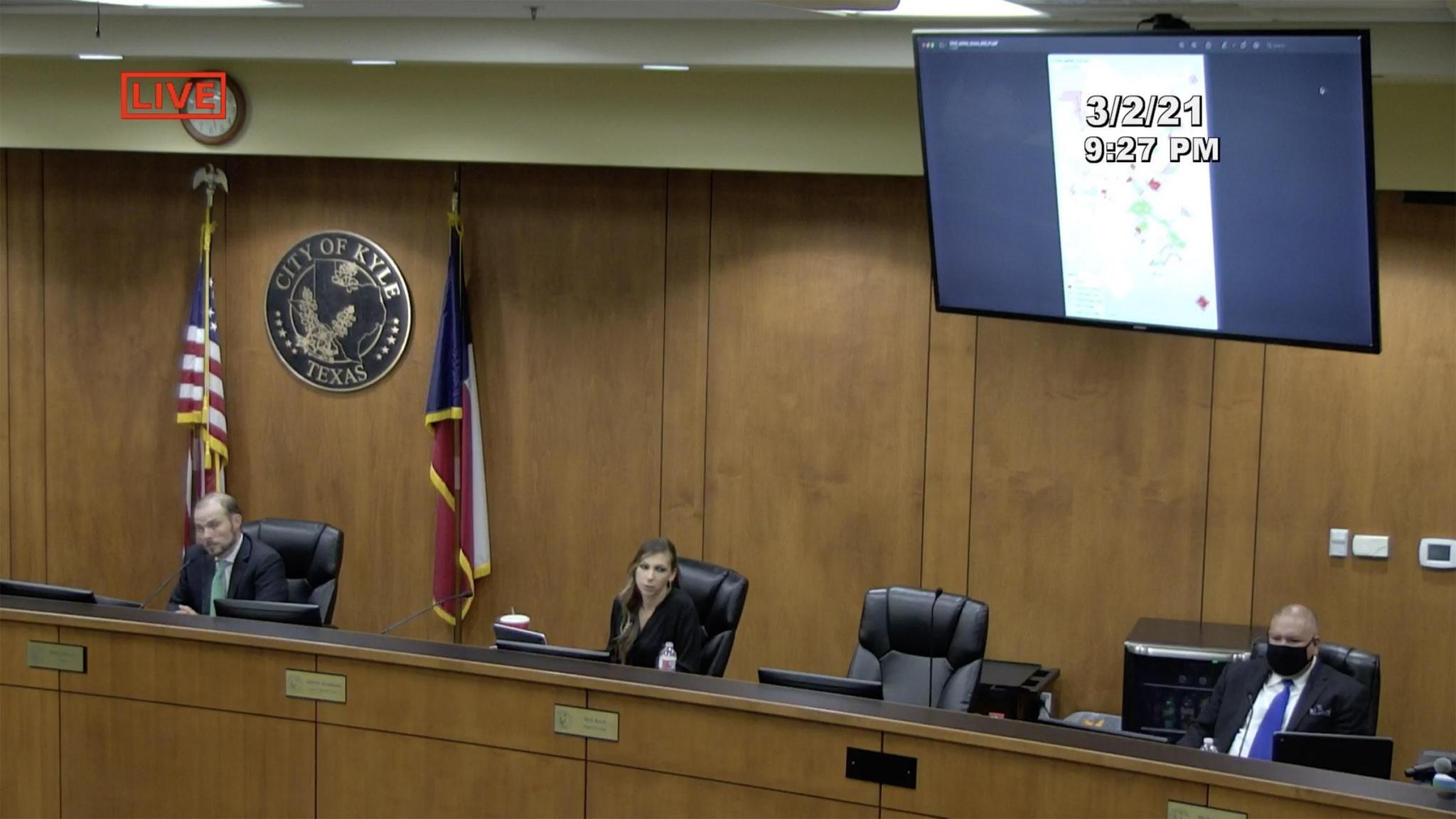 A screenshot from the Kyle City Council meeting video

A proposed ordinance restricting the proximity of certain sex offenders’ residency was postponed after an attempted first reading by the Kyle City Council on Tuesday.

Presented by Chief of Police Jeff Barnett, the new draft included additional defined language for clarification and exemptions for certain sex offenders who qualify. The revised ordinance would not impact any registered sex offenders of minors currently residing in Kyle — effectively grandfathering them in unless they move within city limits — or those needing to live long-term at a hospital or inpatient facility.

“I think it’s a good idea that we grandfather these people that are here,” Councilmember Yvonne Flores-Cale said. “If it affects zero people who are currently here, I guess I don’t understand the problem because the new people coming in will know our ordinance. This is not about punishment; this is about protection for our kids.”

Mayor Travis Mitchell said although he is for the ordinance he would like to see the proposed ‘Child Safety Zones’ establish a 500 feet perimeter around premises where children commonly gather such as parks, schools and walking trails instead of the initially presented 1,500 feet.

“Based on the community’s comfort level, it makes a lot of sense to make sure that (sex offenders of minors) are out of line of sight of where children gather,” Mitchell said. “That seems like a humane way to protect ourselves. But to then push that boundary and say that we’re gonna create a map in such a way that they’re now being pushed all the way out of the city and don’t have a realistic place within any neighborhood to live, then we’ve changed the discussion altogether. And we’ve gone from trying to protect our children to trying to kick a certain group of people, who have rights, out of our city.”

After much debate, Councilmember Dex Ellison motioned to postpone the first reading of the ordinance in order to further research and review council’s options.

Under direction of the members and City Attorney Paige Saenz, the Kyle Police Department is expected to present a new draft for first reading at a next meeting.