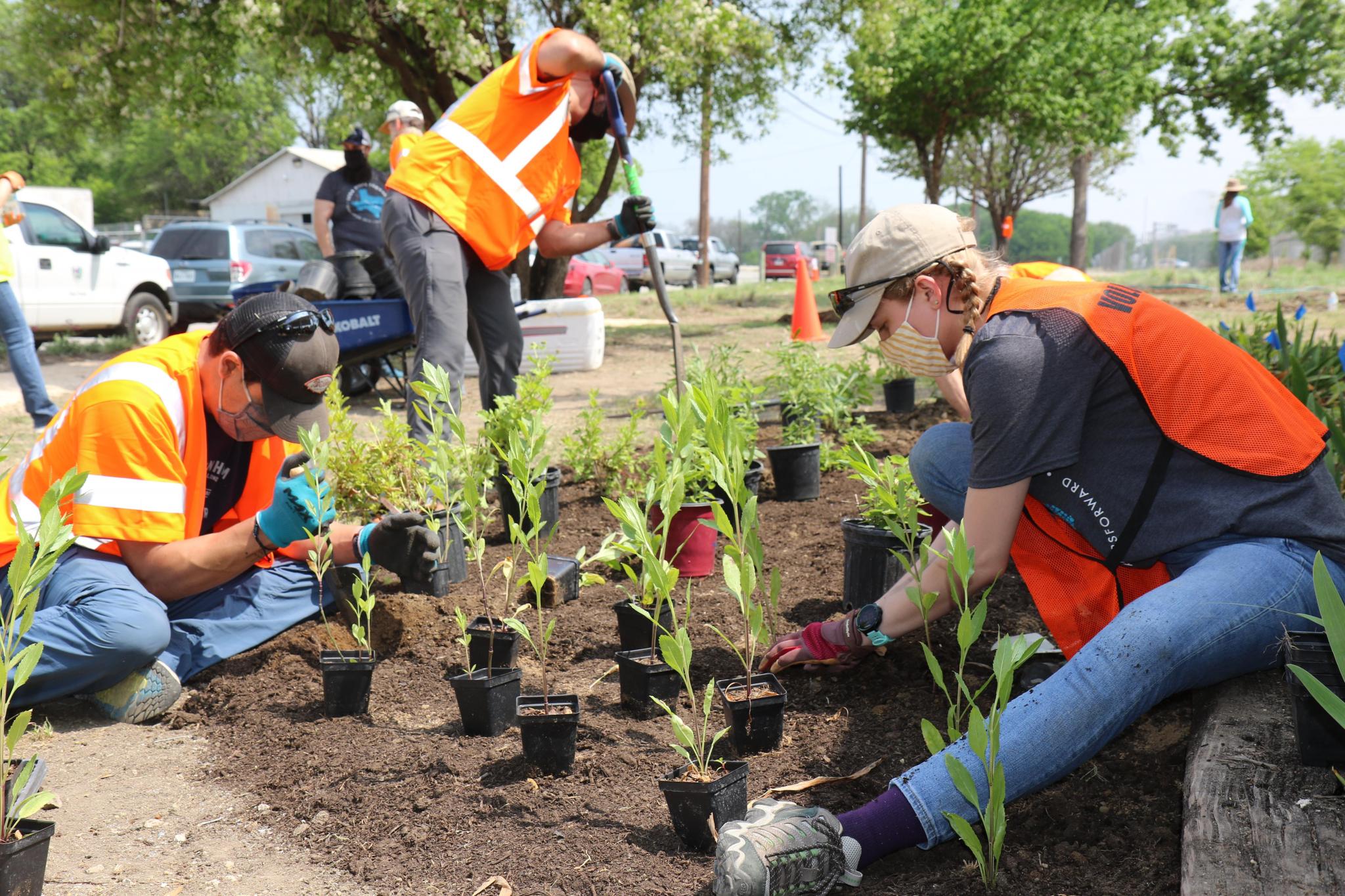 The Lower Colorado River Authority selected the City of San Marcos as a recipient of its Steps Forward Day program for the third consecutive year.

The LCRA’s annual program encourages its employees to give back by completing service projects in communities across the state.

“This area serves as an entrance to downtown San Marcos and we’re excited to enhance it as part of our ongoing efforts to activate the area,” Downtown Coordinator Josie Falletta said in a statement. “We’re grateful to LCRA and all of its volunteers. Our community will notice a night and day difference in the area because of the hard work they put into this project.” 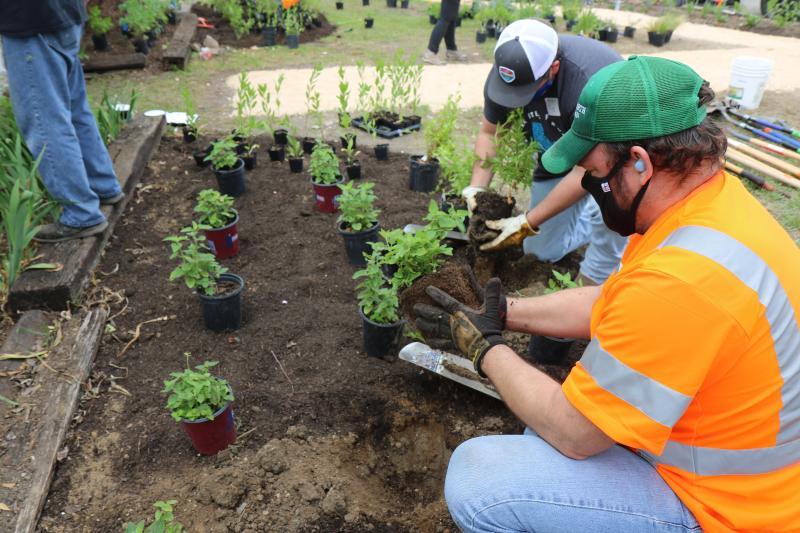 Additionally, Union Pacific Railroad also contributed supplies and volunteers to the project, picking up trash and removing weeds ahead of planting with help from the Lambda Omega Alpha fraternity. Union Pacific also offered to purchase a new wrought iron fence which will be installed at a later date along the railroad tracks behind the train pavilion. 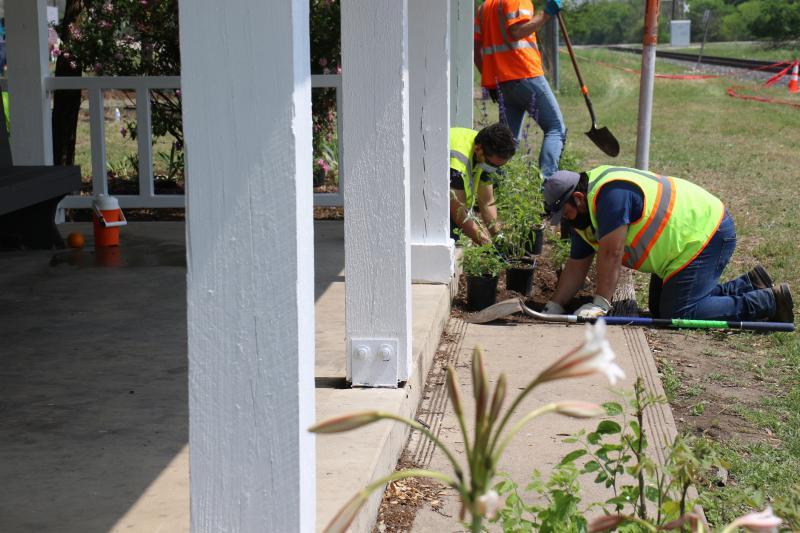 San Marcos is among more than 30 communities across Texas to host a project as part of LCRA’s Steps Forward Day. Other participating cities included Austin, Burnet, Fredericksburg, Lockhart and Marble Falls.