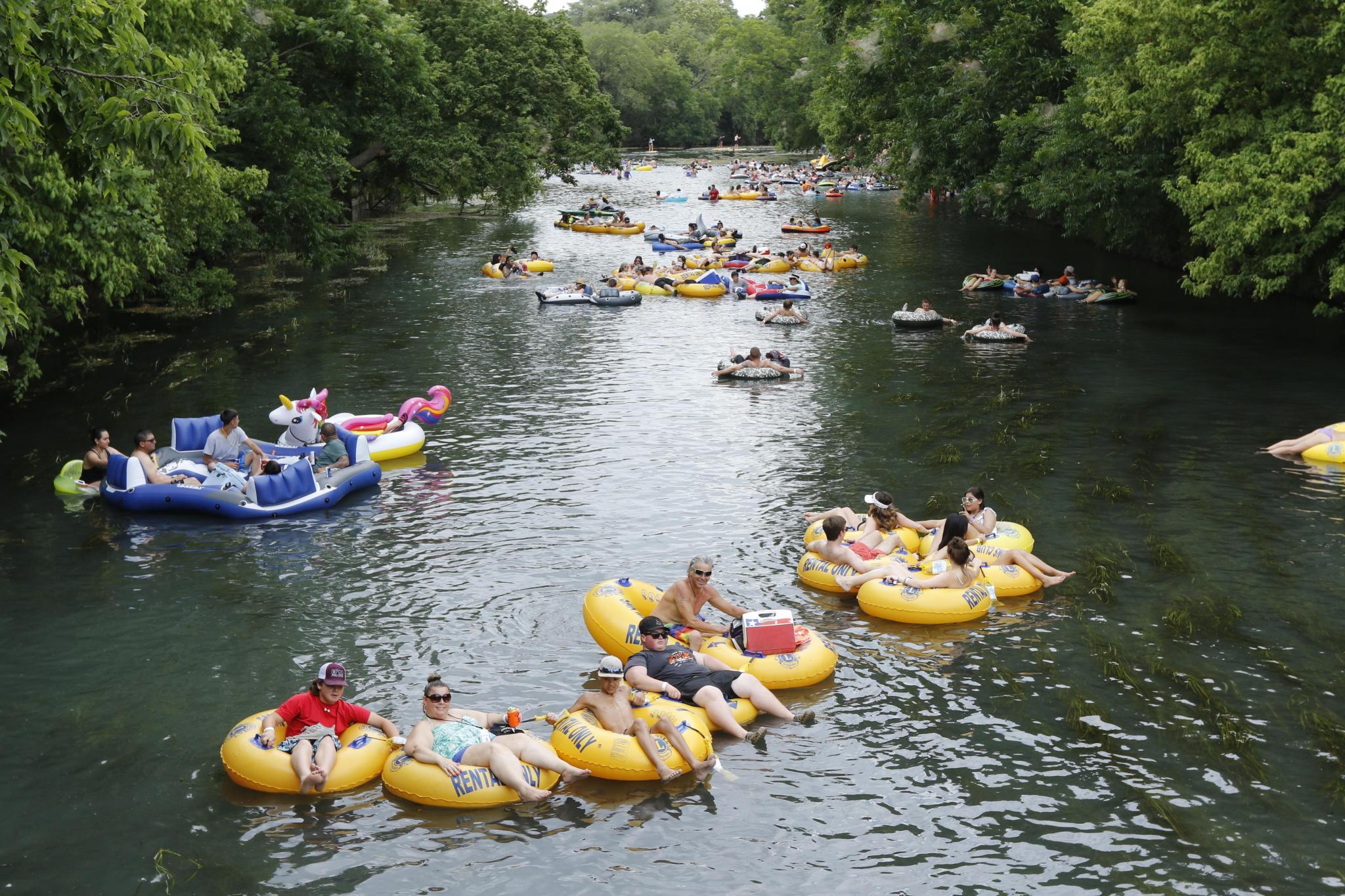 The San Marcos City Council voted to approve a new lease agreement with the San Marcos Lions Club for the Tubing Rental Facility in their meeting Tuesday night. Above, tubers use Lions Club tubes to float the San Marcos River during a summer day. Daily Record file photo

The San Marcos City Council approved a new lease agreement with the San Marcos Lions Club for the Tubing Rental Facility during its meeting Tuesday night.

After many public commenters rallied in support of the Lions Club and a failed motion to sell disposable cups to generate more revenue for the city, the councilmembers voted 6-1 to approve the lease as it had been negotiated.

“The San Marcos Lions Club is very pleased with the outcome of last night’s city council vote to approve the amendments that were proposed by us,” San Marcos Lions Club President Dennis Gutierrez told the Daily Record in a statement Wednesday. “We feel that the new lease agreement will benefit both the city and the Lions Club for the foreseeable future.  We are anxious to open our tube rental on May 1st and want to remind everyone that we will have social distancing requirements in place and require masks while riding in our transportation vehicles.”

Councilmember Maxfield Baker was the sole no vote, although he was not the only frustrated councilmember over lack of requested information and communication between the councilmembers and the Lions Club throughout the negotiation.

The City of San Marcos leases the facility used by the San Marcos Lions Club Tubing Rental on a five-year, voter-approved lease term that started in 2011. With the next renewal deadline approaching on April 11, the Parks and Recreation Advisory Board took the opportunity to look at the lease and see if it could get a better deal for the city, given recent budget constraints and financial impacts to residents from increases for park fees and rental facilities.

The parks board suggested increasing rent, closing the tubing operations certain days to allow the river to recharge, and imposing a $2 tubing fee, but city staff ultimately recommended agreeing with the concessions and suggestions made by the Lions Club, citing that the lease had to be agreeable to both parties.

“We felt it was important to adhere to what was agreed to in 2011 that was already negotiated at that time and approved by city council,” Director of Parks and Recreation Drew Wells said. “The Lions Club was receptive in understanding that the city wants to generate more revenue for parks.”

After several Parks and Recreation Advisory Board meetings and a city council work session on March 16, the amended lease that was passed did not include all that was suggested by the parks board, but included several revenue generating mechanisms that could earn the city more than $30,000 each year, without raising rent more than was agreed upon in annual increases in 2011.

They also agreed to increase litter pickup to 18 hours per week and to expand the geographical area where they clean up.

Lastly, the lease renewal deadline will move from April 11 to October 1 of the preceding year starting on the next five year renewal. This modification was made in consideration of the lengthy negotiations that occurred during the recent renewal process, resulting in an approval just five days before the lease renewal date.

“I think it would have made more sense to increase the rent, so that we can guarantee the safety of the people utilizing Lions Club services because our park rangers are currently underfunded, and we can’t use donations for salaries,” said Baker, stating he was advocating for a fiscally and environmentally conservative lease.

Baker and other councilmembers had supported exploring closer to market value rent for the riverfront property. However many supported the lower rent to ensure more of the Lions Club’s million dollar revenue could be donated to local nonprofit organizations. The Lions Club has donated an average of $375,000 annually over the past few years.

Councilmember Melissa Derrick suggested stipulating that the Lions Club sell reusable containers designed by the city to both generate more revenue for the city and promote less trash on the river. The motion failed 4-3 with those opposed saying it was too late to implement such a project.

“I know this wasn’t an easy process and I want to thank (staff and Lions Club) for their efforts on coming up with something that I think is a very fair negotiated contract,” Councilmember Mark Gleason said. “Look the voters approved this overwhelmingly, and I think we owe it to them and the Lions an opportunity to get this approved tonight.”

Gutierrez said the Lions Club wants to continue to have a “solid working relationship with the City of San Marcos.”

“We depend on each other to make our city and our natural resources a place for people to want to come and enjoy what we have to offer,” Gutierrez said. “Our many thanks to all.”