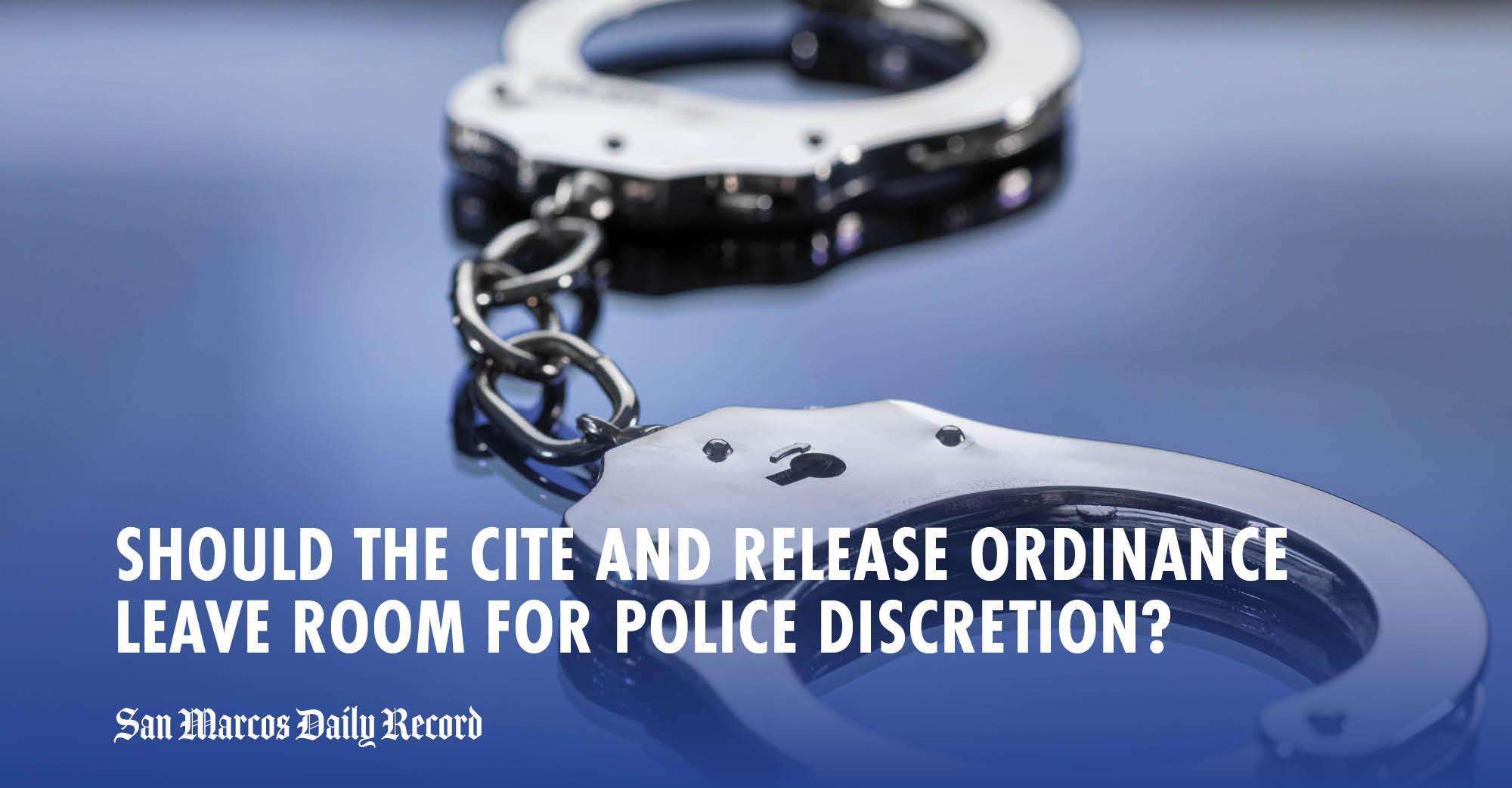 The Record’s online poll from Oct. 18-Nov. 1 asked readers whether they think the city’s prospective cite and release ordinance should leave room for police discretion.

City policy on cite and release is one step closer to coming to fruition after the San Marcos City Council heard an update from the Criminal Justice Reform Committee on Oct. 15 about their progress on a draft cite and release ordinance.

Cite and release under state law allows peace officers to issue citations for Class C misdemeanors, as well as certain Class A and Class B misdemeanors, instead of making an arrest.

The committee’s draft states that “City Council supports the SMPD’s increased use of the cite and release process, rather than arrest, for individuals suspected of committing the following offenses: 1. Class C misdemeanors other than public intoxication or assault. 2. Possession of Marijuana less than 4 oz., Class A or B misdemeanor 3. Driving with License Invalid, Class B misdemeanor.”

The draft ordinance originally was written by Anita Gupta before being adjusted and changed by the criminal justice reform committee. Gupta, staff attorney for Immigrant Legal Resource Center, expressed concern saying all cite and release eligible offenses should be included in the ordinance, instead of limiting support for cite and release to possession of marijuana, driving with license invalid and Class C misdemeanors. She also said that supporting the use of the cite and release process doesn’t actually mandate any action.

City Lawyer Michael Cosetino said a deciding factor for the committee and for council is whether they would like an ordinance that mandates police to use cite and release for all eligible offenses, or continues to allow police to exercise their discretion.

A majority of poll voters think the cite and release ordinance should not leave room for police discretion. Every week, the Record gives its readers the opportunity to voice their opinions on different topics. This poll does not, and does not purport to accurately depict public opinion. It is only intended to inspire thought-provoking discussion within the community.

SMDR’s new poll is available online now and asks for readers’ opinions on whether they think Daylight Savings should be permanently banned. It can be voted on now.