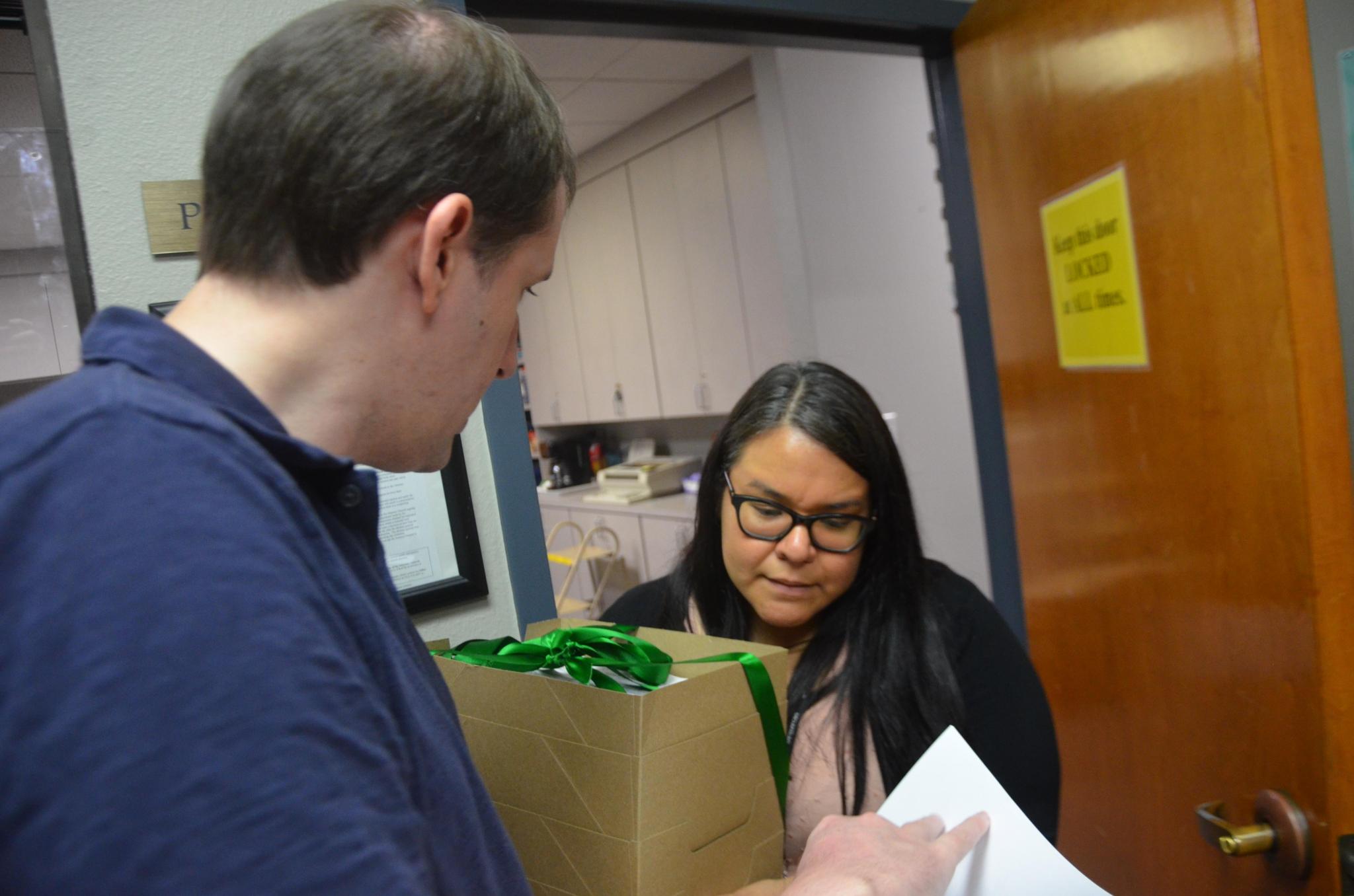 Above, signatures for a petition to decriminalize marijuana up to 4 ounces was turned into the San Marcos City Clerk's office on June 1. Daily Record file photo by Nick Castillo

San Marcos voters will get to decide if they want to decriminalize marijuana possession in November.

The San Marcos City Council received a certified petition that would initiate a new City of San Marcos ordinance to eliminate enforcement of low-level marijuana offenses in the city during Tuesday’s regular meeting. The council then took action to provide direction to city staff to add the ordinance included in the petition as a proposition on the ballot for the Nov. 8 election.

“I think this is going to pass with over 70% in San Marcos,” Councilmember Jude Prather said. “I think this is a San Marcos issue. But it’s really a federal issue and a state issue. The feds and the state need to get with the times.”

The ordinance proposed would end citations and arrests by the San Marcos Police Department for misdemeanor possession of marijuana up to 4 ounces. San Marcos police, however, could cite an individual or make an arrest for Class A or Class B misdemeanor possession of marijuana if it’s a part of an investigation involving a felony-level narcotics case or the investigation of a violent felony.

On July 16, the petition's certification was invalid, however, it became valid after a recount was conducted. According to a memo sent from Interim City Clerk Elizabeth Trevino to Mayor Jane Hughson and the city council, of the 10,624 signatures, 4,667 signatures were verified and 5,957 were invalid.

During Tuesday’s meeting each councilmember supported adding the petition to the ballot but a discussion took place whether to pass the ordinance as written, or add a separate proposition to the ballot with similar language but a lesser amount of marijuana up for decriminalization.

“Do we want to put a Proposition B that would be the same but smaller amounts?” Hughson asked. “Because, I get what you’re saying, that may help guarantee that something will get passed if we’ve got people going, ‘I’m not gonna to go with 4 [ounces]’ because I’m hearing from people that they don’t want four. They’re good with smaller, they don’t want four. So, it’s a risk that this is going to fail.”

Council would still have been required to place the certified petition on the ballot if it added a separate proposition with a lesser amount of marijuana. Both propositions would've been up for a vote and the one that received the most votes — if they both received a majority — would become the ordinance enacted into city law.

Councilmember Mark Gleason was a proponent of adding a separate proposition with a lesser amount, saying that a compromise could get voters who are against decriminalizing up to 4 ounces of marijuana to approve a smaller amount.

“This is a way to, if the movement is to help out the low-level offenders, this is something that I’ve heard from some people that you may get their vote and it’s a way to not just have a 51% majority,” Gleason said. “The more support you have from the community, the more likely this is to pass and stay and not be changed in the future. Right? I don’t know what the reason was that you chose that amount to put on the ballot, or to put on the petition. But it’s something there is a concern about.”

Gleason said he was also concerned about the dollar value of 4 ounces of marijuana.

“We’re not talking about old Mexican weed that used to be really cheap,” Gleason said. “Four ounces, I don’t know what it’s going for these days, if it’s going in individual amounts, but it could be several thousand dollars … I have friends that live in Colorado, I know what they pay, it’s expensive. But even then, are we talking about something that could get someone robbed, or hurt? I’m just saying, it’s not a small amount, it just draws attention which it could harm somebody.”

San Marcos Chief of Police Stan Standridge said 4 ounces of marijuana could “conservatively roll 226 joints, that’s if you put a half a gram of marijuana in each joint.”

Gleason also brought up that the ordinance would only be applicable to SMPD. The ordinance, if it passed, would not bind Texas State University police, Hays County Sheriff’s Office or Texas Department of Public Safety to decriminalize up to 4 ounces of marijuana in San Marcos.

“What it does is it means you could still get arrested in San Marcos by the sheriff’s department, by Texas State and by DPS,” Gleason said. “We need to let everybody know that what happens here, it’s just the San Marcos Police Department. I just wanted to clear the air on that.”

“That ultimately needs to be navigated,” Standridge said. “If you are in possession of a misdemeanor, class A misdemeanor amount of marijuana … then it is a felony offense if you’re in a drug-free zone, which is 1,000 feet from any school campus. That also needs to be stated.”

Prather said he wanted to pass the ordinance as written in the petition. He was also against placing two rivaling propositions on the ballot.

“I don’t think we should have two competing ballot languages. I think that just mucks it up,” Prather said. “It’s either let’s go ahead and pass this ordinance now because a clear message needs to be sent. Our federal laws are behind on this issue. Our state laws are behind on this issue. Our general public would, I think, overwhelmingly support this. I think our best options are let’s just go ahead and pass it as written.”

Councilmember Alyssa Garza said it’s important to put the petition on the ballot.

“I think there needs to be that strong stance that only comes from it being on the ballot,” Garza said. “Because, even with the petition, some folks are like, ‘It’s only 10,000 [signatures]. Only 4,667 were valid.’ But if we put it on the ballot then the people, everybody, not just the folks that our neighbors knocked on doors, they’ll all have their opportunity to voice their opinion.”

The council, ultimately, chose against adding an additional proposition to the ballot with a lesser quantity of marijuana.

Councilmembers agreed to provide direction to staff to add the petition ordinance as a proposition on the November ballot.