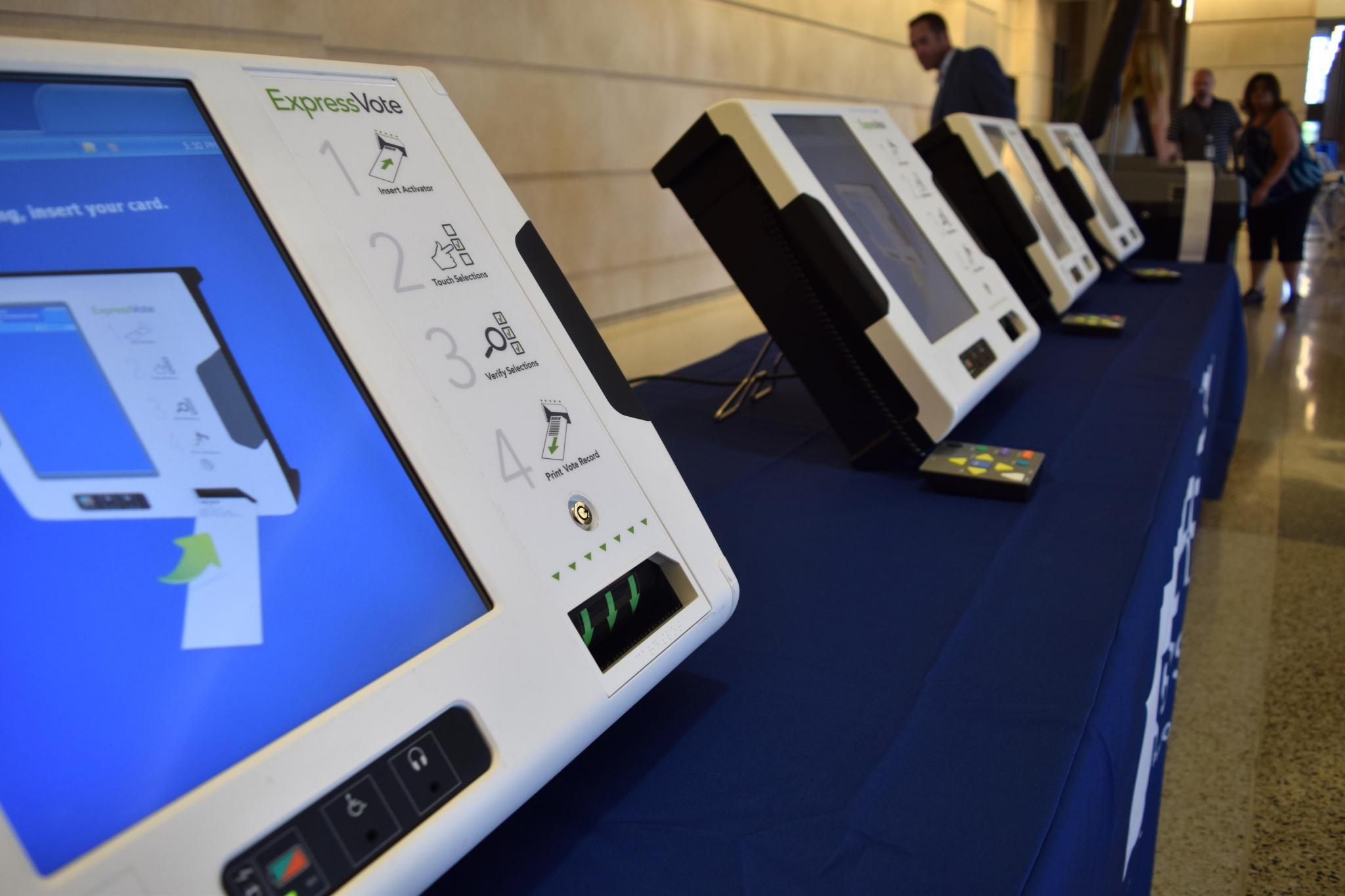 The Hays County Commissioners Court will discuss and take possible action to select a new voting system for the county at its Tuesday morning session.

Three years later, the commission will choose between two voting systems that have a paper-backed voter verification option, or hybrid option, which will allow voters the opportunity to review their votes before casting their ballot. A paper review option also allows county election officials to have an audit trail.

“It’s been a long time coming. We’ve been working on this and talking about this about a year and a half,” Hays County Elections Administrator Jennifer Anderson said at the June 4 workshop.

Hays County has used a Hart voting system for more than a decade, said Felice Liston, director of sales for Hart InterCivic. She presented Hart’s Verity Duo System, a touchscreen hybrid system that includes paper-ballot verification. After voters make their selection on the electronic system, a ballot is printed for review before being scanned by a precinct scanner, which stores votes.

Hart services half of Texas counties, according to Liston, and is headquartered in Austin.

According to a representative from ES&S, only a handful of counties in Texas, Tennessee and Kentucky still use fully-electronic voting systems. ES&S presented its ExpressVote System, which is used in 55 counties across Texas and also includes paper-ballot verification. According to a representative from ES&S, Travis, Williamson, Guadalupe, Bastrop and Caldwell counties all use the ExpressVote System. Over 40 counties in Texas have successfully used the system in their elections.

At the June workshop, representatives from both Hart Intercivic and ES&S demonstrated their voting equipment to commissioners.

“I can tell you that ES&S has taken serious steps to up our game when it comes to cybersecurity...” Wlaschin said. “ES&S is partnering with Homeland Security in a number of different ways.”

In other business, the court will vote on a proclamation declaring August as National Immunization Awareness Month.

The proclamation “urges parents, young people and adults to make sure that they and their loved ones are up-to-date on their immunizations. Being up-to-date protects them, their families and our community from preventable diseases. The court also encourages businesses, government agencies, community-based organizations and service groups to spread the immunization message throughout their communities.”