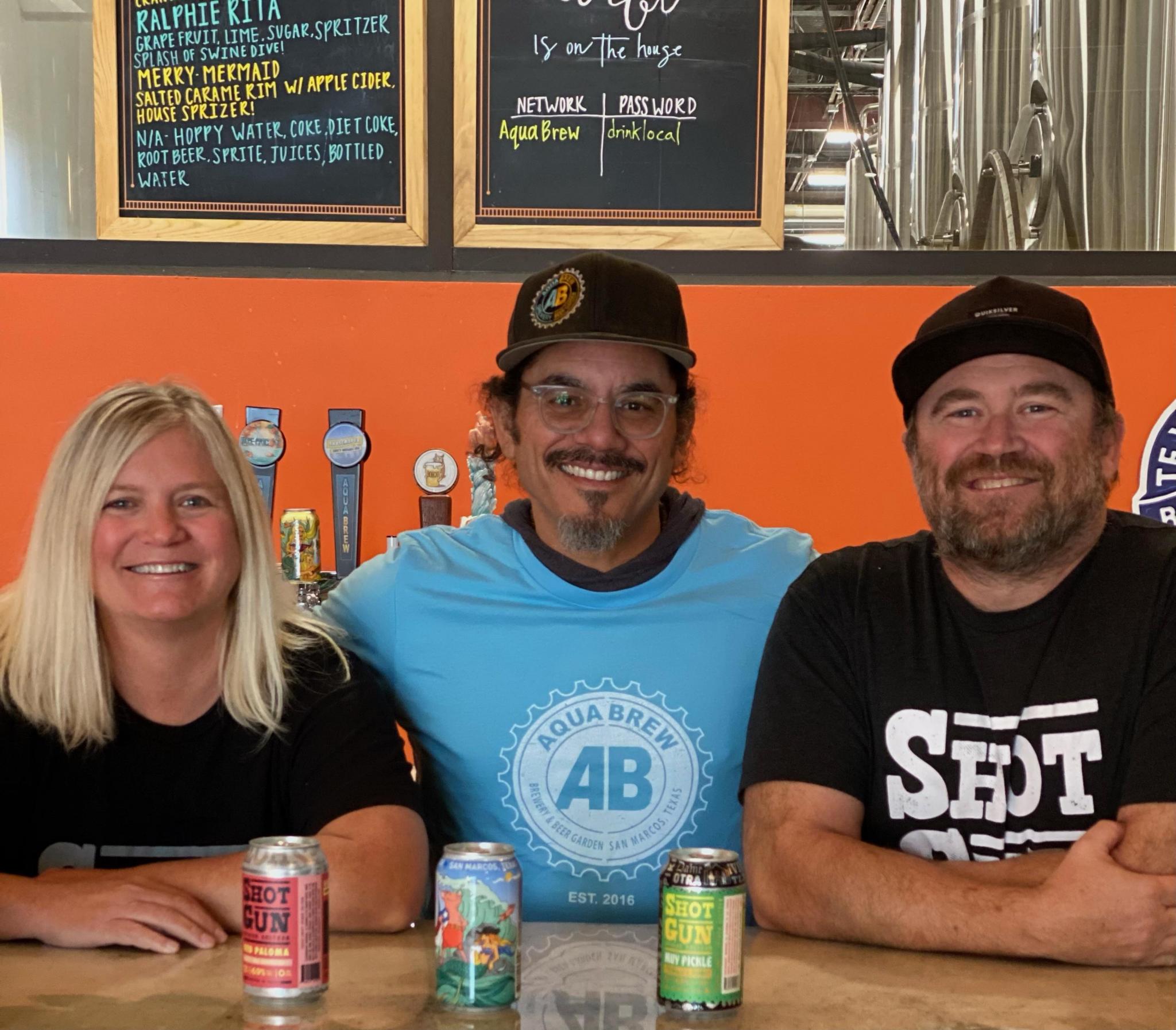 AquaBrew recently announced that it has joined forces with ShotGun Seltzer to merge and create an opportunity for both brewers to capitalize on each other’s strengths. Photo courtesy of Lori Foster

Optical retailer Eyemart Express will open its first store in San Marcos on Jan. 17 at the Guadalupe Crossing Shopping Center.

“Demand has grown in Central Texas for affordable, high-quality eyewear that you can wear home on the same day, and now we can immediately help customers in San Marcos see clearly at our newest location,” San Marcos Eyemart Express Manager Daniel Medina said. “You will save time and money when you shop with us because our expert opticians and lab technicians handle everything on-site. Convenience and value are so important, especially during this time of year. We make prescription eyewear accessible to everyone and every budget.”

The San Marcos store located at 200 North Interstate 35 will have an on-site lab and skilled lens technicians who can make high-quality glasses and prescription sunglasses in as little as 30 minutes. The retailer carries more than 2,000 frames at accessible price points for the whole family from brands like Ray-Ban, Coach, Nike and Disney.

San Marcos residents have the choice of either visiting the independent Doctor of Optometry next door to the new Eyemart Express store for an eye exam or they can bring in an existing prescription from their eye doctor.

For additional information regarding Eyemart Express or to find other locations, visit www.eyemartexpress.com.

One local San Marcos brewery is looking to become a part of one of the largest craft brewers in the region. AquaBrew recently announced that it has joined forces with ShotGun Seltzer to merge and create an opportunity for both brewers to capitalize on each other’s strengths.

AquaBrew, the maker of Swine Dive IPA, began in San Marcos in 2016 and later expanded into a full production facility that includes a 20,000 sq. ft. production floor, taproom and beer garden in 2021 — located at 110 E. Martin Luther King Dr., Suite 130.

“We have a large, state-of-the-art facility but we needed help with expanding our distributor network and scaling sales across Texas and beyond,” said Carlos Russo, Founder of AquaBrew. “This merger allows us to tap into ShotGun’s 80-plus years of combined experience, distributor and retailer relationships.”

ShotGun Seltzer got its start in 2019 from 25-year beverage industry veterans, Brad and Lori Foster, and began as a draft-only seltzer offering in Austin. Since then, it has grown to over 4,000 retail and on-premise accounts throughout Texas, New Mexico, and Oklahoma.

“For us, AquaBrew was a perfect fit,” Foster said. “It was a way for us to control our own destiny by gaining ownership in a brewing facility with the capacity we needed to properly grow the brand.”

The combined company will remain independently owned and operate out of the current AquaBrew San Marcos facility. ShotGun Seltzer will become a brand under the AquaBrew

Company with Brad and Lori Foster staying on and becoming the Co-CEOs of the combined entity.

Two leading innovators in motion picture entertainment, EVO Entertainment Group and ShowBiz Cinemas announced that they have closed a transaction under which EVO has acquired 100% of the stock of Showbiz Cinemas in an all-cash deal.

“Today is a monumental moment for our company and our industry,” said Mitch Roberts, Founder and CEO of EVO Entertainment Group. “This transaction establishes EVO as the country’s largest operator of cinema-entertainment centers and paves the way for accelerated progress and innovation within a new era of cinema.”

The combined enterprise will provide dynamic and multi-faceted entertainment experiences to over eight million patrons annually in 16 venues with 148 screens, 108 bowling lanes, nine full-service restaurants and bars, a 3,000-capacity live music venue, and over 30,000 combined square feet of gaming and attractions across four states, including Texas, Florida, Oklahoma and Wyoming.

“It is a wonderful time to entrust the company I started to a fourth-generation motion picture exhibitor and family member, because Showbiz Cinemas just had an alltime record-breaking holiday season,” said Kevin Mitchell, CEO & Founder of Showbiz Cinemas. “I am confident that Mitch’s leadership and Marbella’s capital strength will ensure a long and successful run for Showbiz, and I now look forward to exploring new ventures both in and out of the entertainment industry.”

EVO, which has a location at 1180 Thorpe Lane, EVO Entertainment Springtown, in San Marcos, said its expansion will continue into 2022 with additional venues currently under construction and expected to open in the coming months.