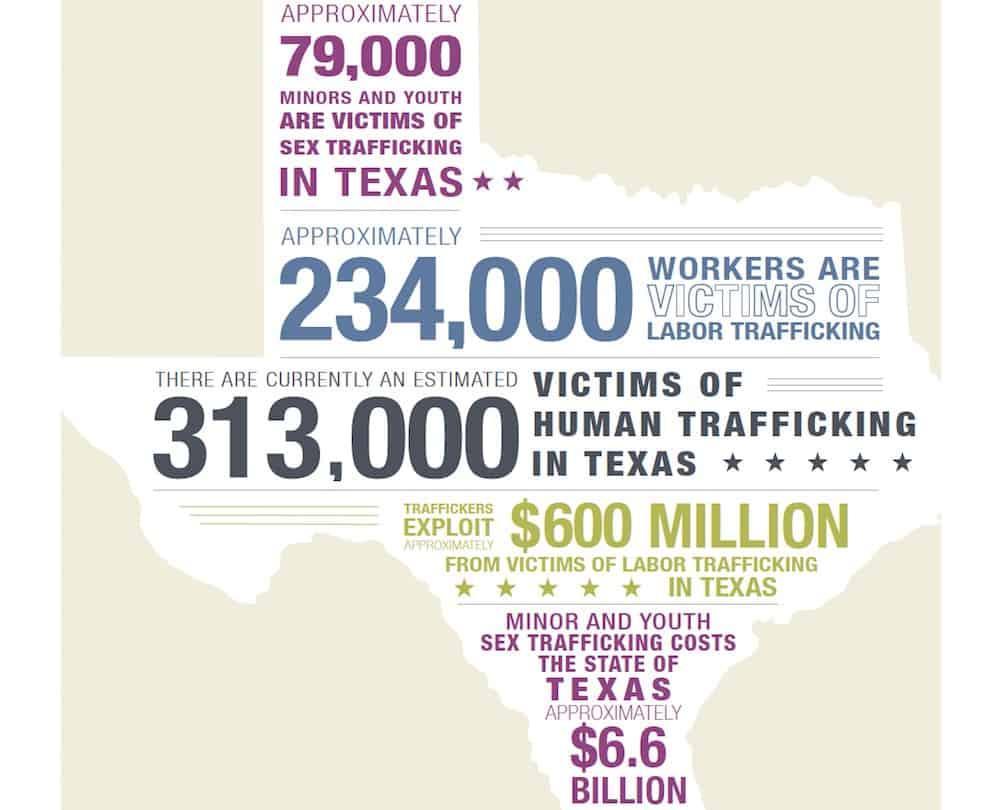 A University of Texas study shows there are more than 300,000 victims of human trafficking in Texas — including nearly 79,000 minors and youth victims of sex trafficking — and approximately 234,000 adult victims of labor trafficking.

“This is a God moment for me; I was called to do this,” Naylor said. “I just have a heart, a mission and a purpose to save children.”

“It just keeps taking more of our children everyday — every two minutes,” he said. “It’s a rather large industry, a $150 billion industry. Every child is vulnerable, and it happens everywhere.”

Naylor then referenced a 47-year-old Austin man recently arrested for failing to register as a sex offender. Officers said he was caught during a sexual act with a child outside an Austin building.

Ronald Christopher Martin was seen by an officer around 9:43 p.m. on Dec. 27, with a juvenile identified to be 14-years-old.

“In college, the numbers of trafficked victims are astronomical,” Naylor said. “The exploitation of young females on a college campus is an average of 15% of the population that are raped; and 25% that are sexually assaulted.”

Naylor said the largest city in Texas where trafficking takes place is Houston.

“There’s 313,000 victims of human trafficking in Texas,” he said. “If you look at our state budget there’s $6.6 billion dollars reserved to take care of victims of child sex trafficking, not to stop it.”

“You want to support Child Protective Services,” he said. “But the issue they have is that most of the kids there were displaced by their own families.”

Naylor, however, added that 72% of kids displaced make up the population of child sex trafficking victims in any state.

“It's a big number $6.6 billion dollars that we pay out of our pocket to take care of the victims,” he said.  “And they should be taken care of, but why aren't we stopping it?”

“Some of the biggest cartels aren’t about drugs and ammo anymore, it's children,” he said. “Why? Because they are reusable. I'm just wanting to bring the reality of the situation; the real sensitivity.”

Naylor said because of this rapidly growing criminal enterprise he formed PACT, a leading authority and advocacy organization that trains youth and adults how to detect, defend and disrupt against child trafficking.

It’s recognized as a Continuing Education provider by the Texas Health and Human Services and is a 501(c)3 nonprofit. Naylor says child sex trafficking is a worldwide problem of 4.5 million victims.

PACT works to bring awareness, advocacy and teach all people regardless of gender, religion, sexual orientation or otherwise. Our work is based on extensive research and then leveraging those voices of the vulnerable in developing programs that provide relevant prevention solutions to all the members of our community.

“Our public health approach to child trafficking and exploitation leverages the most up-to-date research to define the underlying issues, understand the risks and the costs, and initiate prevention strategies that engage the entire community,” Naylor added. “By raising awareness, preventing victimization and reducing the demand we expect to achieve our vision.”

Rotary District 5840, serving South Central Texas, has made a priority of asking clubs to share information about all forms of human trafficking.