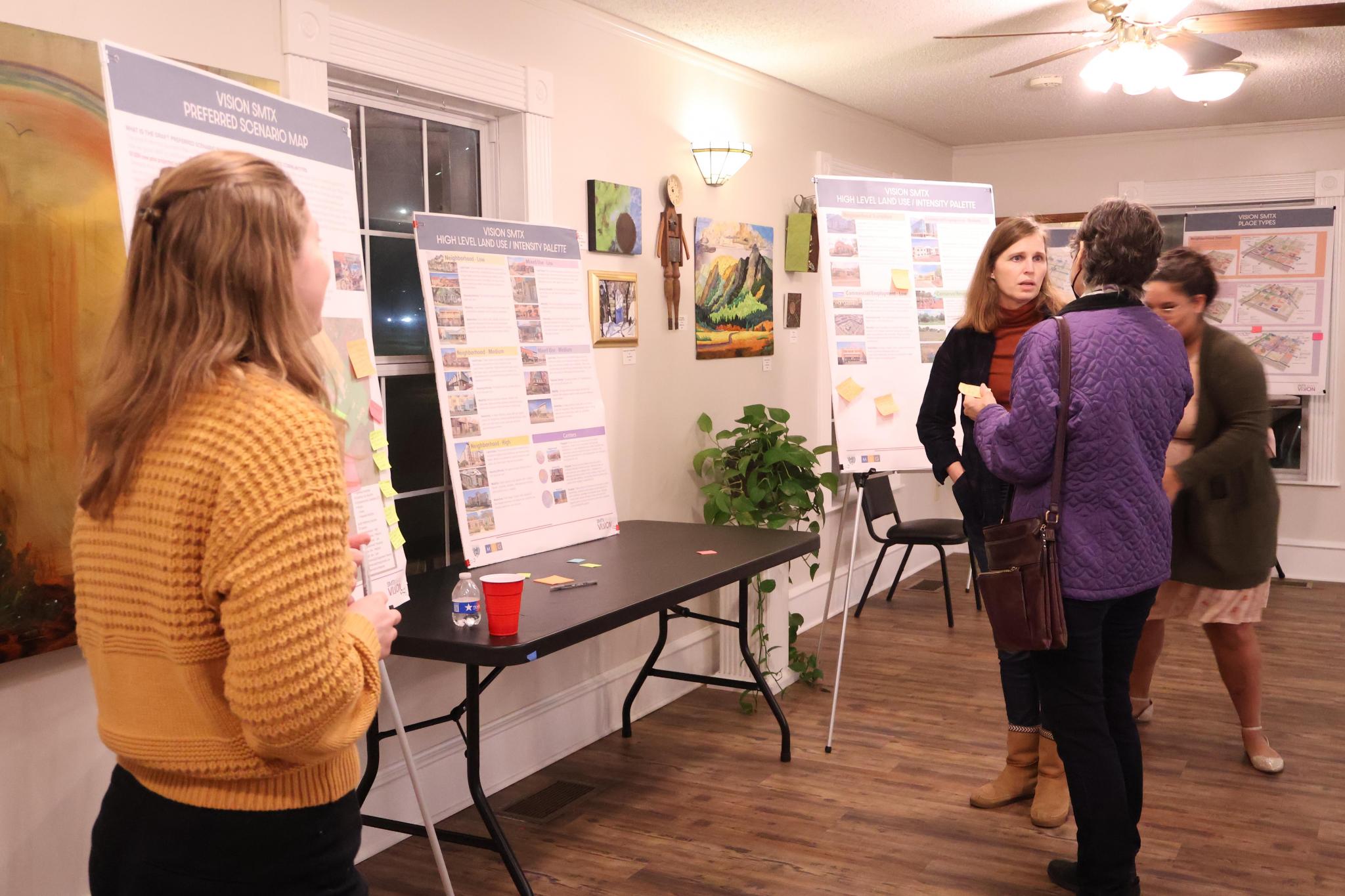 The City of San Marcos invited residents to the Price Center on Thursday for a final open house and draft review of the plan, an 168-page living document and framework to guide growth in San Marcos over the next 20 years. The City of San Marcos also presented its draft Downtown Area Plan on Thursday.  Above, a city staff member presents a board illustrating the Preferred Scenario Map at the Price Center, 222 W San Antonio Street for the final SMTX Vision Comprehensive Plan Open House on Thursday. Below, attendees chat at the SMTX Vision Comprehensive Plan Open House.  Daily Record photos by Zoe Gottlieb

The City of San Marcos invited residents to the Price Center on Thursday for a final open house and draft review of the plan, a 168-page living document and framework to guide growth in San Marcos over the next 20 years.

Vision SMTX was originally adopted in 2013 and guides long-term decision making for items like housing, environment, economic development, transportation and land use.

The original document contained projections for 2030, which had already been exceeded by 2020, according to Jay Renkens, principal consultant with MIG, Inc.

“That’s how much development happened in that seven-year period,” Renkens said. “And so [the rewrite] was a matter of catching up and then getting out in front of the development to make sure that everything is sort of adding up and not just a bunch of piecemeal development that’s creating issues with increased traffic, areas that are not served with grocery stores or shops and restaurants, parks.”

Aspects of the Comprehensive Plan rewrite include the Preferred Growth Scenario, which envisions how and where the community wants to grow, and Area Planning, which explores planning for different neighborhoods and regions in San Marcos on a smaller scale.

MIG worked with city staff to create a Preferred Scenario Map, a map of land uses that guides city zoning and will help incentivize developers to follow the Comprehensive Plan.

“You have your preferred scenario in place, you might have to zone your property depending on what it’s zoned, and then you get to go straight to permits. That’s the easiest path from raw land to development,” Interim Planning and Zoning Director Amanda Hernandez said. “If you choose to do something that the Comprehensive Plan does not support, something different than what’s on the preferred scenario map, you have to amend that map, which is a complex process, because we spent two years creating that map, and we take amendments to that very seriously.” 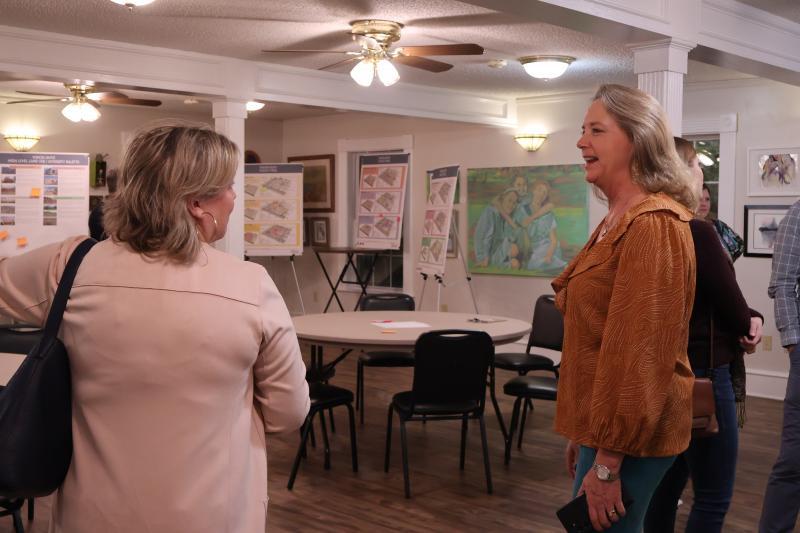 The Downtown Area Plan launched in May 2022 and has several listed purposes, according to Vision SMTX, including the establishment of a community and stakeholder led vision specific to Downtown; guidance for development and infrastructure investments in downtown for the next 20 years; strategically aligned investments for downtown; identification of downtown assets and character to preserve or enhance; and to position downtown for existing and employment areas and mixed-use centers.

Planning Manager Andrea Villalobos outlined the key components of the Downtown Area Plan based on input from stakeholders, organizations, and community members.

“I think a lot of what we heard from the community is making downtown a place for families,” Villalobos said. “Families also want to be able to go someplace to eat, grab a beer, and also take their kids too.

“Another big group that we heard [about] is adults,” she added. “So thinking about, what are the reasons why someone might also open an office downtown? Those are people who are going to be shopping, working, eating, during the daytime, so I think that is a big need that we have.”

“So that might look like multifamily, there might be apartments, townhomes, but what are ways in which all of the population can choose to live here?” she said. “[And] connecting neighborhoods to downtown, connecting it through transit, connecting the east side of [Interstate 35] to downtown, that was a really big theme because if we don’t make it easier for people to get here on all modes, that’s going to hurt us in the long run.”

The Comprehensive Plan and Downtown Area Plan drafts can be viewed at www.visionsmtx.com. Residents can also provide comments on the website until Feb. 3. The city community members can pick up a take-home toolkit at the San Marcos Library, 625 E Hopkins Street, or the Planning and Development Services office, 630 E Hopkins Street, Building 2.

Alongside Thursday’s open house, the city will host a pop-up event at the San Marcos Farmers Market on Saturday, Jan 21 from 9 a.m.-1 p.m. at the San Marcos Downtown Square, 111 E San Antonio Street, where residents will also be able to learn about the plans, ask questions, and pick up a take-home toolkit.