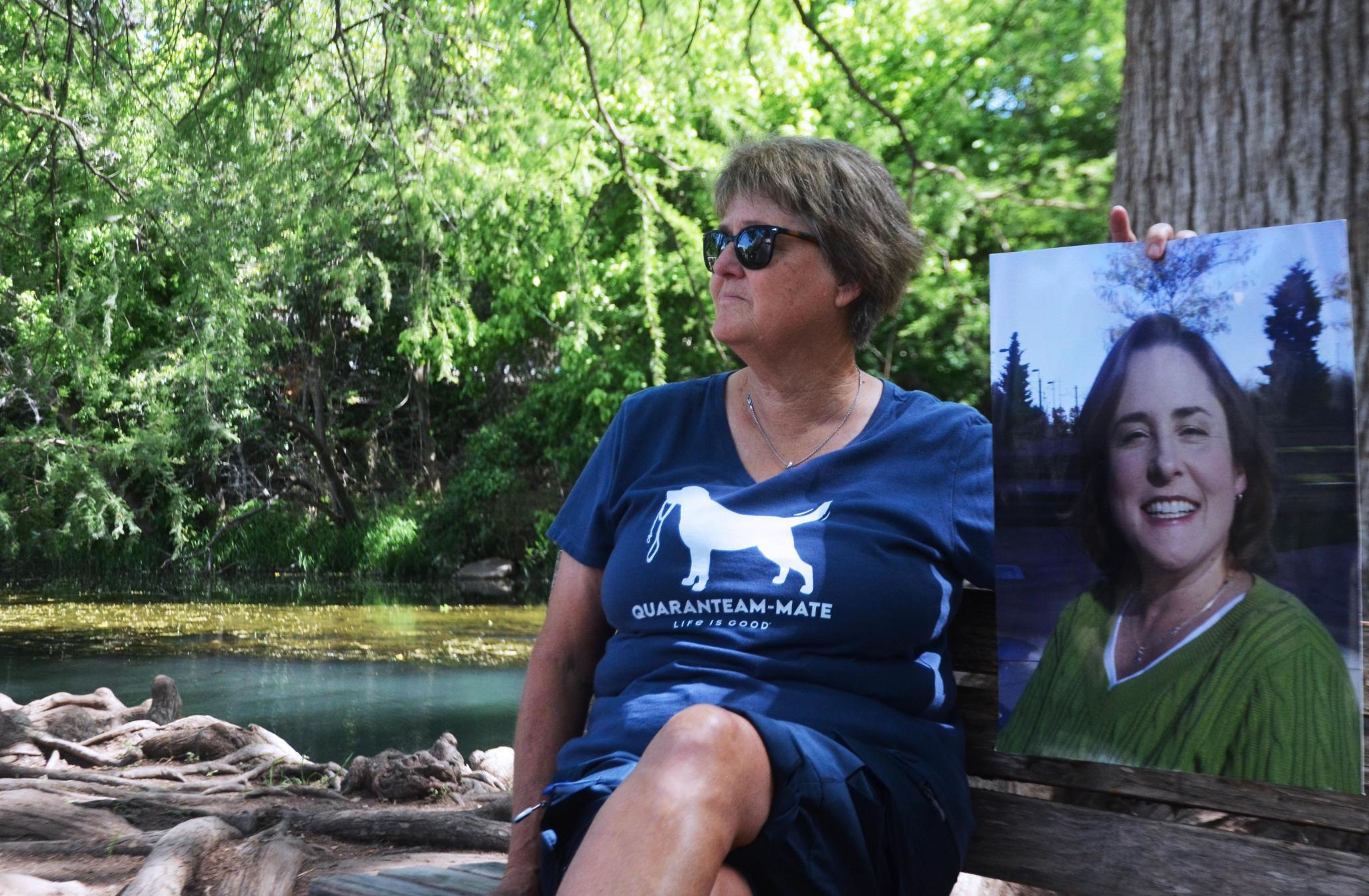 Tears began to stream down Pamela Watts’s face Friday morning as she sat down on a bench near the San Marcos River.

Watts — on the two-year anniversary of her life partner, Jennifer Miller’s, death — continued her effort in seeking justice as she visited Rio Vista Park where she and Miller would often go.

“Quite frankly I hadn’t found somebody that was so compatible and so trustworthy,” Watts said recalling her relationship with Miller. “It was magic in the beginning … We barely got to start our lives together and it just hurts that [her death happened] in such a reckless manner. We have laws, laws that are supposed to be upheld.”

Miller was killed on June 10, 2020 in Lockhart when former San Marcos Police Department Sgt. Ryan Hartman, who was off duty, struck Watts’ Honda Accord after running a stop sign going 16 mph over the speed limit with an open container of Dos Equis beer in his Ford F-250, according to Lockhart Police Department records.

Following the grand jury’s decision, Hartman was reinstated to his position at SMPD. Hartman has since been indefinitely suspended from SMPD for misconduct related to dereliction of duty and insubordination. Hartman, however, awaits the results of an appeals hearing, which could lead to his reinstatement as well as back pay.

On Friday, Watts, alongside members of Mano Amiga, San Marcos Cinema Club and the community, called for police reforms amid ongoing meet-and-confer contract negotiations between the City of San Marcos and the San Marcos Police Officers Association.

Watts has called for “Hartman reforms,” which mark five demands called for in the new contract.

These reforms include ending the 180-day-rule, end delay of interviews for misconduct, public transparency for personnel files, end third-party arbitration and an end to vacation forfeiture as a substitution to suspension.

“I’m demanding they eliminate the officer’s ability to appeal a termination via arbitration with a single arbitrator,” Watts said. “That’s what went wrong with the district attorney. One DA got to decide that the grand jury didn’t need to hear the evidence. We want it heard by a civil service commission where the city council appoints those members. It’s called civil service, civil service law shouldn’t be dictated by one arbitrator. Arbitrators 70% of the time put the officer back to work, and we expect that’s exactly what’s going to happen by July 17 of this year.” 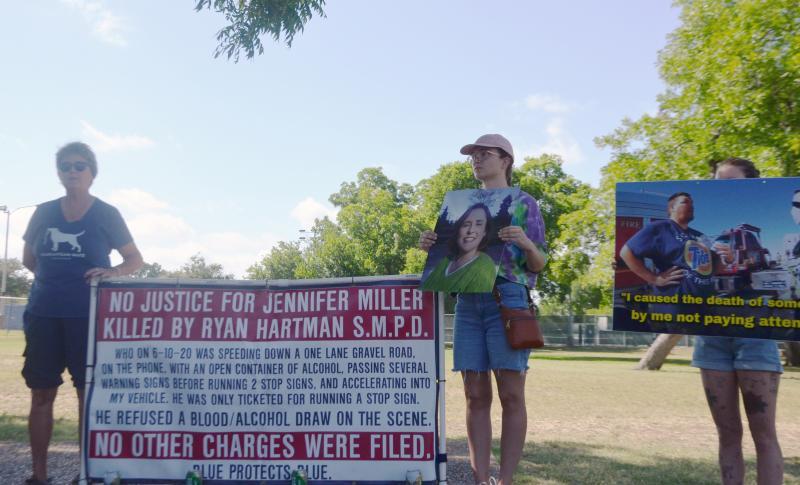 Above, Pamela Watts speaks to a crowd gathered near Rio Vista Park on Friday as she laid out police reform demands on the annivesary of Jennifer Miller’s death. Daily Record photo by Nick Castillo

Watts is also continuing her call for a new grand jury in the case against Hartman.

“I will not stop until there is a new grand jury brought to hear this case where the grand jury isn’t lied to by omission,” Watts said. “[The grand jury was] never, ever told the evidence in this case. The district attorney is corrupt and he’s a liar. He showed them a case for distracted driving. There is no such statute as distracted driving. He was handed a two-month investigation that deemed criminal negligent homicide. We have presented several miscarriage of justice petitions to the Judge [Chris] Schneider and he’s done nothing.”

“So, it should be very easy for the city if they have any degree of conscience to implement these ‘Hartman reforms,’ or else we’ll try to get the voters involved,” Buckley said.

Sam Benavides, Communications Director for Mano Amiga, said if the “Hartman reforms” aren’t addressed during the ongoing contract negotiations, they’ll make an effort to petition to place them on the ballot for November.

“Our team will continue monitoring the ongoing meet-and-confer meetings and demand that each of these five reforms are implemented in their final agreement,” Benavides said. “And if they’re not, we are prepared to collect these signatures and seriously inconvenience them as it would force them to go back to the drawing board and continue working on these negotiations.”

Added Watts, “[Hartman] has handcuffed the entire city of San Marcos and I want to call these the ‘Hartman reforms,’” Watts said. “I want Jennifer’s death to stand for something. There needs to be change. All of these things need to go in or out of the police union contract.”