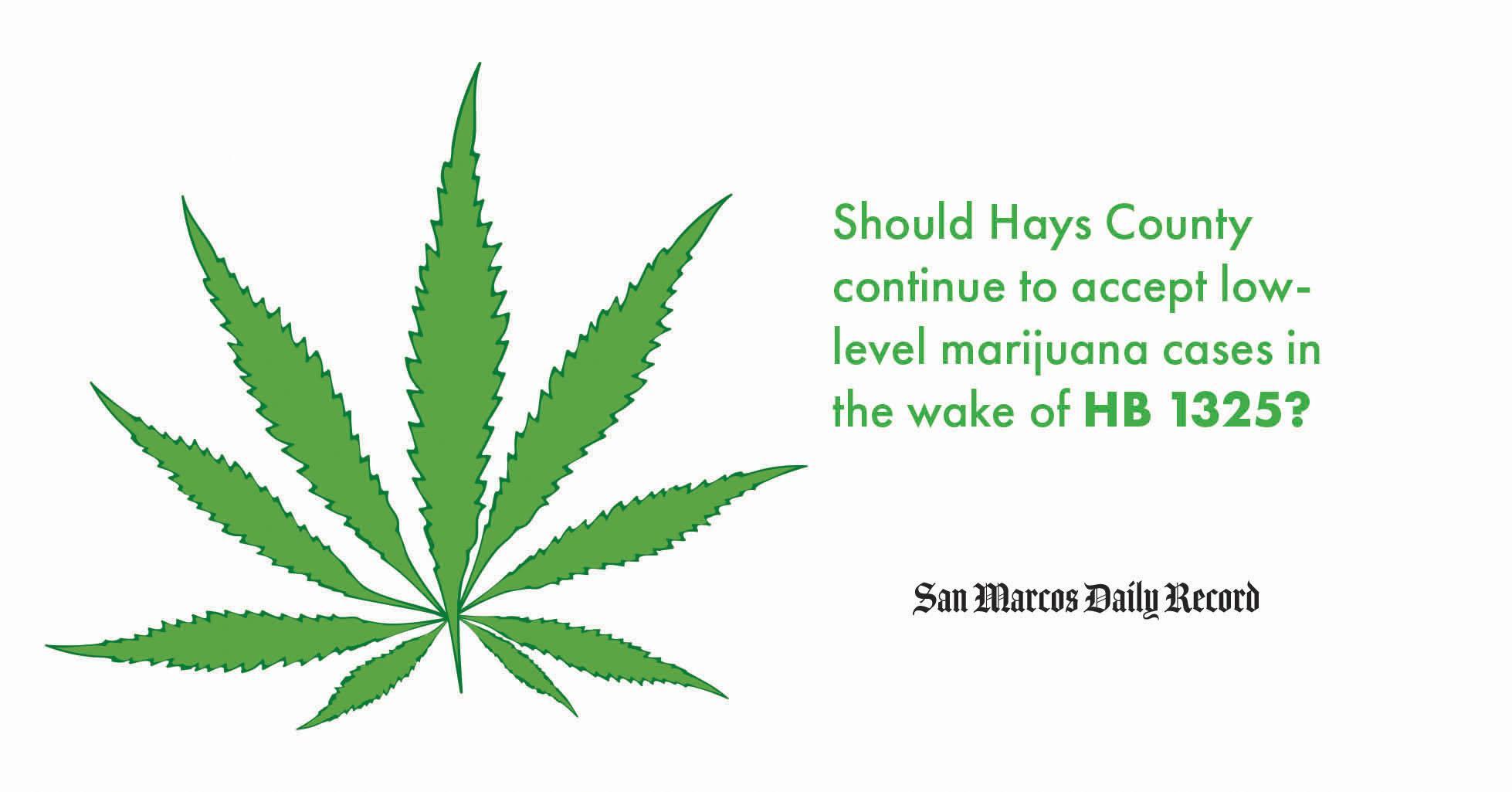 The Record’s online poll from July 12-19 asked readers whether they think Hays County should continue to accept low-level marijuana cases in the wake of House Bill 1325.

House Bill 1325 followed the 2018 Farm Bill, a provision that legalized hemp at the federal level. The bill, which was signed into law on June 10, promotes the expansion of the hemp industry in Texas and makes hemp a viable agricultural commodity. But an unintended side effect of House Bill 1325 is that it has made it difficult for law enforcement to tell if a substance is marijuana or hemp, because, among other provisions, the law changed the definition of marijuana based on its percent of delta-9 tetrahydrocannabinol (THC), the main psychoactive ingredient of marijuana.

According to data from the Texas Department of Public Safety, possession of marijuana caused the highest number of arrest charges in Hays County from 2013-2017. Those advocating for dismissing low-level marijuana-related prosecutions in the wake of House Bill 1325 say it will help reduce Hays County Jail inmate outsourcing — which has already cost the county over $1,000,000 this year. Those that are against dismissing low-level marijuana-related prosecutions say the law did not legalize possession or distribution of small amounts of marijuana in Texas and the law still needs to be enforced.

The poll asking, “Do you think Hays County should continue to accept low-level marijuana cases in the wake of HB 1325?” received a total of 790 votes, with the majority of votes — 59 percent or 467 votes — going to option “No, it will help reduce inmate outsourcing and a clogged court system.” Forty-one percent of voters chose, “Yes, the law did not legalize marijuana so it still needs to be enforced.”

A majority of poll voters think that HaysCounty should stop accepting low-level marijuana cases in the wake of HB 1325 because it would help reduce inmate outsourcing and a clogged court system. Every week, the Record gives its readers the opportunity to voice their opinions on different topics. This poll does not, and does not purport to accurately depict public opinion. It is only intended to inspire thought-provoking discussion within the community.

SMDR’s new poll is available online now and asks for readers’ opinions on whether they think the Permian Highway Pipeline should be subjected to an environmental impact study by the National Environmental Policy Act (NEPA). It can be voted on now.