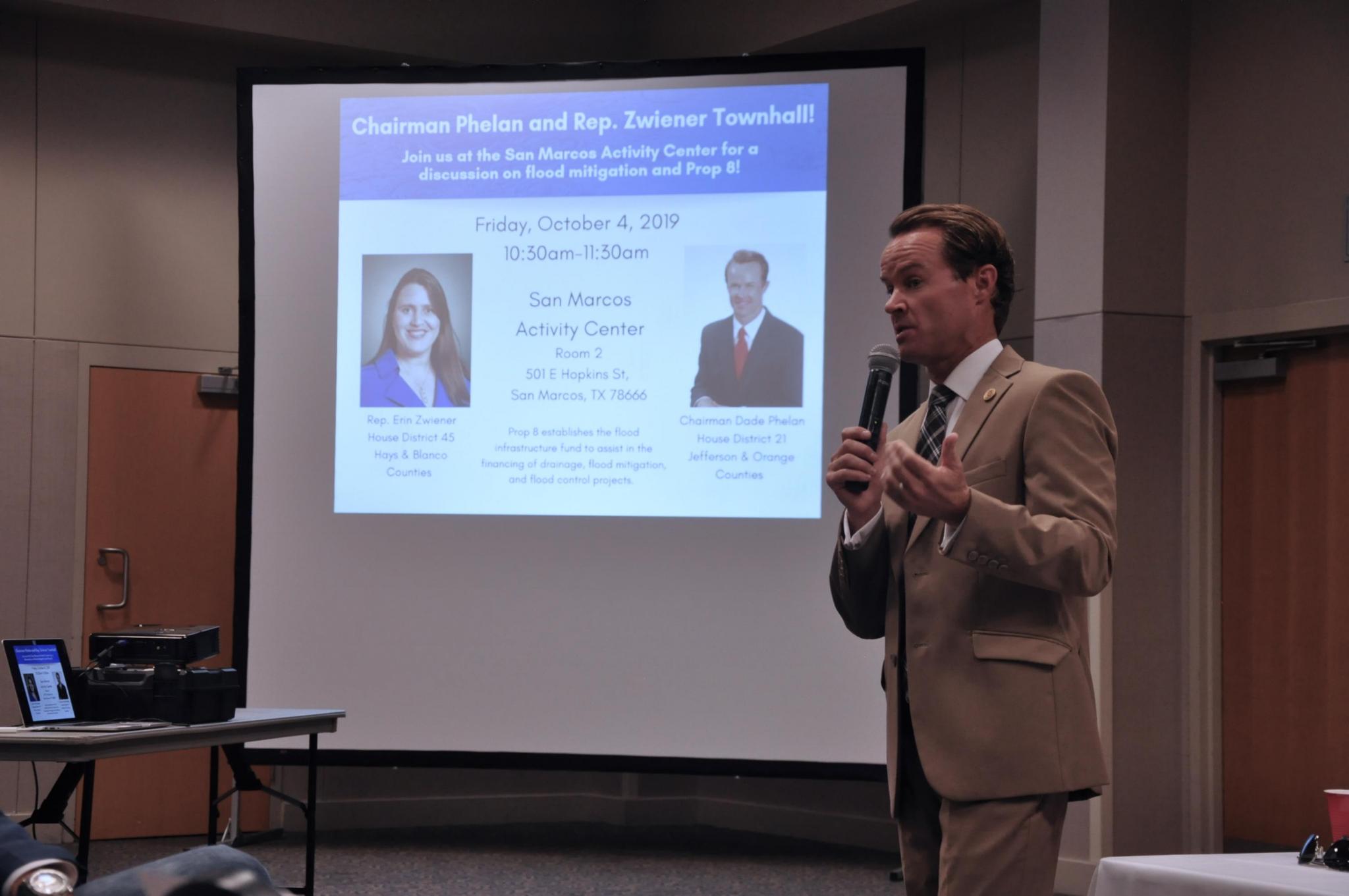 Chairman Dade Phelan addresses the community during a town hall on flood mitigation and Proposition 8 at the San Marcos Activity Center on Friday.  Daily Record photos by Jordan Burnham

Preparing for the next big flood

During this year’s election, voters will decided on Proposition 8, a Texas constitutional amendment providing for the creation of a flood infrastructure fund to assist in the financing of drainage, flood mitigation and flood control projects.

On Friday, Chairman of the Texas House of Representatives State Affairs Committee Dade Phelan and Rep. Erin Zwiener held a town hall at the San Marcos Activity Center to discuss the proposition with the community.

Phelan authored the legislation that is now on the ballot as Proposition 8. 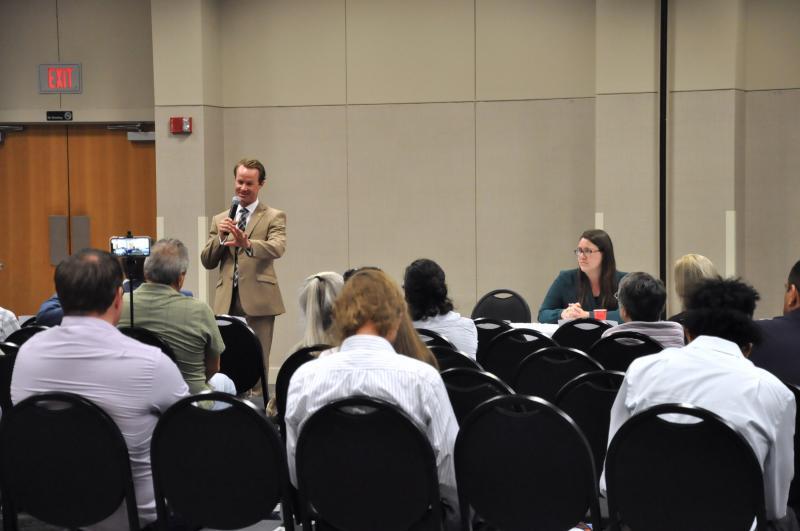 Chairman of the Texas House of Representatives State Affairs Committee Dade Phelan and Rep. Erin Zwiener held a town hall to discuss the proposition with the community.

If passed, the constitutional amendment will allow for the creation of a flood infrastructure fund (FIF) to be administered by the Texas Water Development Board. According to Phelan, the $793 million fund has already been appropriated from the state’s rainy day fund, also known as the economic stabilization fund (ESF).

“This is not raising your taxes, this is coming from ESF,” Phelan said. “This is not a tax on the citizens, it has nothing to do with property taxes, but people just see ‘fund’ on the ballot and they get a little weary.”

Though the FIF has already been appropriated, if Proposition 8 is not approved, the legislature can use the funds in the time of a deficit, Phelan said.

“We have to create a fund outside of the treasury that’s protected from future legislative sessions, and that’s what Prop 8 does,” he said. “It creates a fund in the Water Development Board, not the state legislature, so any money that’s in there now and any money we appropriate in the future is only for flood mitigation, not used for anything else.”

The FIF gives loans, at or below market rate, as well as grants to communities for flood project planning and engineering of flood mitigation projects. Phelan noted that the FIF will allow communities to come together in a regional, cooperative manner based on watersheds instead of political boundaries.

Phelan said there is a huge economic development side to the proposition as well.

“When a region becomes more flood resilient — you start pulling out thousands of acres of the floodplain — you become much more attractive, I think, to developers,” Phelan said.

When it comes to opposition to the constitutional amendment, Phelan said there are some conservative think tanks who may not be in support.

“There are folks who think it’s not the proper role of the government, state government to get involved in flood mitigation — we’ve never done it before,” he said. “There’s also folks who think this somehow distorts private market.”

Zwiener said the biggest strength of the proposition and its accompanying legislation, for her, is that it is designed to encourage watershed level cooperation.