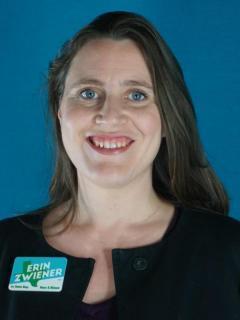 A quorum was established in the Texas House after a six-week absence by Democrats who aimed to halt progression of a contentious voting bill.

With a quorum present, Rep. Erin Zwiener announced she would return to the Texas House. A host of Democratic lawmakers left Texas during the special legislative session called by Gov. Greg Abbott in an attempt to break quorum in the House. The group traveled to Washington D.C. in an effort to bolster calls for the For the People Act and the John Lewis Voting Rights Act to be passed in the U.S. Senate.

The Democrats' move to break quorum stymied the special session. But Abbott called another session to continue efforts to pass his priority legislation, including the voting bill.

With a quorum reestablished, Zwiener said she’s returning to “continue the fight on the floor.”

“I will stand strong against bad bills to attack transgender children, erode access to reproductive health care, keep Texans locked up for being poor, and whitewash history,” Zwiener said in a statement. “I am also determined to force Governor Abbott to stop playing games with our children’s health and education. I will work to allow our local school districts to require masks and to provide full funding for virtual learning — all issues the governor could fix on his own with the stroke of a pen.”

Business restarted in the Texas House on Thursday when a quorum was established with 99 members present and 49 absent. The threshold for a quorum fell to 99 after a resignation by San Antonio Democrat Leo Pacheco went into effect.

“It's been a very long summer. Been through a lot. I appreciate you all being here,” House Speaker Dade Phelan (R-Beaumont) said Thursday. “It's time to get back to the business of the people of Texas.”

Democrats, ultimately, don’t have the votes to keep the Republican-controlled Legislature from passing new voting legislation.

While efforts to break quorum and prevent the passage of new voting legislation ended Thursday, Zwiener said the work done in Washington D.C., “exceeded my expectations.”

“57 Texas Democrats broke quorum, traveled to Washington, D.C., and elevated the fight to protect the freedom to vote both in Texas and across this nation,” she said. “Both the For the People Act and the John Lewis Voting Rights Act are moving through Congress, and I’m hopeful they will become law soon.”