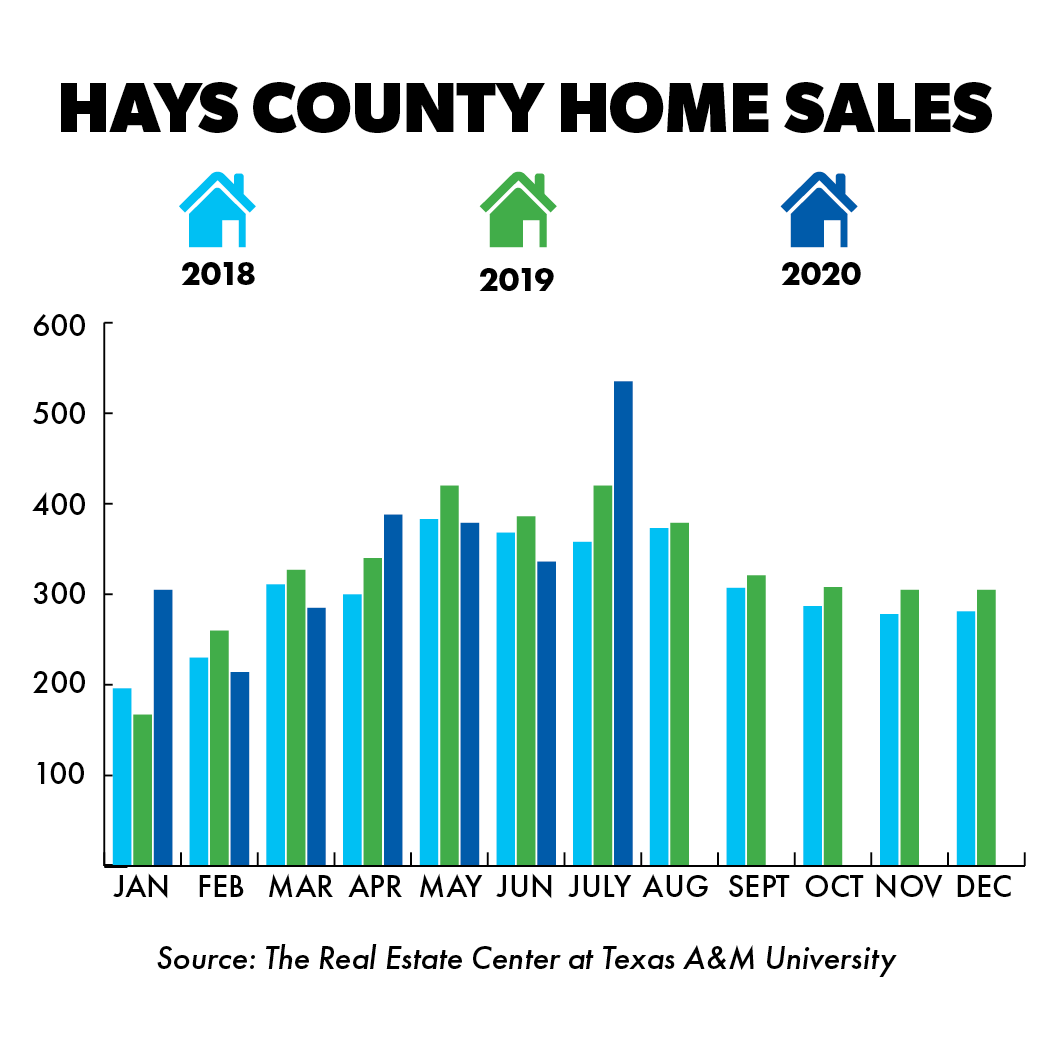 Empty shelves at the supermarket are not the only shortage in the pandemic. Homes are in short supply, too, according to the Real Estate Center at Texas A&M University.

“Unless a buyer is looking for a luxury home, there are fewer to choose from,” said Dr. Jim Gaines, chief economist for the Real Estate Center at Texas A&M University. “Texas’ months of inventory fell to a historic 3.2 months in May as the state’s supply of active listings plummeted to its lowest level in three- and-a-half years.” Researchers consider a six-month inventory a balanced market.

Sales of homes priced less than $300,000 continue brisk, said Gaines. The Texas inventory of homes in that price range slid to an all-time low of 2.4 months, according to the Center’s latest Texas Housing Insight report.

While closings for luxury homes — those priced more than $500,000 — fell, the supply of unsold homes in the higher price range increased for the first time this year. The supply of luxury homes stands at 7.6 months.

“This disparity exemplifies the shortage of affordable housing during a time when the rocky economic atmosphere may make lower-priced homes look more financially feasible to the potential homebuyer,” said Gaines.

Active listings fell the most in Central Texas. After increasing for two months, the inventory of the greater Austin metropolitan area fell to 1.9 months. San Antonio’s inventory reached a historic low of three months. In Dallas and Fort Worth, inventories decreased to 2.6 and 2.4 months, respectively. At 3.4 months, Houston’s inventory of unsold homes was slightly above the state average.

Texas A&M researcher Paige Silvia attributes this to increased demand in the Austin area and a booming job market.

“In Austin we have seen in the past year or so that houses are flying off the shelf. There is a lot of demand with higher paying jobs booming,” Silvia said. “That low housing inventory is a combination of the really strong housing demand taking listings off the market, as well as stricter regulations for building permits. The trend has shown inventory has been on a steady decline since 2019.

“Because of the higher costs of construction when you are building new homes, the homes being built right now are not in the price cohort that is most in demand, homes priced under $300,000,” Silvia added. “Because of higher cost of land, more stringent building activity that has allowed, new construction homes coming on the market are priced higher.”

Reduced showing and visiting of homes during March and April translated to slightly softer housing demand, notes the center’s monthly report. On average, a Texas home is on the market 61 days, longer than it has been in a year.

In San Marcos, real estate agents say that despite a three week period at the beginning of the pandemic, the market has not changed much, in fact it is stronger than ever. Showings have gone online and people are just as eager to put their homes on the market, with 2020 still being a better year for real estate sales than 2019 and 2018, according to local real estate agent Holly Morris.

“Compared to last year inventory is significantly lower,” Morris said. “What has not declined is the median price in San Marcos. That continues to go up while inventory goes down. It's a tight market for buyers, homes are going under contract quickly. They are on market on average for 97 days. The general consensus is that we don’t have enough homes to sell for buyers,” Morris said. “ The ongoing trend in Central Texas is that there are a lot of people moving to the area and not enough homes for them to choose.”

Homes in Houston and San Antonio sell in an average 62 and 63 days, respectively. In Austin, homes are on the market an average of 55 days, six days longer than the previous month. In North Texas, the average days on market are 57 in Dallas and 50 in Fort Worth.

“I think the housing market is not going to change greatly,” Morris said. “There will continue to be gradual increase in property prices. Prices will continue to go up if the inventory doesn’t change. Some new neighborhoods being built helps cushion the supply.”

For more information visit the Texas Housing Insight at https://www.recenter.tamu.edu/data/housing-activity