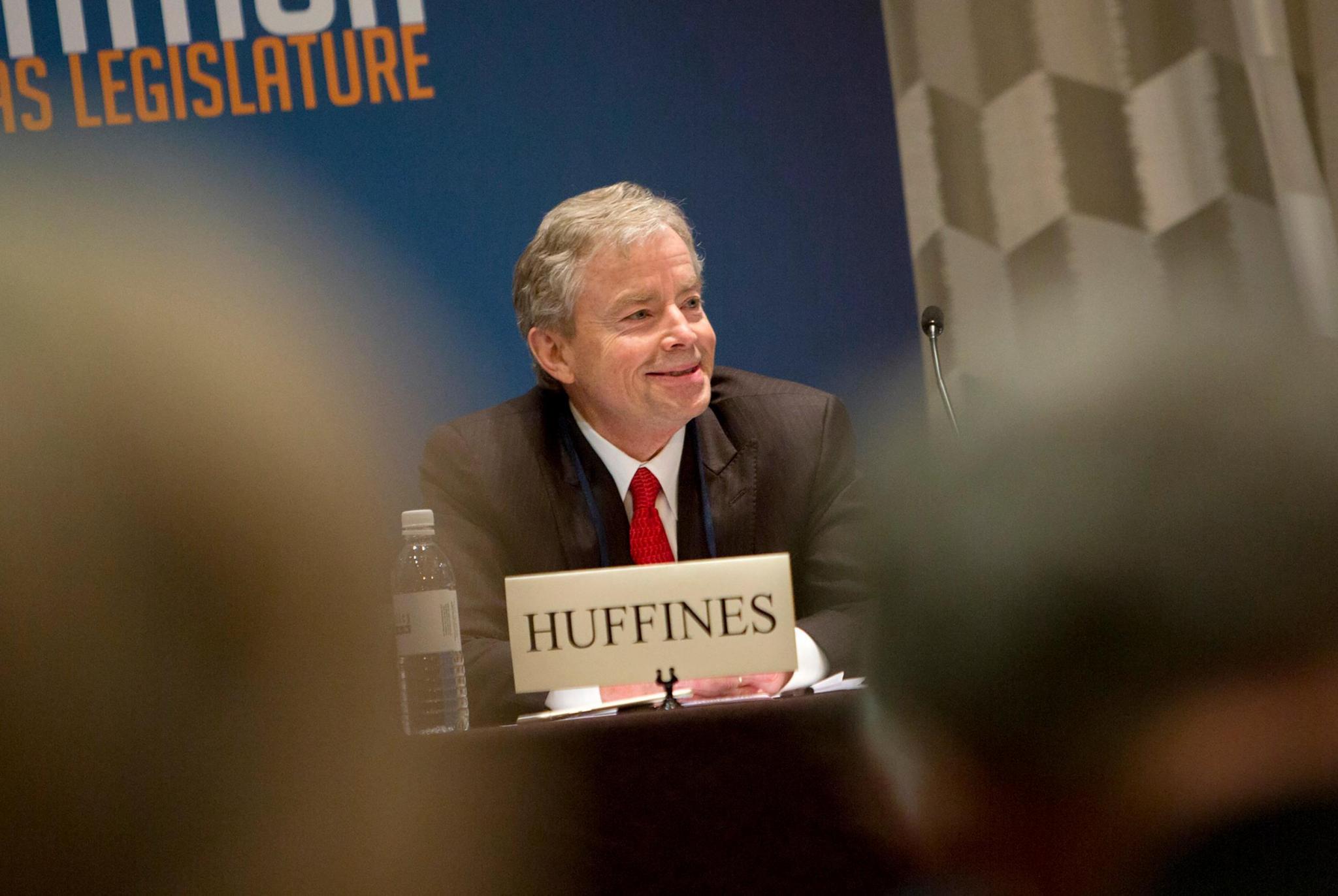 Former state Sen. Don Huffines, a conservative Republican from Dallas who has been critical of Gov. Greg Abbott's coronavirus policies, announced Monday that he is challenging Abbott in the 2022 primary.

Huffines is a wealthy businessman who served in the Senate from 2015-19. He was unseated by Democrat Nathan Johnson in 2018.

Abbott is up for a third term in 2022 and has drawn some heat from within his party for his response to the coronavirus pandemic. Huffines has criticized Abbott as being too slow to fully reopen the state, and he spoke at a protest outside the Governor's Mansion last fall.

Huffines' announcement did not mention Abbott but took aim at "politicians who offer nothing but excuses and lies" and promised to take on the "entrenched elites of the Austin swamp." In promising more decisive action, Huffines said Texas needs to "finally finish the [border] wall" and that he would put the state "on a path to eliminating property taxes."

Abbott begins the primary as a heavy favorite. He had nearly $38 million in his campaign coffers at the end of 2020, and while his approval rating among Republican voters has ticked down throughout the pandemic, it remained high at 77% in the latest University of Texas/Texas Tribune Poll.

Abbott did not face competitive primaries in 2014 and 2018, topping 90% of the vote each time against minor candidates.

Huffines may not be the only credible Abbott challenger in the March 1 primary, which could get rescheduled due to the redistricting process. Other potential opponents include Allen West, chair of the Texas GOP, and Agriculture Commissioner Sid Miller. The filing deadline for the currently scheduled primary is Dec. 13.

Abbott's campaign did not immediately respond to a request for comment on Huffines' candidacy.

Huffines was a strident conservative in the Senate. His announcement highlighted his record on issues important to the right, as well as his successful push to shut down the Dallas Public Schools bus agency amid reports of financial mismanagement there.

He got to the Senate in 2015 after unseating Sen. John Carona, R-Dallas, in the primary, attacking him as too moderate. But the Dallas-based Senate District 16 swung toward Democrats under former President Donald Trump, and Johnson beat Huffines by 8 percentage points in 2018.

Huffines stayed politically active after leaving the Senate and especially so in the past year, as conservative angst simmered over Abbott's pandemic management. Even then, Huffines has an interesting family connection to the governor's circle: His brother is James Huffines, whom Abbott tapped last spring to chair the Governor’s Strike Force to Open Texas.

Disclosure: The University of Texas at Austin has been a financial supporter of The Texas Tribune, a nonprofit, nonpartisan news organization that is funded in part by donations from members, foundations and corporate sponsors. Financial supporters play no role in the Tribune’s journalism. Find a complete list of them here.

This article originally appeared in The Texas Tribune at https://www.texastribune.org/2021/05/10/don-huffines-texas-greg-abbott/.