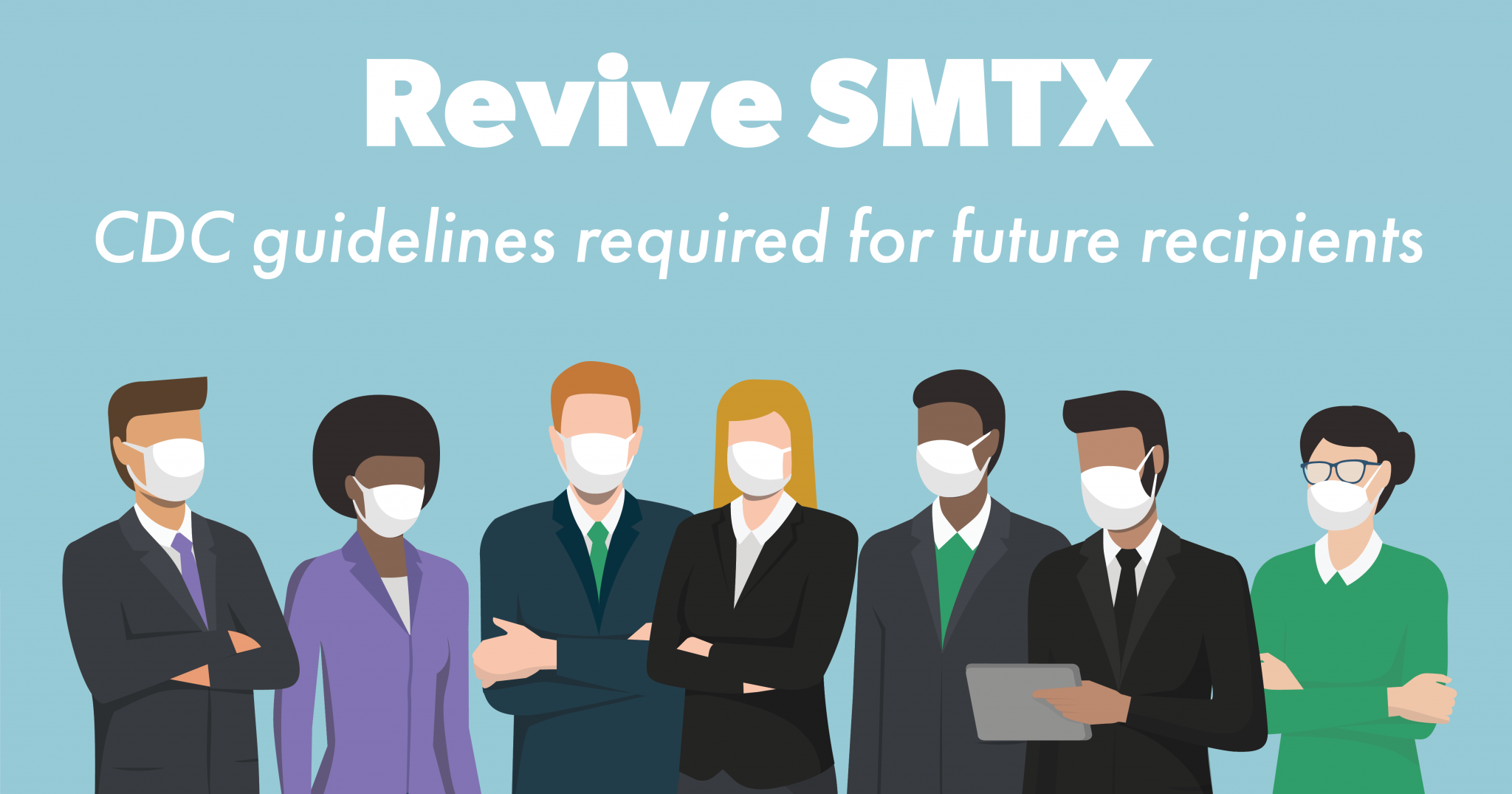 The San Marcos City Council indicated in its meeting Tuesday that it would require future recipients of the Revive SMTX small business relief fund to follow Centers for Disease Control and Prevention guidelines in order to receive funding.

Although masks are currently part of CDC guidelines, as CDC guidelines change, the requirements would change as well. The new rule would not apply to those who have already signed an agreement with the city.

Recipients must meet both CDBG and CARES Act requirements to qualify, and those qualifying local small businesses can receive up to $5,000 for reimbursement of specific expenses that must be directly related to protecting customers and employees from COVID-19.

The move was originally suggested by councilmembers Maxfield Baker and Alyssa Garza to specifically require masks in order to receive funding at a previous meeting to prevent the spread of COVID-19. It was later suggested by Councilmember Saul Gonzales to specify CDC guidelines, allowing room for adaptation as the situation changes.

“I don’t want to go back and change the rules, but going forward,” Gonzales said.

As of March 19, 95 applications have been received by the city and 54 applications were completed as long as they follow through with documentation.

In response to the initial suggestion, staff surveyed applicants between March 26 and March 29 asking if their business requires customers to wear masks; 22 of the 26 respondents said they do. One of the four no’s could not require masks due to an OSHA requirement.

City staff believed that proposing the change would have unintended negative consequences including damaging trust between the city and working partners in the city; they believed it might damage trust for other recipients of city program funding, showing that the city can change the terms of a contract at any time in the life of an agreement without having a pressing legal or business need to do so.

“We’re not trying to change the policies because we don’t like small businesses,” Garza said. “I think that public health is more of a rationale to re execute contracts. I think that it's actually more important than legal and business needs ... I'm more concerned with the trust that the community has with us to advocate for their overall safety.”

Baker pointed to the survey that showed that most of the applicants were already following CDC guidelines, and for those that were not, he asserted they should not be getting this funding because it had been allocated for supplies to prevent the spread of the coronavirus.

“To me, it comes with the responsibility and with how we do our own business, less government trying to tell us how to run our business,” Councilmember Shane Scott said. “I think we need to worry more about getting businesses stronger, and back on their feet. I think that should be our main concern with this particular money.”

Mayor Jane Hughson did not like the idea of changing the terms of the program after it had started, but was not concerned about making requirements of businesses that are asking for funding from the city of any governmental entity.

“If you don't want to follow those requirements, then you don’t apply for the money,” she said.

Councilmember Mark Gleason did not support any changes to the program, citing negative impacts to relationships with organizations that receive grants from the city.

“We discussed thoroughly about how we wanted to make the process fairly easy for individuals to get CARES money through rent relief or utility relief and now we're talking about making it complicated on business owners that are already in the process when trying to survive during a pandemic. I just don't want to see us change the rules of the game on this.”

Baker responded, “None of us, at least I never thought that the governor of our state would release the mask mandate while we were still in the throes of the pandemic.”