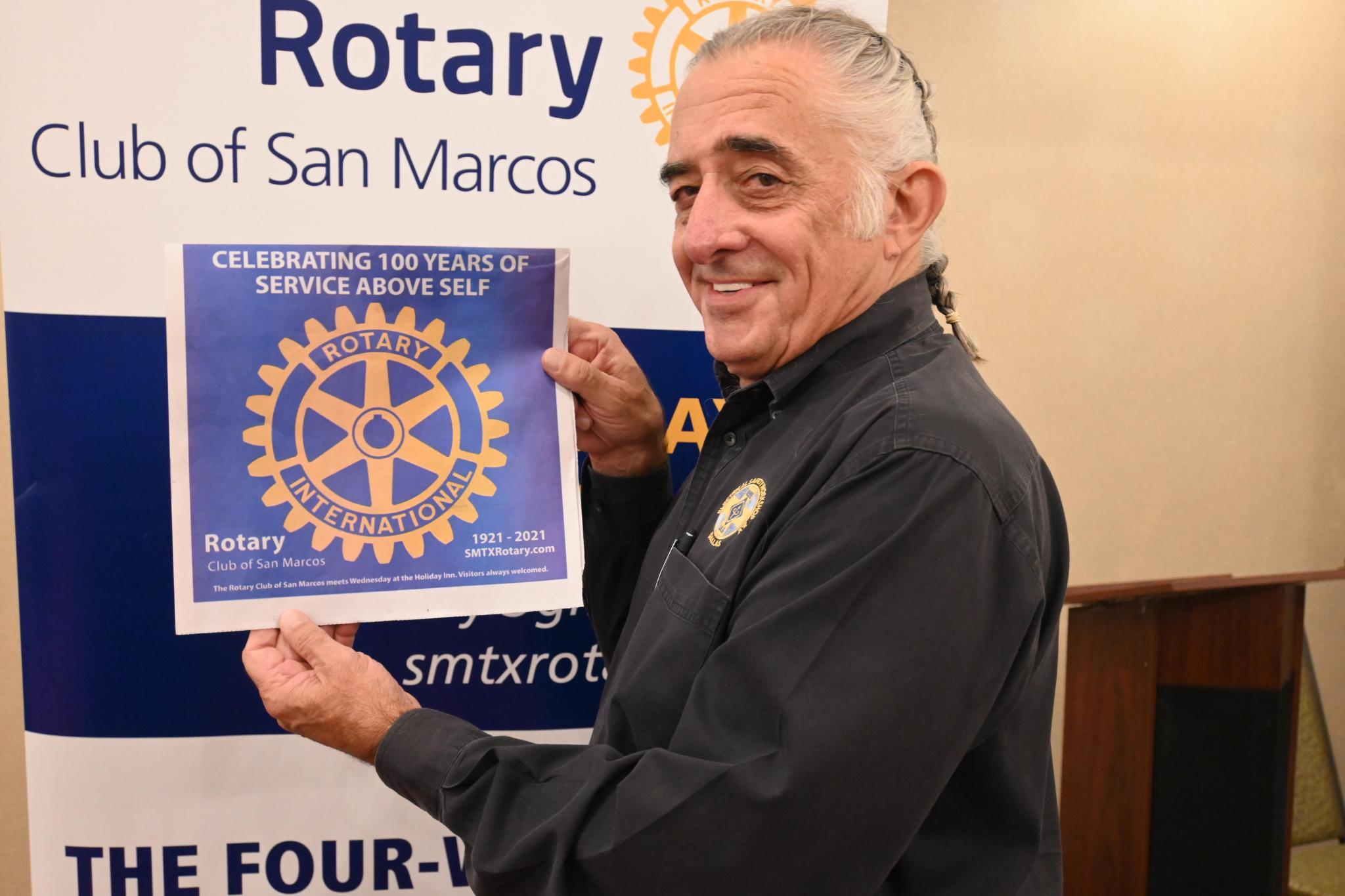 The Peter Baen "Hair Raisin" fundraiser for the Rotary Club of San Marcos raised $8,113 for the Rotary International Polio Eradication Program. The Bill and Melinda Gates Foundation will match that amount two-for-one, so more than $24,000 was raised to fight polio in developing nations. More than 40,000 children will receive vaccinations from this fundraising effort.

Baen agreed to have his hair cut in any style based on the amount raised. The winning style was for a trim combined with double French braids. The haircut was done at a crowded Rotary meeting on Wednesday, Dec. 1 at the Holiday Inn Convention Center.

Brian Olson, owner of Premier Cuts, provided a hair stylist, Velma Villaongin, at no cost to the club.

Bruce Smith, President of the Rotary Club, said the meeting was fun but rowdy as last minute donations vied to influence the outcome. The final amount raised was well over the original goal of $3000.

Rotary is a nonprofit, nonpolitical, and nonreligious service organization that also celebrated its 100th Anniversary in San Marcos on Wednesday.