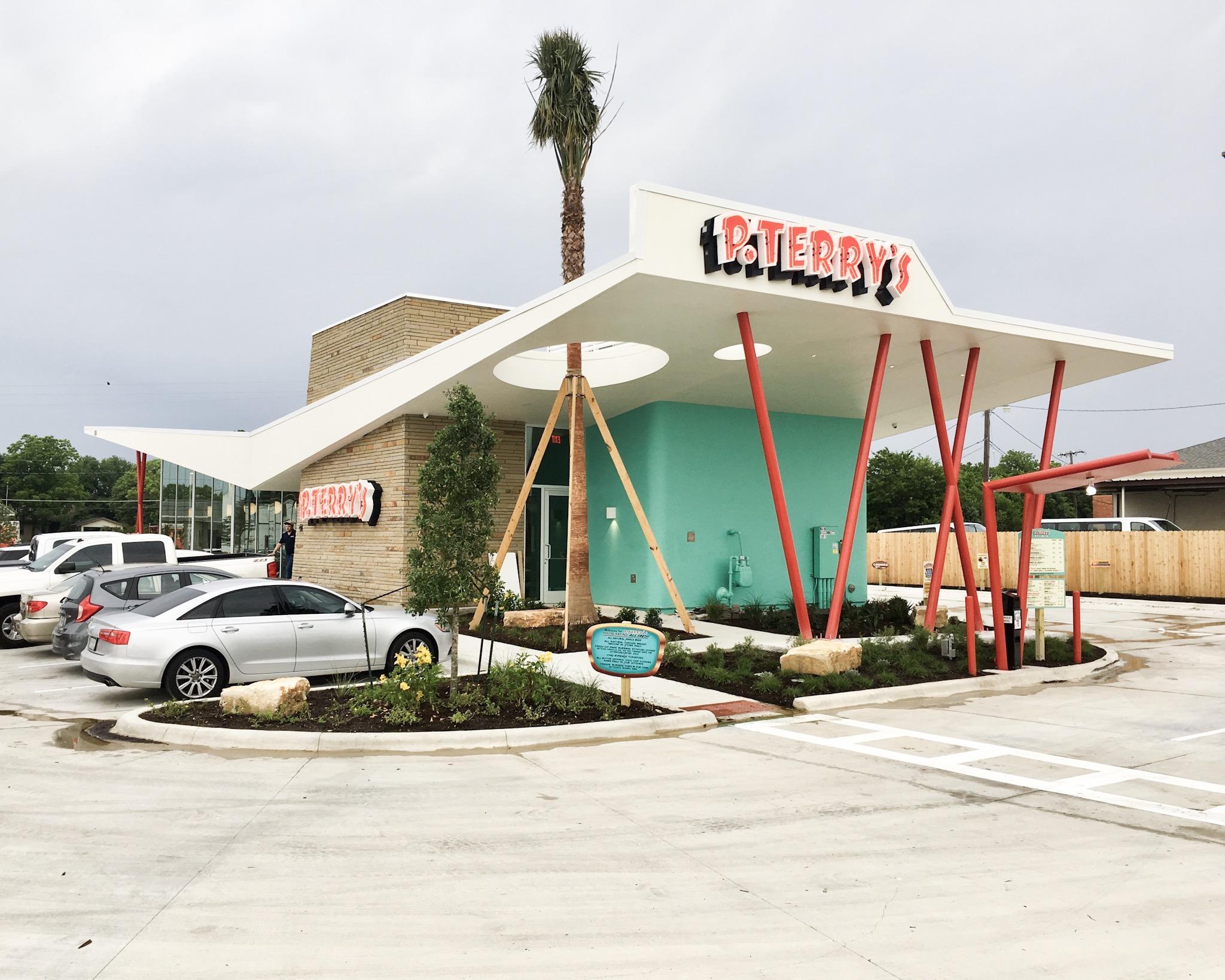 P. Terry’s is set to open in San Marcos on Tuesday and will run a special event Monday to celebrate its first location outside of Austin.

The burger restaurant has partnered with Favor to offer a limited menu at normal prices on Monday from 11:30 a.m-2 p.m. and 5:30 p.m.-7:30 p.m.. All proceeds will be donated to the Hays Caldwell Women’s Center in San Marcos and Favor will also match.

San Marcos’ P. Terry’s, located at 515 Springtown Way, is the 16th location and first outside of Austin. The company has been serving burgers since 2005. The Austin-based company plans to expand into Georgetown by the end of 2019 and add additional Central Texas locations in 2020.

"This year, as we dip our toe out of the Austin market it should give us a good barometer for future growth in Central Texas and beyond," founder Patrick Terry said in a press release.

P. Terry’s makes its burgers and fries from all-natural ingredients. The burger stands’ mission is to “always provide fresh, high-quality food at an affordable price while taking care of our customers, crew, and community every chance we get.”

P. Terry’s is also known for its “giving back days” in Austin, where on one Saturday per quarter all revenue goes to support a local charity.

“We’re very excited to bring P. Terry’s to the good people of San Marcos,” CEO Todd Coerver said in a statement. “We look forward to being a valued member of the community there for years to come.”