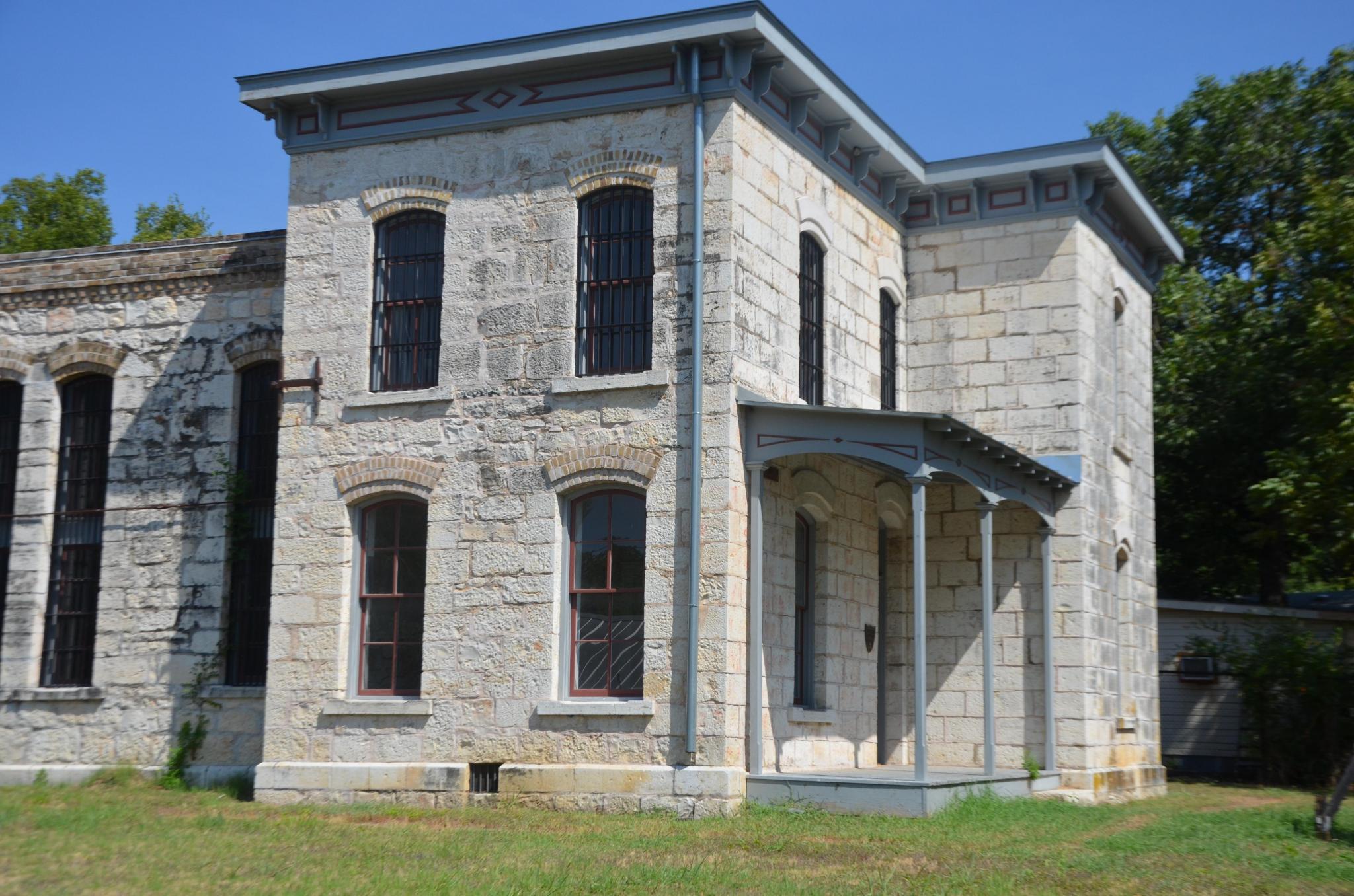 The old Hays County Jail is undergoing renovations as the Hays County Historical Commission works to turn it into a museum. Daily Record photo by Nick Castillo.

Whatever slang terminology you use, San Marcos has a unique historic treasure located near downtown at 170 Fredericksburg St. Listen closely and imagine the sounds of a cell door being slammed at the pokey — known today as the old Hays County Jail.

During its half-century of operation, its walls have seen some notorious criminals. But following its closure in 1934 the ravages of time began to take its toll. It wasn’t until more than 70 years later the Hays County Historical Commission, (HCHC) said enough. In 2011 the group decided to save the structure, by beginning with the renovation of the exterior of the building.

Fast forward to today and the HCHC is moving indoors at the facility in its quest to make the jail a museum.

“Plans are ready for the restoration of the interior,” said Linda Coker, Vice-Chairwoman of the organization. “Our goal is to begin later this fall. All the schematics have been finished. Once the contract is signed the architects can begin.”

Coker said the museum will have interactive displays for visitors to enjoy, but that the real artifact is the building itself.

“On the bottom floor of the museum will be how law enforcement has changed over the years and advancements in technology,” said Coker. “There will be displays dealing with both frontier and vigilante justice. It will be very interactive with touch technology.”

Coker said the museum will show how the county shifted from agrarian to becoming more business centric. 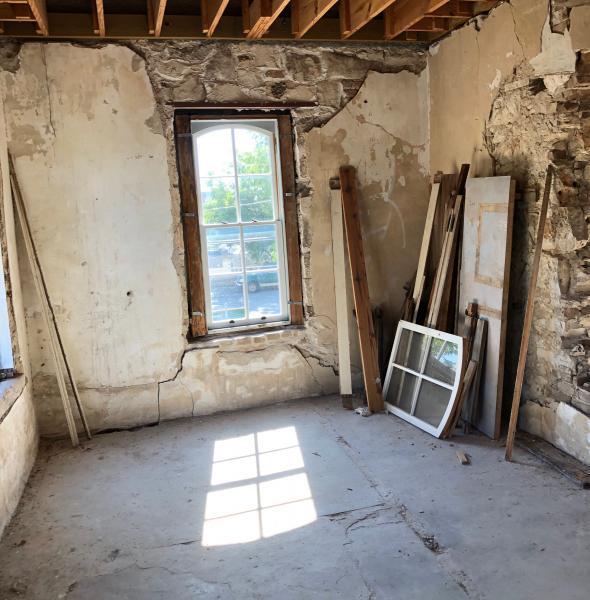 The Hays County Historical Commission is currently working on restoring the interior of the old jail. Daily Record photo by Lance Winter

“We once had a city museum in the early ‘80s and 90’s. It moved around because it couldn’t find a permanent home,” Coker said. “The last time it moved out of the old city hall, a lot of artifacts donated to the museum, was given to the City of Lockhart never to be seen again.”

“I’ve had a lot of people, upwards of 40, tell me no way they’re donating to the museum again; that their precious family items will be just ‘given away.’”

Nevertheless, Coker said she’d like some of San Marcos’ artifacts back from Lockhart for the county museum. That, “they won’t be going anywhere again.”

“We’re fortunate to have the benefactors we do to help us preserve buildings like this,” Coker said. “I’m so lucky. At one point I was thinking ‘do I want to keep working – or do I not work and become a peasant but do what I want. I decided to be a peasant and I love it.’”