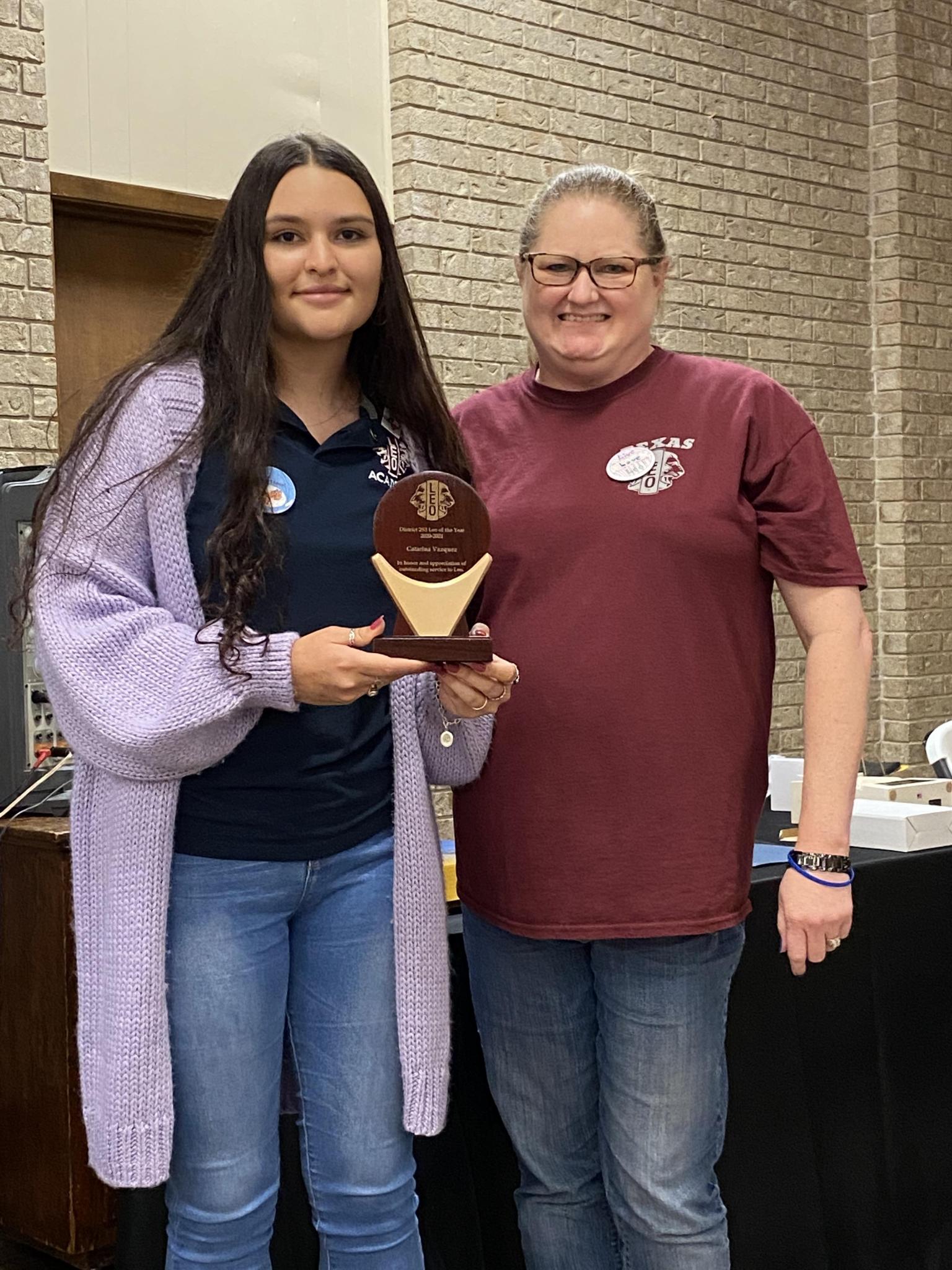 Catarina Vazquez, a junior at San Marcos Academy, was recognized as Leo of the Year for District 2-S3 at their May 1 convention. Presenting the award to Vazquez, who was also re-elected as district Leo president, is Mrs. Melissa Hollingsworth, district adviser. Photo by Nancy Smith

In only its second year of existence, San Marcos Academy’s Leo Club has made its “roar” heard throughout their district, which includes 29 clubs across six counties.

At the May 1 District Convention for Lions and Leos District 2-S3, four SMA Leos were elected to serve as district officers for the coming year.

Catarina Vazquez, a junior at SMA, was re-elected to another one-year term as district president. She will be joined by SMA sixth grader Brison Groves as Leo Tamer; seventh grader Nathanael Green as public relations officer; and sixth grader David Followell as Tail Twister.

The entire SMA Leo Club received a special appreciation plaque at the convention for its outstanding work on this year’s district service project that benefited the McLane Children’s Cancer Hospital. The Leos led a campus-wide collection of snack items for children to enjoy during their visits to the hospital.

Academy Leos also made a significant donation this year to the Sunshine Kids Foundation, a non-profit organization serving children with cancer. This project is also supported by the local San Marcos Lions Club, which sponsors the SMA Leos.

Leo Clubs are youth organizations of Lions Club International that provide middle and high school students the opportunity to be partners with local Lions Clubs in service.