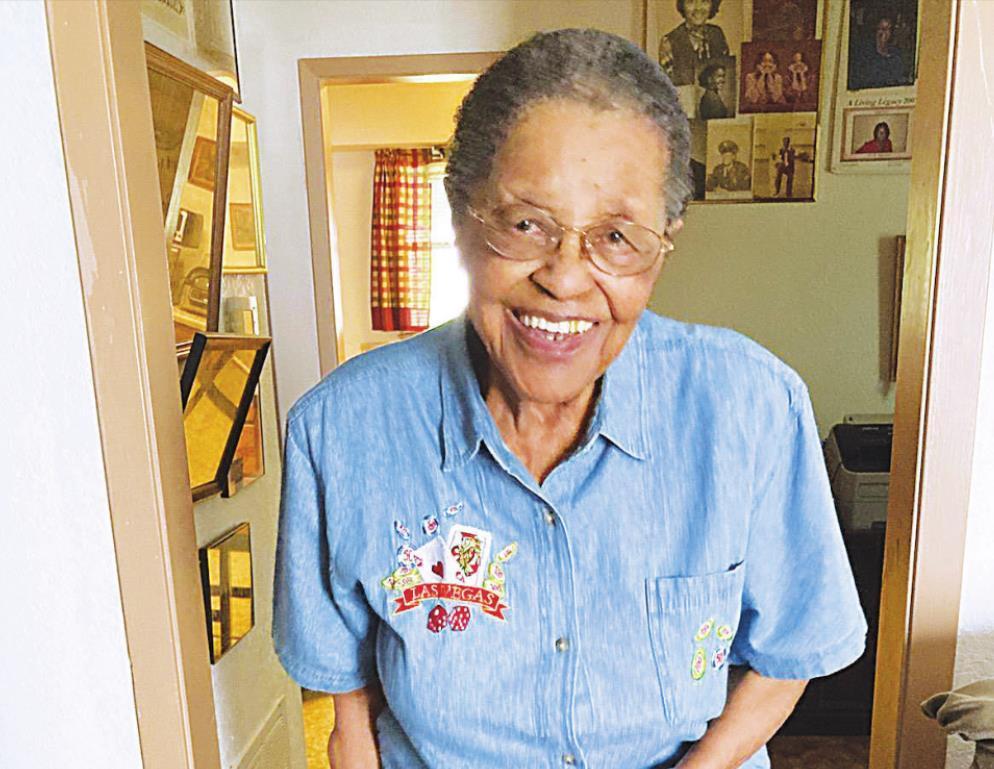 Above, Ollie Giles, known affectionately as Brown Sugga, was a woman who could get things done. Submitted photo

Ollie Wilburn Hargis Giles was born in San Marcos on Aug. 5, 1933, the only child to parents L.C. Hargis and Enola Hollins (daughter of George Mose and Etta Lee Hollins). Though born during the Great Depression, Giles would say that she had a happy childhood surrounded by a family and community who loved her and whom she also loved.

“We always had plenty,” Giles recounted in a 2010 interview with Jim Cullen of the Hays County Historical Commission. She described the neighborhood — now the Dunbar community — as one that was supportive and thriving and supportive. “There was always something going on for children. We played together, rolled tires together,” she said. “We were always good neighbors. Here in San Marcos, we all got along.”

For a time, Giles lived with her grandparents, who were well-known and active members of their community. George “Old Mose'' Hollins drove delivery trucks for the Southern Grocery Store in San Marcos. His wife, Etta Lee, ran a restaurant and a home laundry service with three women as her employees. When her mother remarried in 1941, she and her new husband relocated to California, moving 8-year-old Giles into a very different world.

“Here I was used to a segregated school,” Giles said. “The neighborhood we moved in, the school I had to go to, I’m the only little colored girl in the whole school. They opened their arms and hugged me, and I realized then and there, we’re no different. I get hugs from everybody.”

Giles held onto these life lessons, bringing them back to San Marcos several years later when they returned.

In her lifetime, Ollie Hargis married three times. With her first husband, Frederick Marcellus Giles, she had five children. “We had a good life together,” she told Cullen in her 2010 interview. “I’ll never find another husband like him. But he kept me barefoot and pregnant.”

She went on to marry her second husband, Roger Bell, Ph. D, with whom she would have twins. Giles felt constrained by Dr. Bell’s constant reminders that she was a ‘professor’s wife,’ and so they divorced as well. Afterward, Giles married her third husband, Nathaniel Pleasant.

At that point, Giles began working at night at a restaurant. “I saved every penny I could because I was getting ready to leave this man,” she said. After the divorce from Pleasant, she reverted back to the name of her first husband, Giles, and she went to Durham Business College to become an accountant. She then took an accounting position at San Marcos Baptist Academy, where she worked for 23 years. In her lifetime, Ollie Giles witnessed many changes to the city of San Marcos, including the integration of area schools. Beyond that, though, Giles became a force for change within the city, gaining a reputation over the years as a woman who could get things done.

As with almost everything in Giles’ life, her impulse for action began at home.

“My great grandmother suffered from asthma,” Deborah Webster explained. “Half of Valley Street was paved and the other half was gravel. It would cause her asthma attacks.”

In response, Giles went to the city. “She was on them until they paved the whole thing,” Webster continued. “Then she wanted sidewalks. She saw that the squeaky wheel got the grease, and the area got bolstered up. That’s what really got her active, seeing things change in the neighborhood.”

Perhaps because of her family’s legacy in San Marcos, Giles developed a passion for history.

Giles’ love of history led to the discovery, restoration and renaming of the Kyle Pioneer Family Cemetery. “She found out how bad the graves were,” Webster said. “She started fussing at the county, the city, and the state to get the graveyards cleaned up. The city went out and put up a good fence. They built up the graves. They cleaned up the headstones. They put a fence around it. They still have her name to contact to get into the cemetery.” Webster said that along with her mother’s tenacity, their connected community has served as lifelong inspiration for generations of family members and friends.

“It inspired us,” She said. “Seeing business owners, that’s what bolstered us and made us proud. It made us look within ourselves. It was just instilled in us — If you want something, you go get it.”

In her interview with Jim Cullen, Giles described herself as a ‘spoiled brat,’ but many San Marcans would call her Brown Shugga because she was, according to Webster, “sweeter than honey in the honeycomb.”

“RIP dear Ms. Ollie,” said Linda Kelsey-Jones in her statement on Giles’ memorial page. “Your love, laughter, hard work and joyful dancing stays in our hearts, as part of your true legacy. You were and are one of the most authentic humans I have ever known and loved.”

Kelsey-Jones went on to say that Giles’ mantra of telling the true history of African Americans in San Marcos and Hays County changed the way people approach every story — his, hers, and everybody’s.

Giles was a cornerstone in her church, Jackson Chapel United Methodist, where she served on several boards and auxiliaries, as well as acting as head usher. According to Webster, Giles’ most beloved scripture was John 14:1 “Let not your heart be troubled; you believe in God, believe also in Me.”

“We would ask her, why are you always saying this?” Webster said. “Now I know why: Whatever you can control, control it. If you can’t change it, leave it alone. Don’t worry about it. Just be at peace with yourself. If you’ve done all you can do then your soul will be okay.” 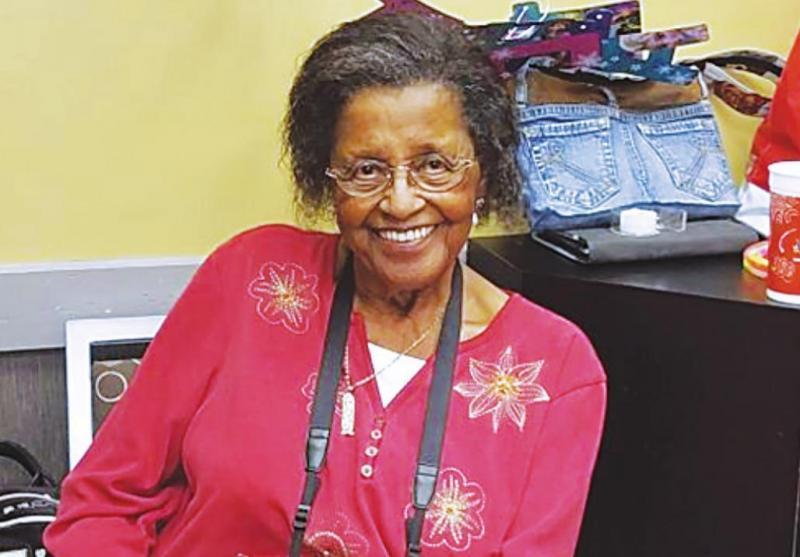 Born in San Marcos, Ollie Giles dedicated her life to working within the community. Submitted photo

And for those things Giles could address, she did.

To honor Giles’ legacy and contributions to the city of San Marcos, Webster said that her mother would like to preserve the Dunbar neighborhood.

“I was a vibrant community,” she said. “It was booming. It was nice. Looking at the area, it would be nice to have a little serenity park or a bird bath and some rose bushes in that area for her.”

Ollie Giles placed an indelible mark on the heart of San Marcos. According to the Hays County Historical Commission website, “She was a true champion of the African American community in Hays County. Her determination, eloquence, intelligence and appreciation of history shone through.” She will be missed, but she will also be remembered.