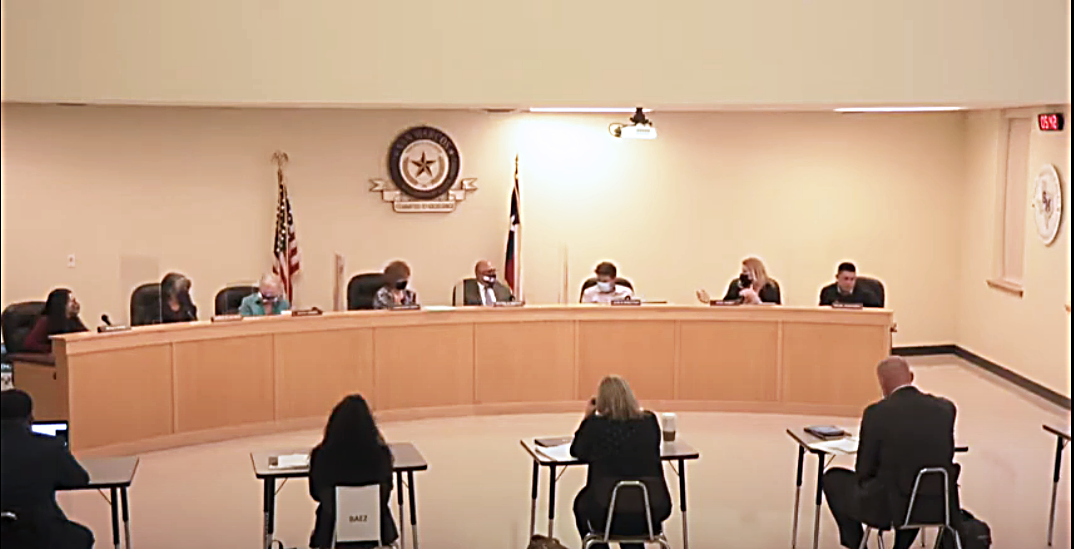 San Marcos Consolidated ISD plans to offer COVID-19 vaccines to eligible students in the near future.

SMCISD Director of Safety and Health Services Doug Wozniak said the district will partner with the Texas Department of Emergency Management for  a freezer to store vaccines and to receive Pfizer doses to administer to students who are 16 years or older.

“Of course, time is of the essence,” Wozniak said during Monday’s board of trustees meeting. “We’re getting to the point where we’re going to be in the summer pretty soon, so the Pfizer is a three-week (wait between shots). So, we’re looking at if we can’t make it happen next Friday, possibly the Friday after and then the third week after that to try and get our students taken care of. So, that’s what’s been in the works.”

Wozniak said the district is working on a system to allow parents to consent for their 16- and 17-year-old students.

“We’re working with (Director of Communications) Andrew (Fernandez) now starting to lay out how we can digitally — maybe with a QR code or something — so that when they arrive we already have that in the system and we can look it up quickly,” Wozniak said, adding that 18-year-old students can consent on their own. “Rather than try to, I don’t think that’s a good option to, bring parents in and have them sign it on the spot like y’all all did because you saw what it involved and that would be a lot of traffic. So, we’re trying to streamline that now. But we’ve got to hurry because it’s coming quick.”

Wozniak said the district has vaccinated more than 1,000 people through mini-clinics at San Marcos High School. He added that SMCISD is averaging 75-150 vaccinations per week on Thursdays and Fridays. The district has also helped San Marcos Academy by vaccinating its staff as well as local daycares, Wozniak said.

Wozniak said the district is examining how it will provide vaccines during the summer.

“We’re going to start to discuss summer and how that might look like,” he said. “Whether it be our students, our staff members or even possible new hires, so that’s in the works also.”