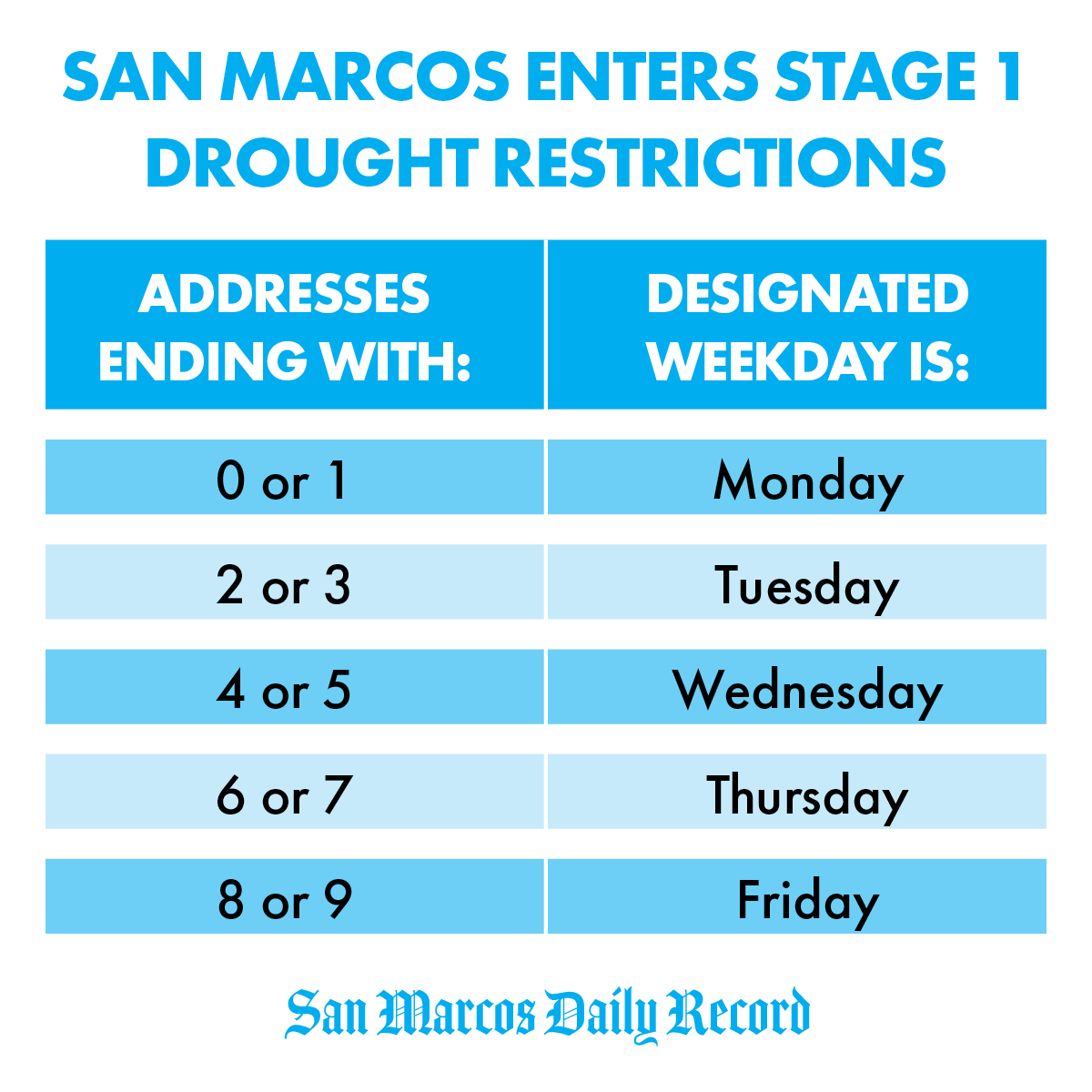 The city said it enters Stage 1 drought restrictions when the 10-day average Edwards Aquifer index well level falls below 660 feet above mean sea level. The 10-day average aquifer level was at 658.9 feet and the daily reading was 658.2 feet on Tuesday, the city said.

“We ended 2020 well below average annual rainfall and are already several inches below average rainfall for this year.” Director of Public Services Tom Taggart said. “These dry conditions are expected to continue through the summer so it’s very important that we do everything we can to conserve our precious water resources.”

The Edwards Aquifer Authority declared Stage 1 pumping restrictions for aquifer users within the San Antonio Pool on March 24 after the 10-day average at the index well in Bexar County dropped below 660 feet to 659.7 feet msl.

The EAA cited declining water levels and diminishing springflow for Stage 1 declaration, which requires Edwards groundwater permit holders in Atascosa, Bexar, Caldwell, Comal, Guadalupe, Hays and Medina counties to reduce their annual authorized pumping amount by 20%. According to the EAA, the mandatory pumping restrictions allow water levels and springflow to stabilize until rainfall replenishes the aquifer.

Hand watering and using soaker hoses or drip irrigation is allowed on any day and at any time.

Full text of Stage 1 rules can be found at sanmarcostx.gov/drought.