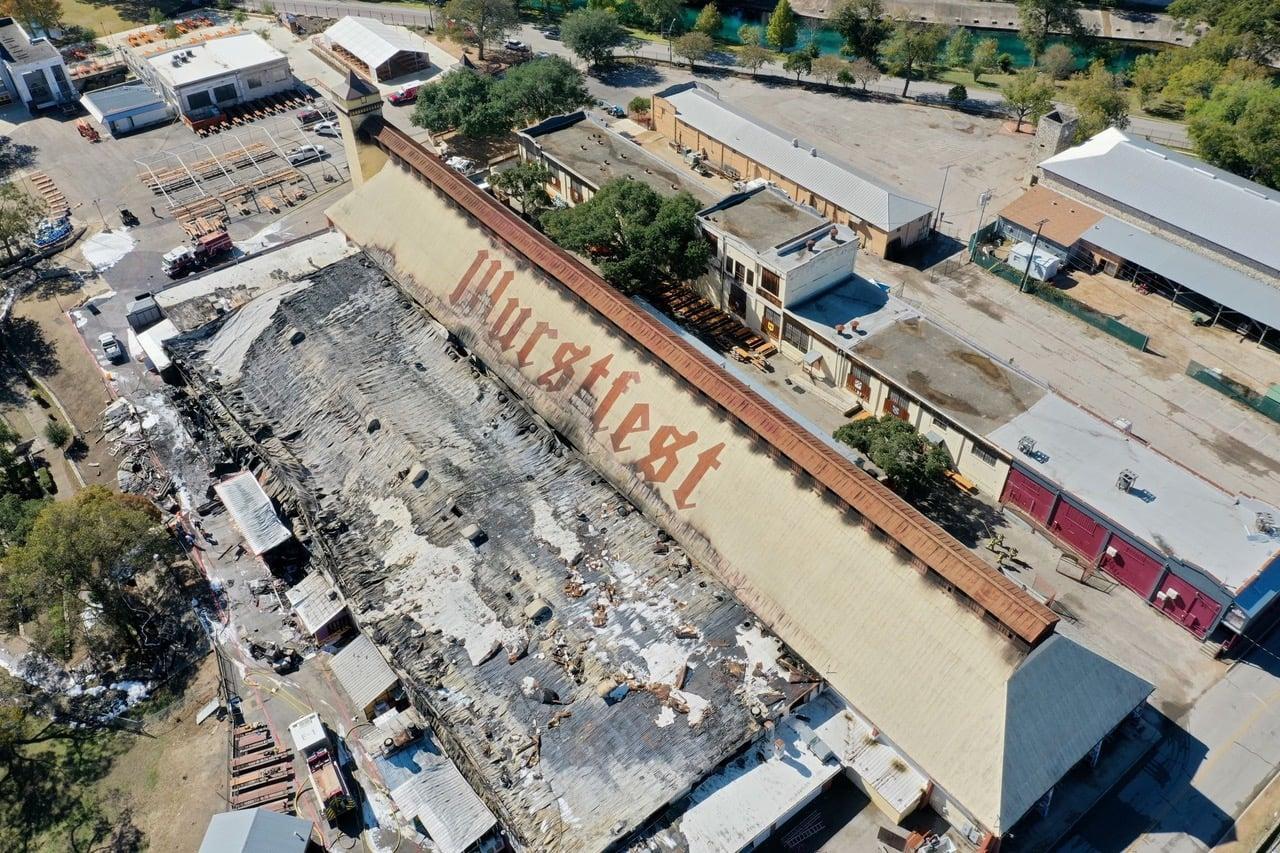 After a fire broke out at a Wurstfest booth Thursday evening and then flared up again at 6 a.m. Friday morning, The New Braunfels Fire Department said in a Facebook post that it will be investigating the incident.

The New Braunfels Fire Department initially responded to the Wurstfest grounds, located in Landa Park, on Nov. 14 at approximately 7:15 p.m. The fire was contained to a booth inside the food court area, or Marktplatz.

“The fire had spread into the roof/attic structure directly overhead but was quickly extinguished,” the fire department said in a Facebook post.

Then on Friday morning around 6 a.m., firefighters were called to the scene again “for what is believed to be a flare-up from the previous fire,” officials said.

“Crews arrived to find an active fire with flames coming from the roof of the Marktplatz structure,” the post stated. “Additional manpower was called in from surrounding agencies (including Canyon Lake, Seguin, San Marcos, Cibolo, Schertz, and Selma) and they began attacking the fire. After pulling back the metal roof to gain access to the fire, crews began attacking the flames with water and firefighting foam (which is made of soap).”

According to the post, extensive damages to the Marktplatz occurred and officials believe that the structure will be a complete loss.

“Damages to the Wursthalle are far less extensive and include smoke and some heat damage,” the post stated. “The Wursthalle is still considered structurally sound.”

“The historic Wursthalle appears to have been spared from most of the fire. Wurstfest is a New Braunfels community celebration; our whole town puts it on. And, Wurstfest and New Braunfels are resilient. We rebuilt after floods. We will rebuild after this. We will be ready to host the 60th Wurstfest on Nov. 6, 2020 during the 175th celebration of founding of New Braunfels.

“We are sorry for the losses suffered by the concessionaires and the nonprofit organizations that host booths within the Marktplatz. But, please know we will ALL come back better than ever.”

No injuries occurred during the incident, officials say. As of the post — which was put out around 2 p.m. Friday — most of the fire was extinguished and crews were continuing to put out hot spots.

New Braunfels Fire Marshals, state Fire Marshals and the ATF will be investigating the incident “due to the extent of the damage and the historic nature of the property.”