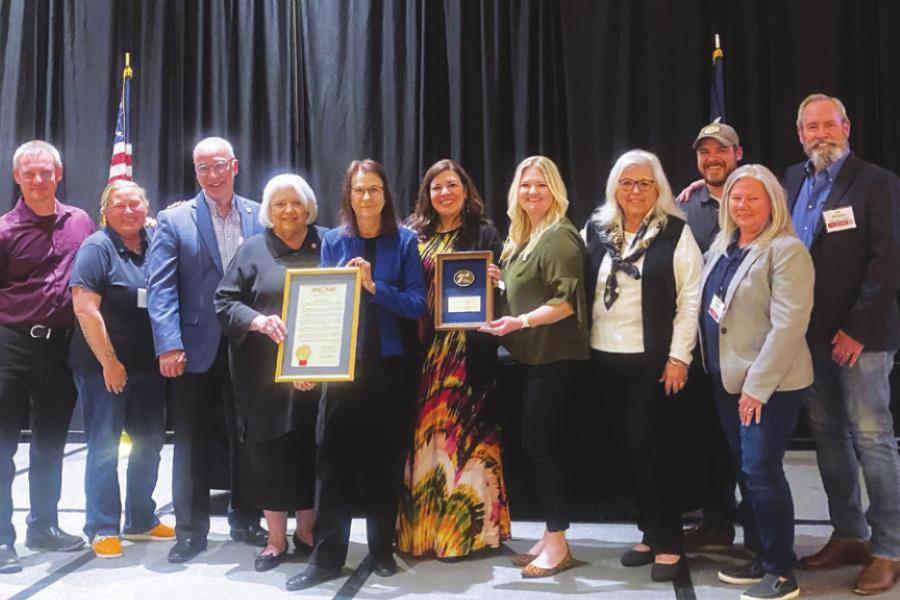 The San Marcos Regional Airport was named the 2022 Reliever Airport of the Year by the Texas Department of Transportation’s Aviation Division.

“As determined in our 2018 Texas Aviation Economic Impact Study, the San Marcos Regional Airport supports 664 jobs with an annual payroll of $22.7 million while contributing $82.1 million in annual economic activity to Texas,” TxDOT Aviation Division Director Dan Harmon said. “Congratulations to the San Marcos Regional Airport, the City of San Marcos, and all of the airport’s partners.”

Jim Wimberly, Texas Aviation Partners President, said San Marcos Regional Airport was also recognized with the honor from TxDOT for its efforts to promote and expand its viability.

“I think we were successful in completing a master plan for the future development for the airport,” Wimberly said. “We’re one of the few airports in Texas that has an annual airshow. That’s the Go Wheels Up! event and this will be our third event this year … Aside from that, specific to the airport, there’s just a lot going on in Central Texas growth-wise — business and technology — and airports are an integral part of that system of economic development and jobs. Good things are happening in our neck of the woods and the airport is a central part of that, just given the nature of the services we offer and what the airport brings physically with aircraft, businesses, passengers and cargo. There’s a growing interest in our airport because of a continuation of the interest in Central Texas.” Wimberly said the regional airport has seen benefits from new companies coming to Central Texas, including Tesla’s move to Austin.

“I think it’s just an example of the cascading interest in cities and facilities when you get a company like [Tesla] that moves to Austin,” Wimberly said. “We had inquiries from several companies that have their own corporate aircraft and they’re subcontractors for the construction and the ongoing maintenance of that manufacturing facility for Tesla. We’re talking to them now about building a hangar for their own corporate fleet because they have a long-term contract with Tesla and they need their employees, and their management, team need an airport close by to that facility at a location that’s convenient and affordable.”

Wimberly added that TxDOT recognized the airport for its updated Airport Master Plan, which was adopted by the city council in April 2021 and includes future projects to reconfigure the airfield and increase safety.

“Garver Engineering helped us develop a 5-10 year plan that includes land use, a capital expenditure program, they took a complete inventory of the airport, they did an economic forecast of growth both for aviation and non-aviation related businesses that could avail themselves to San Marcos Regional Airport,” Wimberly said. “We have to stay focused on the internal needs of the airport of what makes it an airport. That may sound trite but we’re basically runways and taxiways and the more efficient layout you have of those runways and taxiways and the length of the runways drives what additional aircraft and the size of the aircraft that the airport can accommodate.”

San Marcos Regional Airport, which spans more than 1,400 acres and has 14 aviation-related business and 240 based aircraft housed in its facilities, is recognized as a reliever airport for both Austin-Bergstrom and San Antonio international airports. San Marcos’ airport is also one of 11 airports categorized as an FAA National Asset airport.

“[Being listed as an FAA National Asset airport] is a pretty elite category for us to be in,” Wimberly said. “That increases our prioritization with the FAA for additional federal funds. We’re the only airport in Texas that serves as a reliever airport for two international airport cities — San Antonio International and Austin-Bergstrom. So, the FAA knows from a system perspective, keeping a viable and efficient airport system in place that San Marcos has a real special place in that total national plan.”