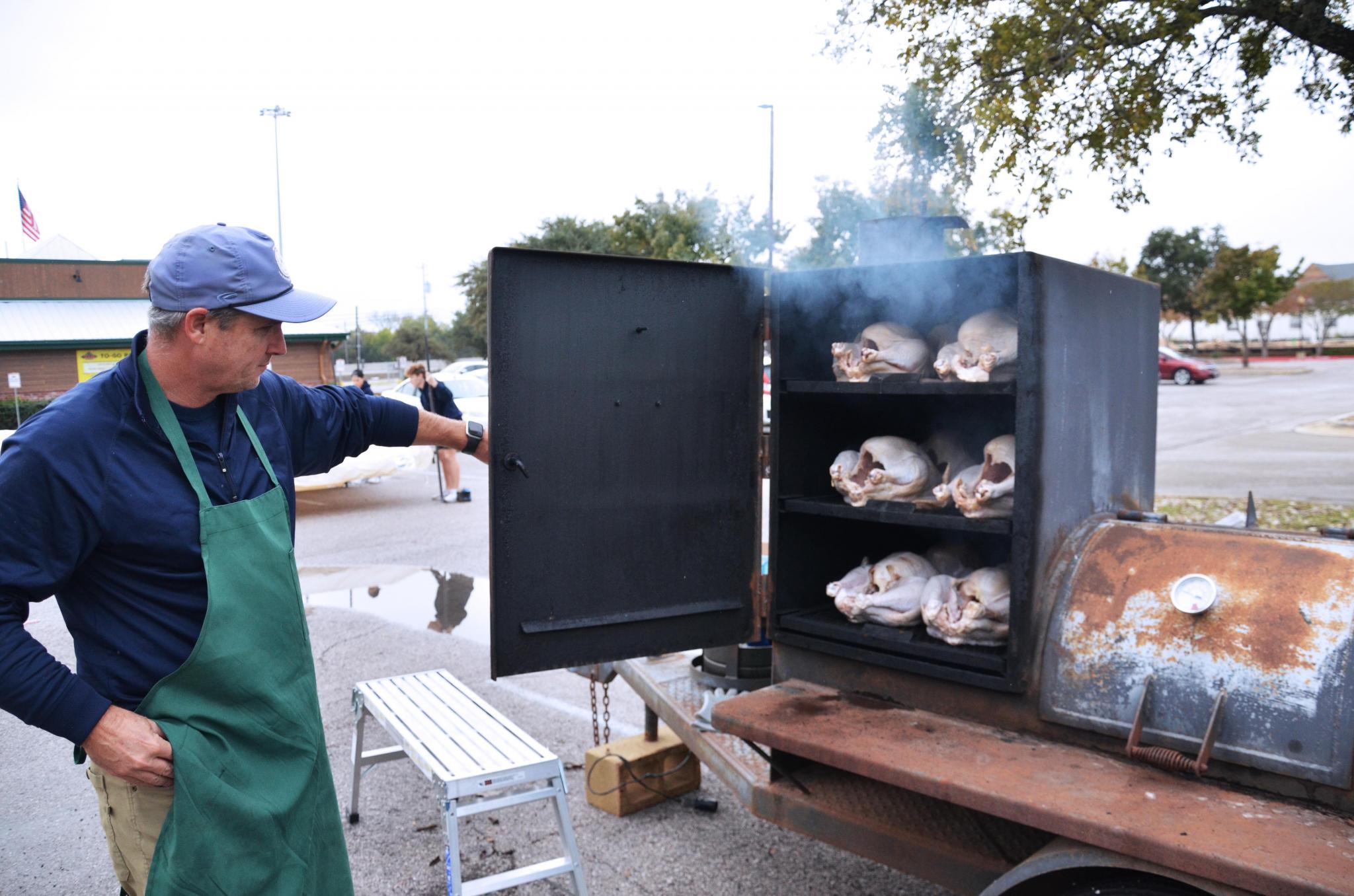 Operation Turkey San Marcos is set to provide more than 2,000 Thanksgiving meals to the homeless and less fortunate.

Jessie Ruiz, project manager with Operation Turkey San Marcos, said between 75-100 volunteers have helped prepare 2,200 meals that will be given out Thursday.

“We originally thought 1,500 people but as we evolved into creating an online signup, it’s been so much more effective at getting people to sign up, quicker or with ease,” Ruiz said. “So, I think that really caught on this year more so than years in the past.”

Operation Turkey, which originated in Austin, has been operating in San Marcos each Thanksgiving since 2011.

Volunteers gather at Texas Roadhouse in San Marcos each year where a turkey tailgate is hosted. The turkeys are smoked and deboned, the side dishes are heated and meals are prepared to be given out during the tailgate event, which began Wednesday morning.

This year, Ruiz said over 100 turkeys were brought to San Marcos from Austin and dry goods were delivered from San Antonio. 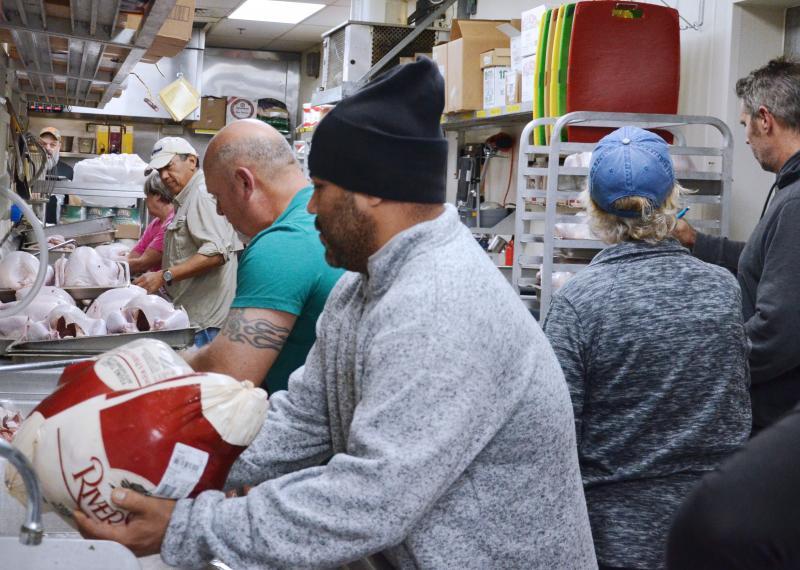 Operation Turkey prepares a traditional meal to give out, including turkey and gravy, dressing, mashed potatoes, yams, corn, green beans, stuffing and a slice of pie. Meals will be served to those who signed up from around San Marcos, Kyle, Buda, New Braunfels and Niederwald.

Ruiz believes Operation Turkey provides hope to those in need during Thanksgiving.

“Growing up, Thanksgiving was always, to me, the best holiday,” Ruiz said. “So, regardless of how tumultuous life was for me as a kid, I always looked forward to Thanksgiving Day. So, to me, part of me just wants to think and believe that we can provide that same type of experience to people here.

“And, being able to give back to a community where nothing is expected in return other than we want people to enjoy that experience of being with your family on Thanksgiving Day, being able to count your blessings no matter where you are in life and just being thankful even if it helps alleviate any sort of stress from the world just for one day,” Ruiz added. “That’s the kind of impact that I hope that we are making.”

“I think that as long as people can go to our Facebook page and like the Facebook page, and that allows us to interact and stay close to the community,” Ruiz said. “Although as a Texas State grad, my true connection [with San Marcos] is Operation Turkey. So, for me, being able to maintain a constant line of communication with the community is important.”