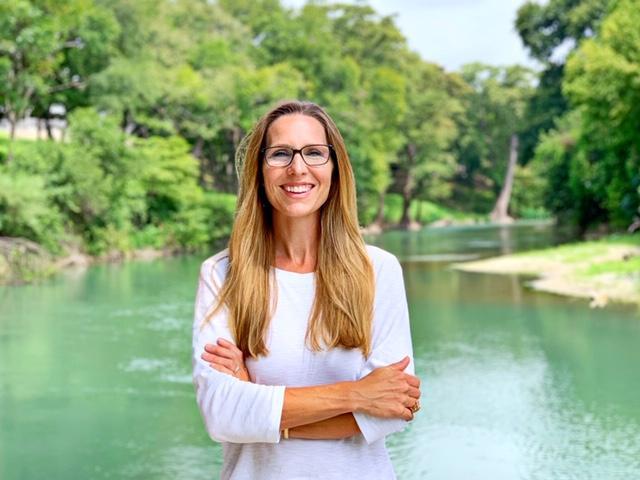 Virginia Parker Condie was selected by the SMRF’s Board of Directors. The SMRF says Condie will provide the foundation with a wide range of experience and a deep passion for the San Marcos River.

"(Condie) has already begun attending meetings with me to meet people, even though her first official day of work is not till September 1,” said Dianne Wassenich, the foundation’s outgoing executive director who worked with SMRF since 2002. “She is so enthusiastic and ready to work on river issues. You will all be seeing her often.”

Condie is a long-time member of SMRF and has served as the foundation’s board vice president.

“This makes her uniquely familiar with the role and expectations of our organization, and knowledgeable about the many issues facing the river,” SMRF said in a press release.

After the disastrous floods of 2015, Condie help organize and create the Blanco River Regional Recovery Team to assist with long-term disaster relief. The BR3T is made up of four counties and was the first ever organization of this type in Texas. Condie serves on the BR3T board.

Condie is currently on the Martindale River Advisory Board. She was also a stakeholder on the Texas Parks & Wildlife 2016 Task Force that tried to deal with recreational tubing on the lower parts of the San Marcos River.

“She comes with extensive experience in sales and real estate and will be able to transfer this knowledge to the River Foundation’s land conservation program designed to protect our critical recharge zones and greenspaces,” SMRF stated. "In addition, Virginia is an avid paddler and has participated (and finished)  8 Texas Water Safaris and holds four records for Female Time and Placement."

Rachel Sanborn, SMRF’s Operations Director will continue in her role and will work closely with Condie, SMRF said.

Although Wassenich is leaving as executive director she said she will continue to work with the foundation.

“I will get to see you now and then too, since I plan to be a SMRF volunteer again,” Wassenich said. “Volunteers are needed for so many jobs — hope I will see you helping us run tables or booths for SMRF, working on invasives, helping at cleanups, and taking care of our 31 acres on the river, or other natural areas we helped conserve.”