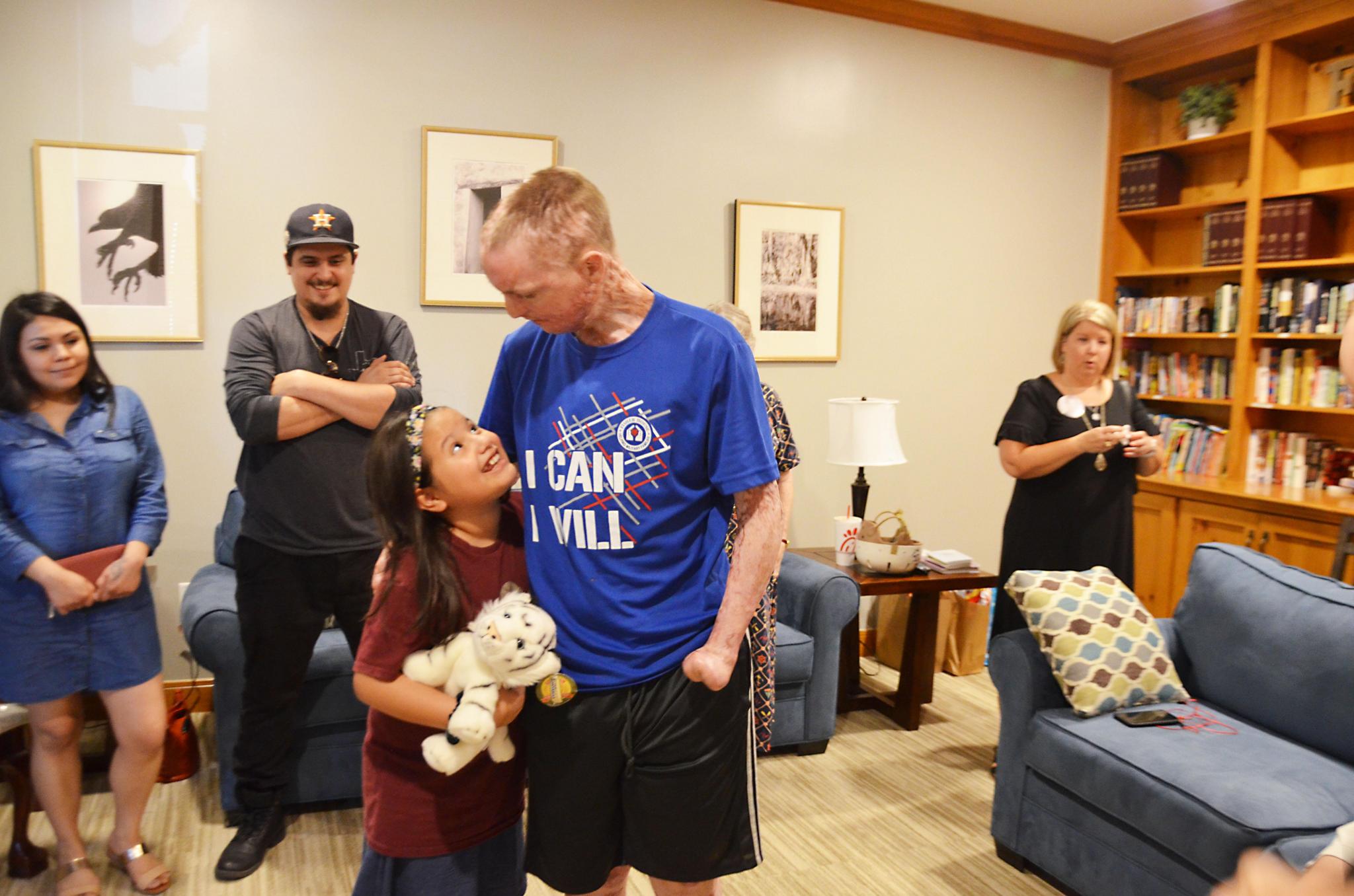 SAN ANTONIO — Tears swelled in the eyes of the individuals gathered in the room. They hugged and embraced each other like family. They’re left without answers; without justice.

For the first time, family members of the five victims of the Iconic Village fire gathered with the family of Zachary Sutterfield, who was severely burned after he caught on fire during the incident.

Before the fire, none of the individuals gathered at the Brooke Army Medical Center in San Antonio could have anticipated they would meet to grieve with each other. They never expected to come together to plead for justice for the lives of Dru Estes, 20, Belinda Moats, 21, Haley Michelle Frizzell, 19, David Angel Ortiz, 21, and James Phillip Miranda, 23. But on Saturday, they joined each other to beg the person responsible for their deaths to come forward.

“It’s surreal,” Zachary Sutterfield said after meeting the family members of the five victims. “It’s very nice to be surrounded by so many people that know exactly what you’re going through.”

“But I did,” Sutterfield said.

Initially, he was given a 20% chance of survival. Now, Sutterfield lives at the Fisher House in San Antonio as he goes through rehabilitation, and remains an inspiration to those around him with his resilience and quick sense of humor. He underwent procedures, including a craniotomy, following the brain injuries he sustained while jumping from the burning building. 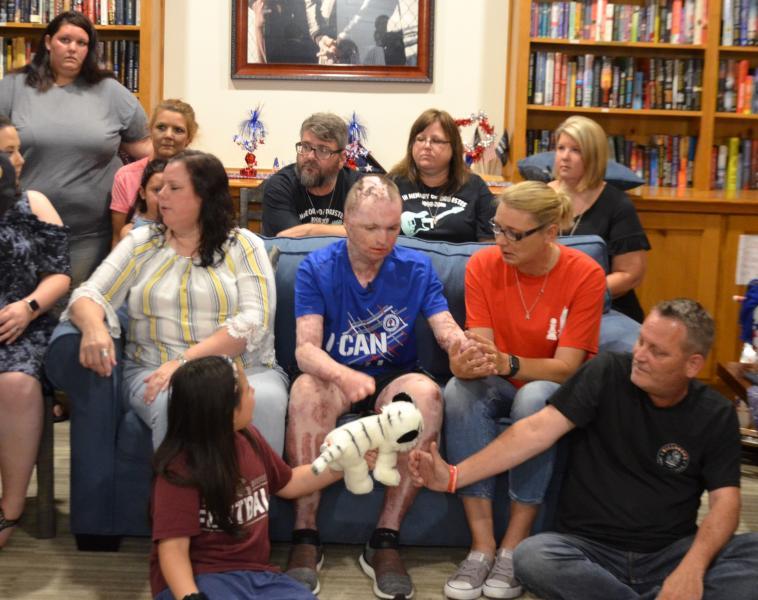 Zach Sutterfield and his family along with the families of the five victims of the Iconic Village fire met on Saturday.

Sutterfield will spend approximately the next two years in San Antonio as he undergoes surgeries, including a procedure called osseointegration, which will rebuild his hands. The procedure, performed by a surgeon from Sweden and a team from locations across the United States, will be the first time the surgery is carried out in the United States.

Authorities ruled the fire a homicide on Dec. 17, 2018. Now, a year has passed since the tragic morning, and families are still left without answers.

“Not a lot has changed. We don’t have much more information than we had a year ago today,” said Michele Frizzell, Haley’s mother.

As  the families gathered on the anniversary of the fire, they pleaded with the community to come forward with more information.

“Someone knows something, someone saw something, someone has talked to a girlfriend or boyfriend, a mom, a dad,” Deona Jo “DJ” Sutterfield said. “If you’re sitting there holding it in, you’re just as guilty as that person who took these lives.”

James Phillip Miranda was asleep in his bed when the fire occurred, and authorities later told his family that he died in his sleep. Miranda’s brother, Jonathan Terry, recalled trying to open his bedroom window before the tragedy, but said the apartment complex behind Iconic Village would have prevented Miranda from being able to escape through his window.

“I remember going in my brother’s room and if you opened his window up you would touch the apartment complex directly behind it,” Terry said. “There was no room to drop and get down.”

David Ortiz and Haley Frizell shared an apartment in Iconic Village, and Sutterfield was staying the night with them when the blaze overcame the complex. Though Sutterfield escaped, Frizell and Ortiz died from thermal injuries.

Michele Frizzell said David and Hailey’s fire extinguisher had been replaced just a month before the Iconic Village fire due to a recall on the product. Contrary to widespread knowledge, fire extinguishers should be used to help an individual escape a fire, not just extinguish a fire, she said. Frizzell recommends placing an extinguisher near one’s bed at night.

“Those are just things I don’t think the general public knows,” she said. “And I’m sorry that it took something like this to teach me, but I hope that that can help other people.”

Families of the five acknowledged that their faith is what allowed them to endure during the past year. Dru Estes’ mother, Cheryl, said that looking forward to seeing her son again is the only thing that kept her from turning her back on her faith.

“Knowing that I’m going to get to see Dru again is what keeps me going,” she said.

Authorities are currently offering a $10,000 reward for information leading to the arrest of the perpetrator of the fire, but the families of the victims all agreed this amount should be higher in order to encourage individuals to come forward with information.

“Come forward, and give our families the justice they deserve,” DJ Sutterfield said.

Anyone with information is asked to call the U.S. Bureau of Alcohol, Tobacco, Firearms and Explosives at 888-283-8477.