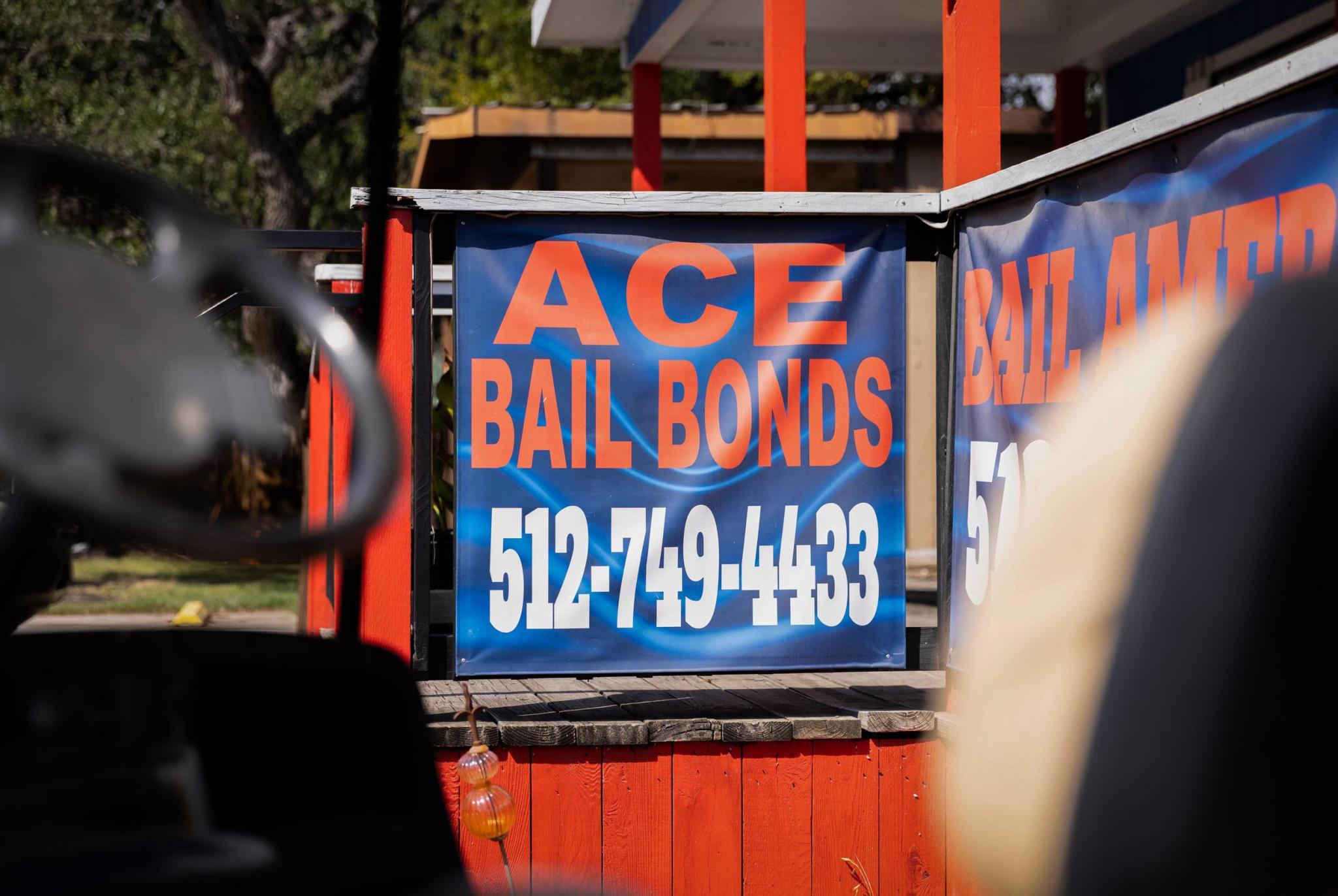 The bill will change how and if people can be released from jail before their criminal cases are resolved, while they are still legally presumed innocent. Credit: Michael Gonzalez/The Texas Tribune

Tue, 09/14/2021 - 4:04pm
Senate Bill 6 will bar those accused of violent crimes from being released from jail before trial unless they can put up cash. That provision of the bill will go into effect Dec. 2.
Tuesday, September 14, 2021

Gov. Greg Abbott on Monday signed into law sweeping GOP-led bail legislation that requires people accused of violent crimes to put up cash to get out of Texas jails.

Senate Bill 6 was passed by the Texas Legislature last month, after Abbott declared changes to the state’s bail system an emergency at the beginning of the state’s regular legislative session that began in January. At a summit in Houston, Abbott said the bail bill, named after a slain state trooper, was one he would have called lawmakers back for continuous special legislative sessions until they passed it.

“The Damon Allen Act makes it harder for dangerous criminals to be released from jail on bail,” he said before signing the bill.

Allen was killed during a traffic stop in 2017. The suspect was out of jail on a $15,500 bond after allegedly assaulting a sheriff’s deputy.

The bill will change how and if people can be released from jail before their criminal cases are resolved, while they are still legally presumed innocent. Currently, most Texas jail releases are determined by the defendant’s ability to post cash, but some jurisdictions — particularly Harris County after losses in federal court — have recently shifted to releasing more people accused of low-level crimes on personal bonds, which don’t require cash but can include restrictions like GPS ankle monitoring or routine drug testing.

SB 6 will ban the release of people accused of violent crimes on personal bonds, requiring instead that they be able to post the amount of cash set by the court, or pay a percentage to a bail bonds company. It will also disallow cashless release for those those arrested on any felony charge if they were already out of jail on bond in a violent criminal case. Those changes will go into effect on Dec. 2.

Other pieces of the bill, such as creating a new system for court officers to receive and review the criminal history of defendants before setting bail, will go into effect in January.

Many Democrats and civil rights advocates have argued the bill’s exclusion of only cashless bonds, but not money bail, will exacerbate wealth-based detention and lead to overfilled jails. Opponents said requiring cash to get out of jail will primarily penalize low-income people, limit judicial power and boost the for-profit bail bonds industry.

“SB 6 is built on right-wing hysteria that violates Texans’ rights, not on public safety,” Laquita Garcia with the Texas Organizing Project said in a statement. “If implemented, this bill will lead to more overcrowding in jails and further criminalize poverty in our state, meaning more Texans — a disproportionate amount being Black and Latino — will stay stuck in jail solely because they cannot afford bail.”

Abbott and other Republican lawmakers, along with some crime victims and their supporters, say the legislation is needed to keep dangerous people behind bars before their cases are resolved. Supporters of the bill have pointed to rising rates of violent crime and numerous examples of defendants accused of violence being released on bond and then accused of new crimes.

That includes the slaying of Caitlynne Infinger Guajardo, whose estranged husband allegedly killed her shortly after being released on a personal bond. He’d previously been arrested and accused of assaulting Guajardo.

“I am beyond pleased that the Texas legislature passed Senate Bill 6,” Melanie Infinger said in a statement. “Since my daughter Caitlynne’s murder in 2019, I vowed to do whatever possible to save other families from the excruciating preventable pain of losing a loved one in the manner in which I lost my girl and her unborn child.”

In several other high-profile examples given by the bill’s supporters of defendants committing violent crimes after bonding out of jail, however, the defendants were released from jail after paying a bail bonds company or giving cash to the court. Those practices won’t be limited under the bill.

The bill easily passed the Senate but was only passed by the Texas House after the removal of a controversial Senate provision that would have restricted charitable groups from posting bail for defendants. Such groups gained popularity last summer when they posted bail to release people arrested while protesting the death of George Floyd, a Black man murdered by a white Minneapolis police officer. The House later added in a measure that instead required charitable groups to be certified by county officials as nonprofit organizations and file reports on whom they bond out of jail.

This article originally appeared in The Texas Tribune at https://www.texastribune.org/2021/09/03/texas-bail-legislation-abbott/.