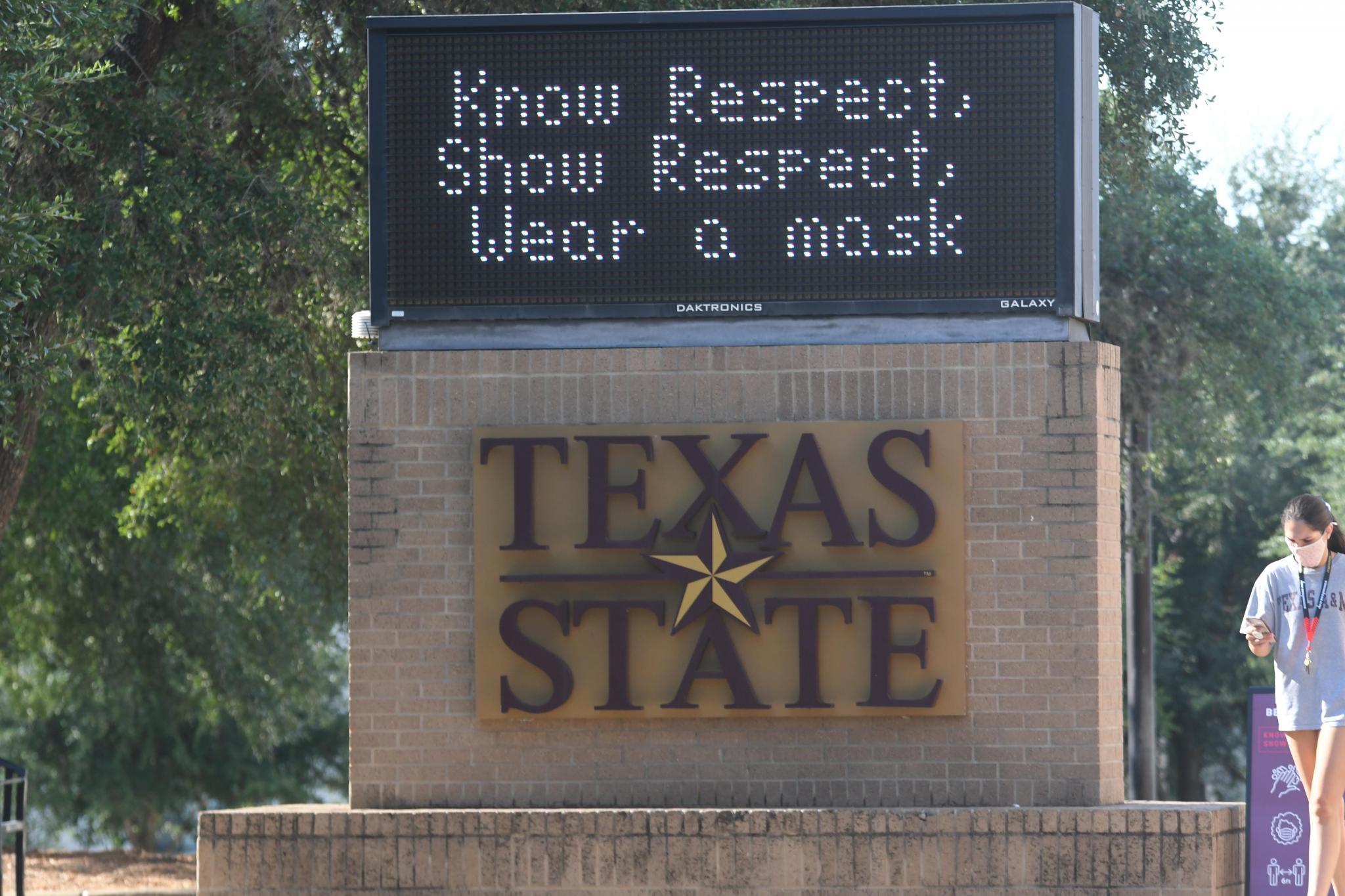 Texas State University professors are finding that contact tracing efforts are too slow and not sufficiently integrated with available student information. In one case, exposed students were not notified of possible exposure before Labor Day weekend.

History professor Tom Alter has been teaching in person three days per week and said classes themselves are running smoothly, but he worries that contact tracing is too reliant on student responsibility, as it is a self-reporting system.

“It's more of a reactive policy that seems to be going on,” Alter said. “It puts a lot of burden on students. It's up to them if they are symptomatic to come to the university for testing.”

According to Student Health Center’s (SHC) website, when a member of the campus community reports in Bobcat Trace, the contact tracing program, the person reporting is instructed to isolate or quarantine and contact their supervisor or professors to notify them of their need to be away from work or school. The SHC has a team of contact tracing professionals who will contact individuals who have tested positive or been exposed to a positive case. Bobcat Trace’s goal is to reach close contact within 24-48 hours of the report.

Director of the Student Health Center Dr. Emilio Carranco said delays in contact tracing could be a result of delays in submitting the report to Bobcat Trace. Test results can also take several days to return which could also contribute to delays.

Alter’s first positive COVID-19 case occurred on Sept. 4, the Friday before Labor Day weekend. After the student forwarded the letter of excusal from the SHC, he waited for directions to do contact tracing, but heard nothing.

“I decided to let the system work, even if it was working slowly,” Alter said recalling driving past student parties over the holiday weekend. 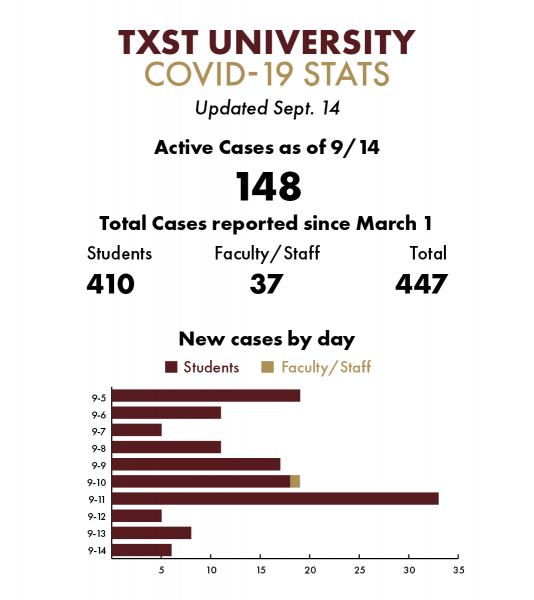 Professors are not allowed to notify their students that someone in the class tested positive, as a positive coronavirus test result is confidential medical information, according to Carranco. In fact the reason the responsibility of reporting is placed on the student is a matter of confidentiality.

“The university must have the student self-report the positive result and provide written consent allowing it to pursue contact tracing,” Carranco said. “The consent includes contacting professors and supervisors as deemed necessary to assist with identifying close contacts.  Some persons are tested at off-campus locations and the university would not be aware of the positive test results unless they were reported through Bobcat Trace.”

The SHC website also says that sharing information about positive cases without definitive action could lead to unnecessary concern among students.

Four days later on Tuesday morning, Alter had still not received any notification from Bobcat Trace and took initiative to ask the SHC if they needed his seating chart to do contact tracing. The SHC said Bobcat Trace was not doing any contact tracing for this student because they reported that they followed the social distance guidelines set by the university.

The guidelines, however, are conflicting. They say a close contact for COVID-19 is defined as any individual who was within 6 feet of an infected person for at least 15 minutes starting from two days before illness onset. Yet, following university guidelines, Alter’s class has been set up in a way that students are separated by one desk; meaning that his students were distanced a little over two feet apart for an hour and a half.

The SHC was unaware that there were classrooms where social distancing was not being practiced, according to Alter.

Carranco explained the reality of the restrictions, “In classes where 6 feet of physical distancing is not possible, class occupancy is limited to a maximum of 50% to allow for reasonable physical distancing in all spaces. Seating and furniture vary considerably from class to class.  Seats and desks are left vacant to allow for physical distancing.  While it is possible that some classes may have desks that are only 2-3 feet apart, students are typically spaced further apart by leaving some desks empty between them.”

Alter’s classes usually only see around 15 of the 60 students showing up in person, the remaining watch a livestream remotely.

Once the SHC was made aware of the mistake they were really diligent, Alter said, however they did not have access to student email addresses. Alter had to help them with seating charts, attendance records and hand over email addresses.

According to Alter, there were four students that were within 6 feet of the positive student. Only one of them sent him the letter from the contact tracing program explaining that they were not excused from class because they were potentially exposed.

“The majority of students are responsible,” said Alter. “There are a lot of measures in place. But a small number of irresponsible students affects us all. The burden is overwhelmingly on the students to be proactive. It shows how this is all reliant on students. We know how college age young adults are going to act.”

Another history teacher who will be referred to as Jane Smith explained that many Texas State faculty are afraid of retribution from the university for speaking out about concerns related to COVID-19. Smith has seen six cases of COVID-19 in their classes since the start of school on Aug. 24.

Smith’s 360 person lecture now has 180, and another 110 person class seats 55. One of these lecture halls was built in the 50s, has air conditioning systems from the 90s and has no windows.

Professors are working very hard to make these guidelines work, holding class eight times per week rather than the usual two-three times per week to accommodate smaller class sizes, and yet the virus is spreading slowly.

Smith attributes the relatively low case numbers with the fact that many students are attending class from home, although they do not trust the case counts are accurate due to the fact that only students with symptoms or who have been in contact with someone who tested positive can get tested. Another case from Smith’s classroom exemplifies the slow nature of contact tracing on campus.

One student in Smith’s class on Aug. 24 notified Smith they tested positive midweek. The student forwarded the excusal email the following Monday, Aug. 31. On Sept. 7, two weeks after the infected student was in class, Smith received emails from other students in class saying they would not be in class because they had to quarantine.

“The most likely explanation for close contacts not being notified for two weeks is that the positive case was not reported to Bobcat Trace in a timely fashion,” Carranco said.

The SHC is testing a statistically significant random sample of Texas State students to determine the incidence of COVID-19 infection in the student population, although professors have yet to see action.