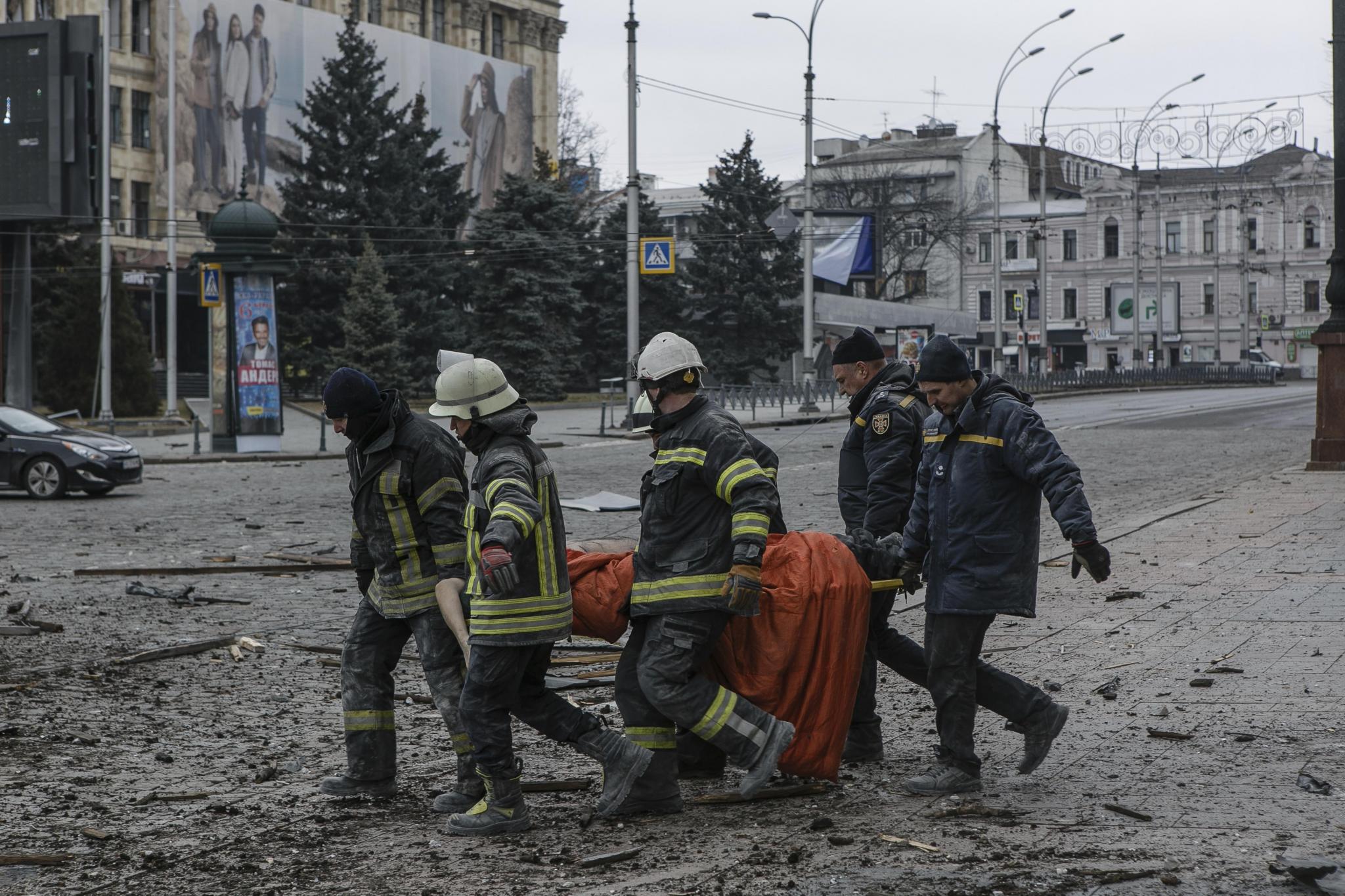 The Texas Center for Public History, the Department of History and the Center for International Studies at Texas State University hosted a panel discussion on “Ukraine, Russia, the EU & the US in Crisis” as part of the History in the Making Series.

Porter provided context in regards to the ongoing situation by expanding on the past and current relationship between Russia and Ukraine.

Porter further explained how the Euromaidan Revolution in 2013 and Vladamir Putin sending in Russian special forces into Crimea in 2014 played a large part in the current-day conflict between Russia and Ukraine.

Porter also went on to highlight and clarify Putin’s claims and grievances, such as NATO expansion in eastern Europe.

“That is what the Russians claim is their central grievance, the fear that Ukraine will somehow join NATO and the anger that NATO expanded after the end of the Soviet Union and the end of the Eastern Bloc into Eastern Europe right, into these former Warsaw Pact countries,” Porter said, adding that Russia sees NATO as an anti-Russia alliance and that there is potential for direct conflict between NATO countries and Russia.

“I really want us as Westerners, that’s what the Russians will refer to us, Westerners, to really think about our involvement in Ukraine and what the implications of that might be,” Porter said.

Dr. Louie Dean Valencia gave a more European context and how the current situation relates to previous European history, giving the example of the European tradition when it comes to invasions.

“The sort of invasion of Poland during World War II and how this is also not sort of abnormal for Europeans countries to look at something going on in the world where all of this unrest is happening where, people didn’t know how to react in the instance,” Valencia said. “I think we’re actually having a quicker reaction than we’ve ever seen in these sort of circumstances so for me that at least gives me some sort of hope that at least there’s a reaction but it also kind of lends to what you [Porter] were saying, the danger of spiraling”

Valencia expressed the importance of what Russia has done globally in the last 10 to 15 years, how it has been anti-democratic and how it has interfered in United Kingdom and U.S. elections.

“[Russia] has also tried to breed a sort of divided house within Europe and think that’s sort of where we are in this moment, is thinking about sort of Europe, having gone through Brexit, having these questions about NATO, all sort of trying to figure out how do we come together in light of this new threat?” Valencia said.

Dr. Ellen Tillman spoke about the U.S. side and the military angle regarding the conflict.

“Figuring out what to do and I’m thinking specifically of the administration but even more so military analysts at this time, they’re absolutely determined that we will not go into Ukraine,” Tillman said.

Tillman further brought up that the United States is assisting Ukraine by providing satellite images to the Ukrainian government and military to help them see where Russian troops are located.

“Russia did not prepare for the logistics they needed for this large-scale warfare, a lot of people are celebrating that and saying ‘Ukraine is going to be fine then because the Russians can’t logistically get their supplies in,’” Tillman said.  “I disagree as do many military analysts. If this goes on much longer the Russians can adapt, that’s what they’re doing. They’re figuring out the logistical mistakes  they’ve made and they are fixing them.”

Dr. Elizabeth Bishop focused on the diplomatic side of the conflict and brought up points from Putin’s speech on Monday, Feb. 21.

Bishop mentioned that much of the diplomacy hasn’t happened yet. Bishop also focused on the parts of the Putin speech that contained historical references and Putin recognizing the breakaway regions of Donetsk and Lugansk.

“In a certain sense, Putin’s speech on Monday was playing off of a group of jurisdictions that really only existed in a certain legal sense. I don’t want to go to the floor on this one, because of the 1936 Stalin Constitution,” Bishop said. “But the other part of this list of those who recognize the breakaway republics really is indebted to the Cold War.”

Following the speakers, those in attendance were able to ask questions regarding the conflict.