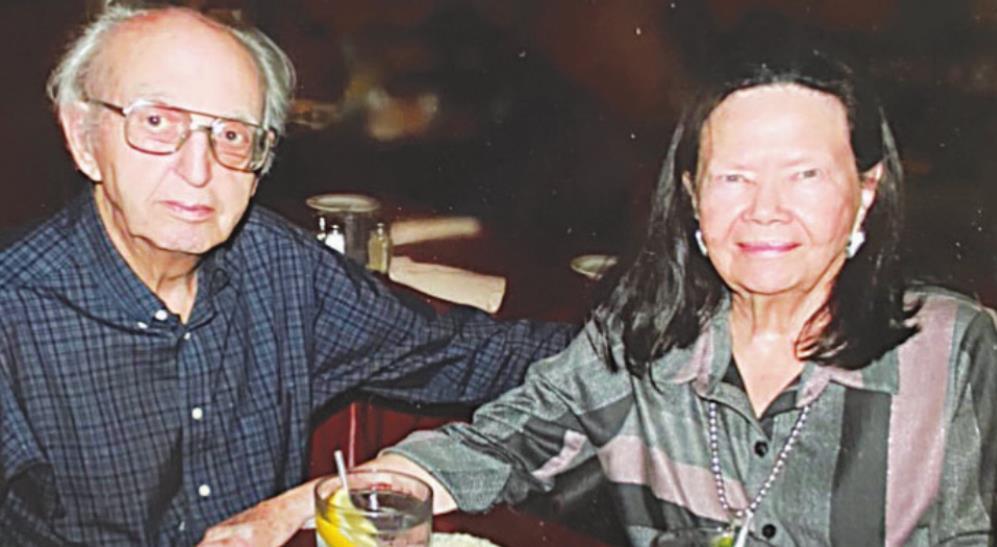 Sam Volpe (left) died of COVID-19 on Jan. 1, 2021. Above, Sam and his wife Marilyn celebrate their 69th wedding anniversary in 2020. Photo courtesy of Lisa Searle

'They're more than just numbers'

During the past 365 days, the Daily Record has reported on the toll the pandemic has taken on residents, businesses and the lives we live amid the “new normal.” Now, we hope to tell the stories of Hays County residents lost to COVID-19.

As the Daily Record marks this somber anniversary, this is the first installment of an ongoing series remembering those who died from the coronavirus over the last year.

Marilyn Volpe describes her husband, Sam Volpe, as a good and giving person.

Sam, who was born in Akron, Ohio, graduated from Akron High School in 1947 and attended Ohio State University on a track scholarship. He later transferred to Abilene Christian College where he anchored the sprint medley team before graduating in 1952.

It was at Abilene Christian where Sam and Marilyn met. “He came down from Akron, Ohio and we met, then we went back to visit (Ohio) but we never lived anywhere except Texas,” Marilyn said. “So, that’s what happens when you marry a Texan.”

Sam and Marilyn, who celebrated their 69th wedding anniversary in 2020, lived in Midland for many years, where Sam taught mathematics and coached track at Midland Lee High School. He was named Coach of the Year in 1979 by an association of Abilene Christian University. He retired from coaching in 1985 and was later inducted into the LEE Legacy Wall of Honor in 2013.

The couple moved to Austin, where Sam worked at the Internal Revenue Service. They later moved to San Marcos in 2006 to be near their three children: Lisa Searle, Joseph Volpe and Marzia Smith.

Sam died of COVID-19 on Jan. 1, 2021. Marilyn says she’s reminded of her husband through the lyrics of “If I Needed You” — “If I needed you, would you come to me” the song’s lyrics say. She says she knows her husband is in a better place but the hardest part is knowing he was alone during his four-day hospital stay at Ascension Seton Hays in Kyle.

“Some people have asked why, in fact I’ve had a friend of my daughter ask, ‘Why would covid death be harder than any other kind of death?’” Marilyn said. “I think that’s what’s made it so hard is not being there. You know, most of the time, they say in the obituaries, ‘surrounded by family,’ well, he wasn’t when he died. None of us were with him when he died. That’s what makes a covid death so hard when you can’t be with them.”

Marilyn said Sam will be remembered for his good and giving nature. He volunteered with the Hays County Food Bank and did income taxes for members of the AARP. 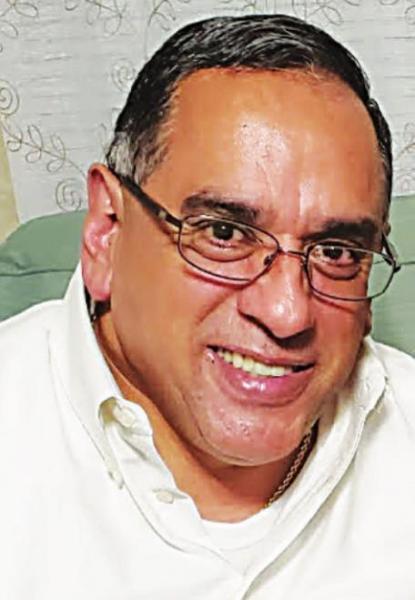 Johnny R. Martinez (above), who died of COVID-19, was born and raised in San Marcos. Martinez enjoyed barbecuing, working on home projects and watching the Dallas Cowboys. Photo courtesy of Vanessa Sanchez

“He loved to have people over and just cook outside with his music playing and Bud Light in his hand,” said Vanessa Sanchez, Martinez’s oldest daughter. “If you came over and he didn’t know who you were, he treated you like you were family. He never judged anybody. He never talked bad about anybody. He was just a real good person.”

He was also a diehard Dallas Cowboys fan. Sanchez said anytime the Cowboys played, her dad was watching. “He had all the shirts, all of their hats, he even bought the New Balance shoes that matched the colors of the Cowboys,” she said.

When Martinez wasn’t working at his job as an assistant manager at a Walmart in San Antonio, he was doing work around the house that he and his wife, Frances, owned.

“Anytime he was off there was a new project,” Sanchez said. “So, if he wasn’t at work, it was, ‘Oh, we’re building a porch, or we’re doing landscaping, or we’re going to remodel the restrooms.’ It was never just him being off. He always had to be doing something.”

Sanchez describes her father as quick-witted — always prepared for the perfect comeback.

“You could talk all this trash to him and he would just come back at you,” Sanchez said. “His brain was just constantly going. It was like, “Oh my gosh, where do you get these from?’”

Sanchez, who works for the City of San Marcos’ billing department, said her dad loved to joke with her about her job. “To him that meant I knew everything that was going on in the city, which I don’t,” Sanchez said. “If he saw construction going on, he was like, ‘What’s going on over there?’ And I say, “Dad, that’s a different department.’ And he goes, ‘Well then what are my tax dollars paying you for?’ That’s just the person that he was.” Sanchez said her dad start

Martinez was taken to CHRISTUS Santa Rosa Hospital - San Marcos three days later where he would be admitted. “That was last time (my mom) saw him,” Sanchez said. “She didn’t even get a chance to kiss him goodbye because they weren’t letting anyone back there in the emergency room. I mean, that was the last time we saw him OK.”

Martinez stayed in the emergency room for several days where he was given oxygen. He was then moved to a room on Dec. 23. Sanchez said her dad was taken to the ICU and intubated around Dec. 31.

“He was just the best person,” Sanchez added. “There’s no words in the dictionary to describe him. If you asked anyone who met him, they’d all have different things and experiences with him but they’ve all been good.”

As Hays County marks the anniversary of its first COVID-19 case, the Daily Record is telling the stories of those lost to COVID-19. Over 230 county residents have died from the coronavirus since the first diagnosis on March 14, 2020. We hope you’ll allow us to tell the stories of the loved ones that were lost to COVID-19 over the last year. We at the Daily Record don’t aim to share nor exploit your grief — which is personal and private. Rather, we hope to paint a picture of their lives before COVID-19, who they were, how they spent their days and what made them who they were.