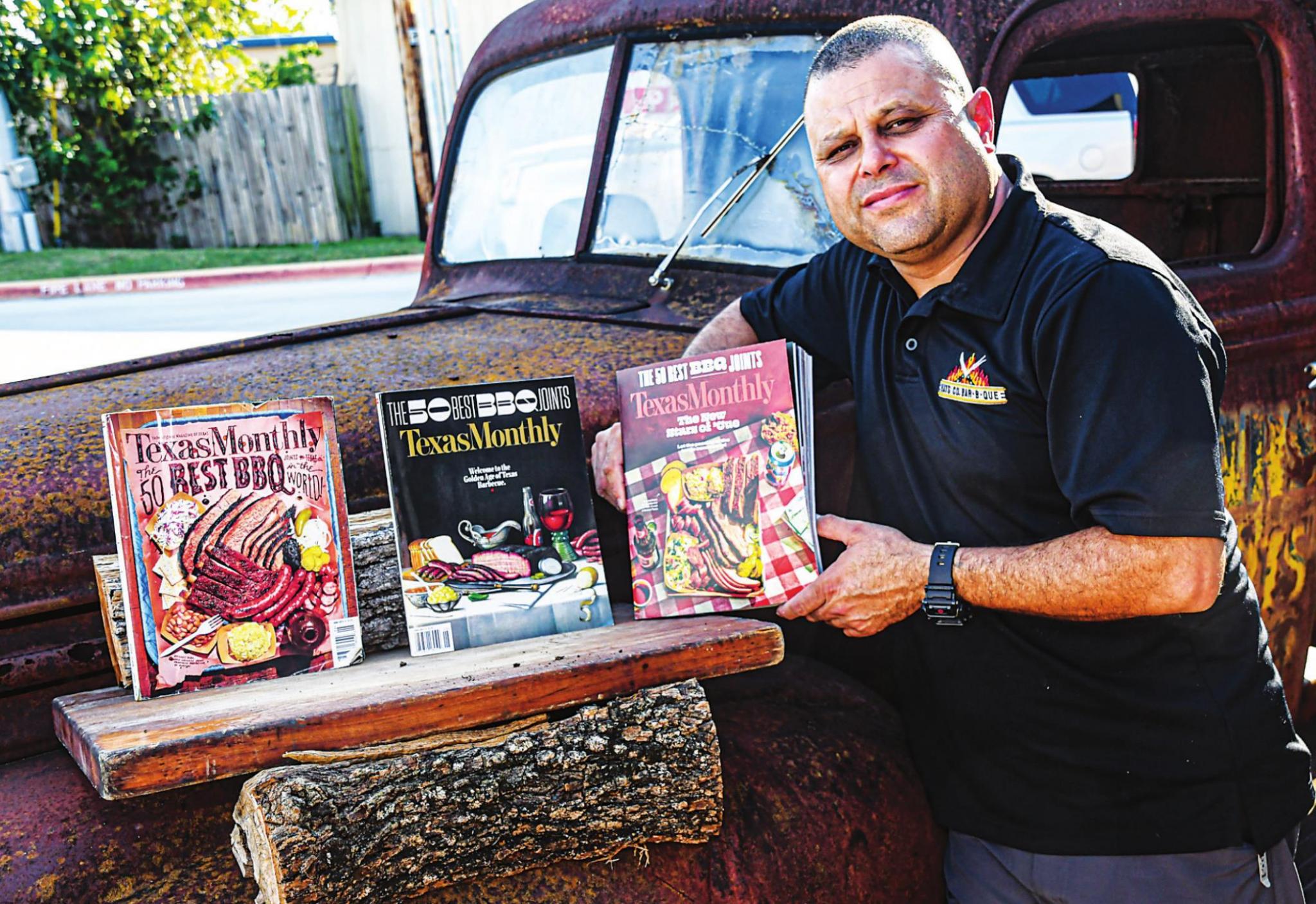 Beef is still king in Texas. And when it comes to cooking that beef, ask almost anyone and they’ll tell you barbecue is practically a religion in the Lone Star State. According to Texas Monthly’s Special BBQ Edition — set to hit newsstands in November — some of the folks in the area “Que” it up quite nicely. Two Hays County barbecue joints were honored by Texas Monthly — Hays Co. Bar-B-Que in San Marcos and Creekside Cookers in Wimberley.

Hernandez has made the edition a whopping three consecutive times. Considering the special edition only comes out every four years, that says a lot about Hernandez's skill.

“It's quite an achievement and very nice,” he said. “The competition has evolved into something even greater than what it was before. I think this issue speaks volumes and you can see what direction Texas barbecue is heading.”

The magazine's writers said not much has changed with the brisket. It had an “understated bark” that added a rich depth to the flavor. They also credited them for making improvements to their pork ribs, saying they had a “perfect balance of sweet and pepper.”

Hernandez seemed surprised to see some of his BBQ colleagues fall in the ranking; or even out of mention all together.

“In a nutshell I represent the corridor. From South Austin to San Antonio, right through San Marcos, so I represent quite a bit of geographic area,” he said. “The pressure’s on now.” Hernandez said following

Hernandez said following more than a decade of success, and finishing in the top 50 in 2013, 2017 and 2021 it’s a testament to their ability to remain focused.

“There's only about six barbecue joints that remain on the list from 2013 until now,” he said. “A lot of them have fallen off, which is a big deal ... Then the challenge of COVID, and now product shortages, for us to remain focused was a challenge. Obviously, we accomplished it and will keep pressing forward.” 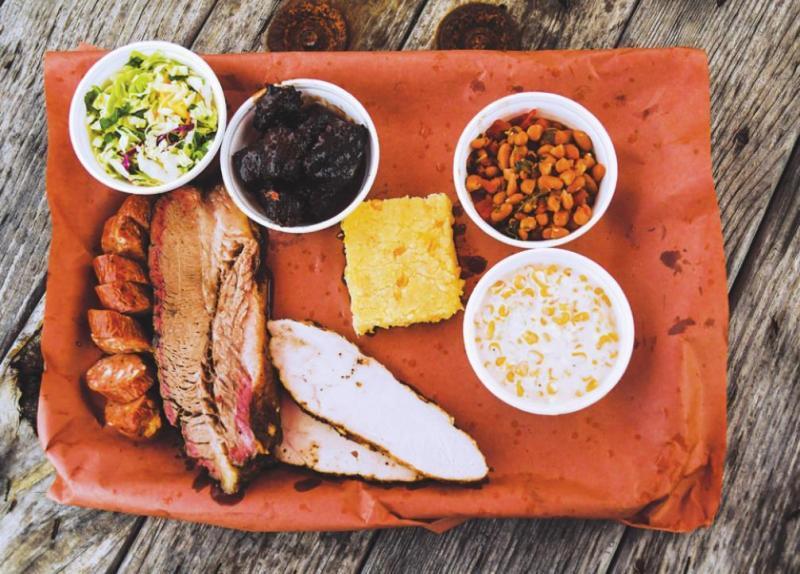 Above, a plate of barbecue — brisket, sausage and turkey — with heaping serving of sides and cornbread from Creekside Cookers in Wimberley. Daily Record photo by Lance Winter

“I think it's a great honor,” he said. “It just shows all the guys who put in hard work. There were a lot of really good barbecue places that didn't make the list, so you know I'm blessed.”

He said it was an honor to be recognized by Texas Monthly.

“It’s a huge deal and what a lot of us in the industry really strive for,” he said. “So, hopefully next time I'll be in the top 50.”

Outside of Hays County, but close enough for a mention, is the Burnt Bean Company in Seguin. The relative newcomer finished fourth in the top 50 ranking.