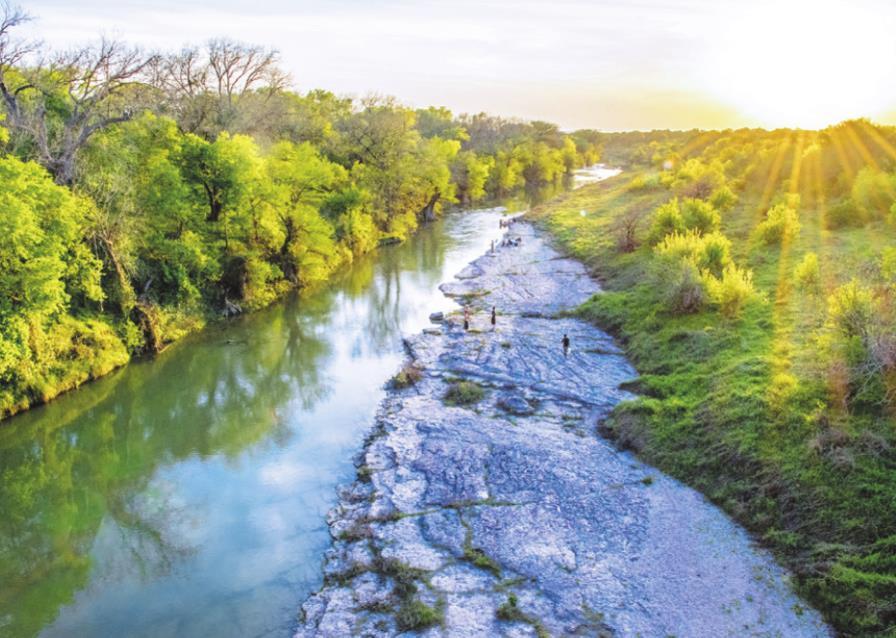 Tracking the health of the Hill Country

A recently released report from the Texas Hill Country Conservation Network examined the current state of conservation and growth in the Hill Country. What it revealed was a region at a crossroads, facing threats to its future.

The report, entitled the “State of the Hill Country,” set a baseline for eight key metrics by which conservation and growth could be evaluated. It determined that booming population growth, sprawling development, groundwater depletion, changing climate patterns, extreme droughts and floods and a unique set of policy challenges threaten the natural resources that define the Hill County region — resources on which millions of people rely. THCCN hosted a webinar on Monday, March 7 to discuss the study, with featured speakers including Hays County Commissioner Lon Shell, Precinct 3.

“Western Hays County is mainly developed on the back of our local groundwater,” Shell said. “If we were to experience a similar drought today [like we did in 2010], we would have emergencies across the county. If we can’t find better ways to manage that, I can see some very hard times ahead.”

“This report makes it perfectly clear — the Hill Country’s breathtaking vistas, natural spaces, clear waters, abundant wildlife, starry night skies, and smalltown charms must not be taken for granted,” said Katherine Romans, Hill Country Alliance executive director and THCCN chair. “The choices we collectively make now will determine whether the region and its inhabitants survive and thrive, or whether we willfully live beyond the means and carrying capacity of this place we call home.”

The eight metrics used for the State of the Hill Country Report were:

•Population growth in unincorporated areas. Rapid increases in populations outside of existing municipal areas, coupled with a lack of county land use tools, have resulted in land fragmentation, loss of ecological connectivity and function and incompatible land uses — ultimately bringing negative impacts on water quality and quantity, biodiversity, and night sky visibility.

•Conserved lands. Conserved natural areas, working farms and ranches and public lands cleanse and store the Hill Country’s water supply and provide wildlife habitat, while preserving space for residents and visitors. Less than 5% of the Hill Country has been conserved to date.

•Developed lands. Developed lands are characterized by impervious cover, which increases runoff, decreases infiltration, increases contamination, and drives flash flooding. Currently, an average of 7% of the Hill Country is developed, with much higher percentages in some counties.

•Pristine streams. The Hill Country is home to the most pristine waterways of any region in the state, but they are increasingly under threat from the discharge of treated wastewater from the region’s growing population. These pristine streams support the region’s vibrant tourism and recreation-based economies and contribute known value to the lands that surround them, both public and private.

•Per capita water consumption. A growing population is placing increased demands on limited water supply with some areas using an unsustainable amount of water. A better understanding of demand and consumption trends will help inform strategies to maintain a clean water supply.

•Spring flow. Springs provide critical baseflow and are necessary to sustain the unique flora and fauna of the Hill Country, recreational activities like fishing and swimming, and drinking water for millions of Texans. An increase in water demand and a changing climate is placing pressure on this finite but critical resource.

•Night sky visibility. Naturally dark skies are vital for the region’s quality of life, local tourism economies and wildlife. However, they are at risk in the Hill Country, due to increased development.

•Conservation investment. The region has seen tremendous support for public funding of land conservation, but it is not keeping pace with the region’s rise in gross domestic product.

The Texas Hill Country Conservation Network, a partnership of dozens of organizations working across the 18-county region of Central Texas to expand protection of natural resources through collaborative conservation and promoting better ways to accommodate growth.

“This report is a call to action for sustained collaborative efforts to secure the valuable assets delivered by Hill Country land, water and skies,” said Jennifer Walker, National Wildlife Federation’s deputy director for the Texas Coast and Water Program and vice chair for THCCN. “The window of opportunity to protect and sustain the Hill Country’s natural treasures will likely close within our generation. Understanding how to balance development and conservation in service of these goals is key to that sustainability.”

“I do believe there is some hope,” Shell said. “It’s steps like this that will get us to finding some solutions to the problems that are affecting us.”

For a full copy of the State of the Hill Country Report or to learn more about the THCCN, go to: ourtxhillcountry.org.