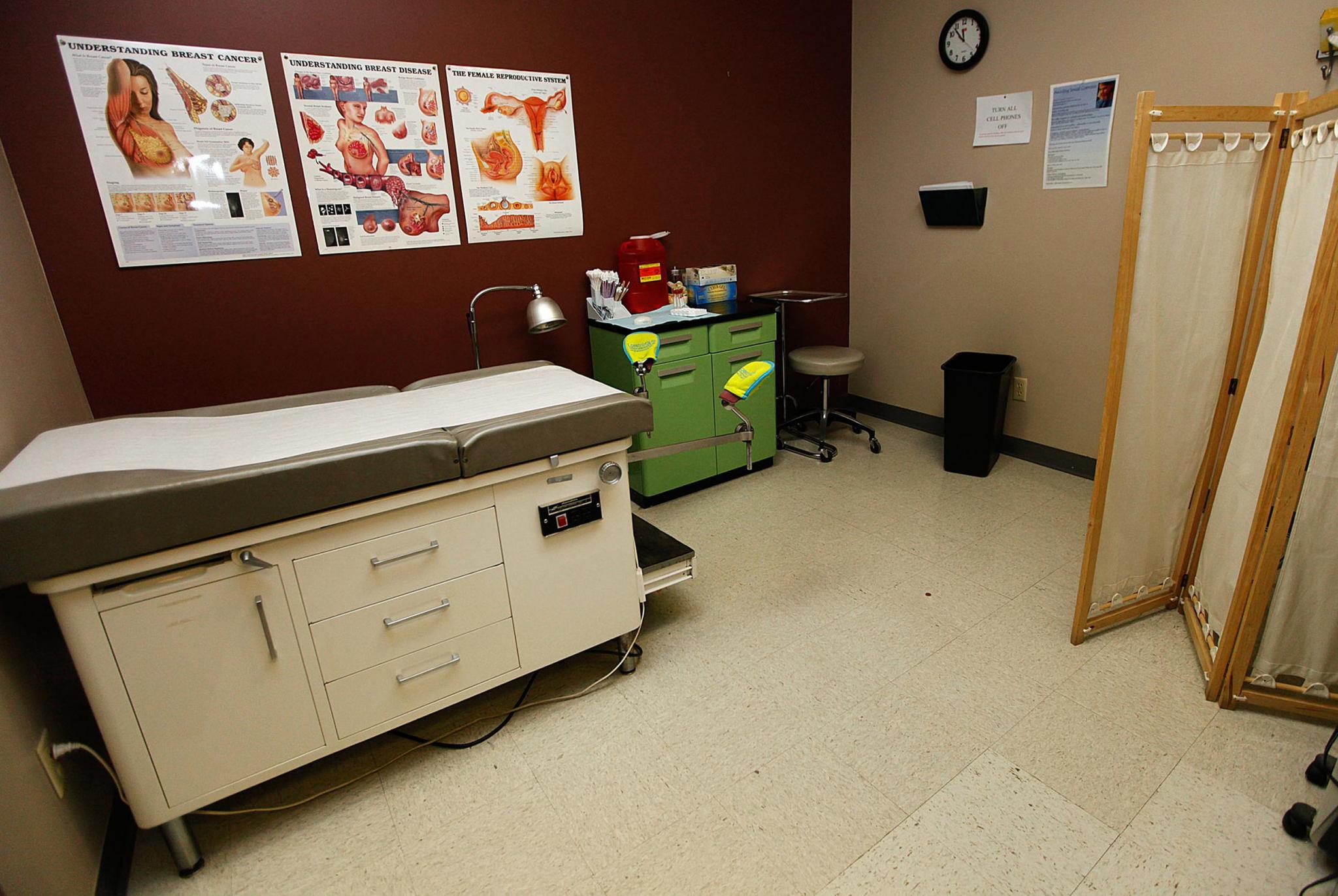 A medical clinic in downtown Amarillo. Credit: Stephen Spillman for The Texas Tribune

Garland announced the lawsuit after abortion rights advocates, providers and Democratic lawmakers called for the Biden administration to act. Other legal challenges to the bill have been stymied due to the design of the law, which opponents say was engineered to flout a person’s right to an abortion established by Roe v. Wade in 1973.

“This kind of scheme to nullify the Constitution of the United States is one that all Americans, whatever their politics or party should fear,” Garland said.

The Texas statute, which went into effect Sept. 1, is considered one of the most restrictive abortion laws in the nation. It prohibits abortions once a “fetal heartbeat” — a term medical and legal experts say is misleading — can be detected, which can be as early as six weeks into pregnancy, before many people know they’re pregnant. Providers say that the law prevents at least 85% of the procedures previously completed in the state.

Previous laws aimed at restricting or stopping abortions have been struck down over the years by the Supreme Court. But this law uses the novel mechanism of relying on private citizens filing lawsuits to enforce the law, not state officials or law enforcement. This makes it especially difficult to strike down in court, because there is not a specific defendant for the court to make an injunction against.

The law empowers any private citizen in the nation to sue someone found to be “aiding and abetting” an abortion, including providers, doctors and even Uber drivers.

The law has seemingly brought most abortions to a halt in the state. Major clinics canceled appointments, fearful of being inundated with lawsuits in which they’d have to pay a penalty of at least $10,000 if they are found to be in violation of the law. Some clinics have even stopped performing abortions allowed under the new restrictions — before fetal heart activity is detected — out of fear of getting hit with lawsuits.

Prior to Thursday’s announcement, legal experts expressed doubts as to how a federal lawsuit might work or how successful it might be. Because of the way the law is constructed, experts have been dubious on how the legal saga will play out in courts and those same challenges could impede efforts by the Justice Department. Federal lawmakers have also vowed to overturn the new restrictions by codifying Roe v. Wade in federal law, but those efforts likely face their own political challenges.

The federal lawsuit joins other legal efforts aimed at overturning the restrictions. Abortion providers originally challenged the new law in July, arguing it violates the precedent established by Roe v. Wade. But the 5th U.S. Circuit Court of Appeals put a hold on district court proceedings, leading the providers to seek emergency relief from the U.S. Supreme Court. Many onlookers waited late into the night Aug. 31, expecting an order from the high court before the law went into effect — but it didn’t come.

A day later, the high court declined to weigh in. In an order, a majority of the court acknowledged that the case raised serious constitutional issues, but said that it wasn’t clear whether the government officials and anti-abortion activists named as defendants on the suit “can or will seek to enforce the Texas law,” so it wasn’t clear whether they could be sued in an attempt to block it. In a 5-4 decision, the Court allowed the law to continue. Court proceedings in the lower courts remain in limbo until the 5th Circuit makes a decision regarding its stay.

The law also prohibits plaintiffs from being ordered to pay defendants’ legal fees if the case is dismissed, leaving little risk for people who want to bring lawsuits and potential high costs for clinics to defend themselves even in cases where they ultimately prevail. No lawsuits have been announced so far.

This article originally appeared in The Texas Tribune at https://www.texastribune.org/2021/09/09/texas-abortion-ban-federal-challenge/.