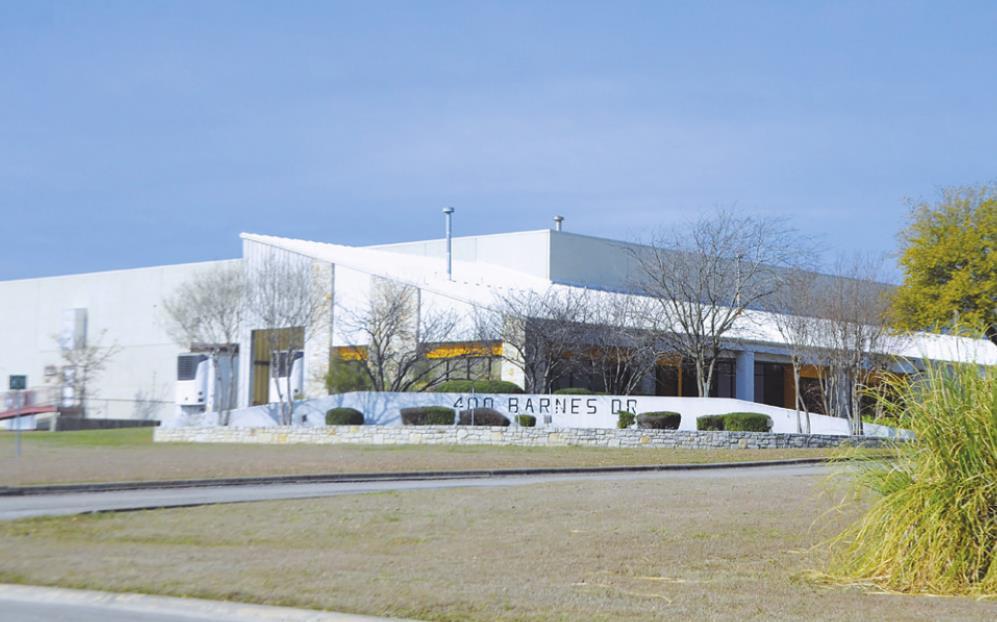 Above, El Milagro of Texas' tortilla factory located at 400 Barnes Drive. The factory has been the source of a foul odor, the City of San Marcos said. Daily Record photo by Nick Castillo

It’s the talk, err, rather the smell around town that’s drawn the ire of San Marcans.

Many residents have inquired about a foul odor over the past few weeks surrounding the area near Interstate 35 between McCarty Lane and State Highway 123. The City of San Marcos has identified the source of the mysterious smell as the El Milagro Tortillas factory located at 400 Barnes Drive.

The city said staff determined the smell is the result of a surge in plant production combined with failure in the onsite wastewater treatment equipment at the factory. The city added that El Milagro’s wastewater still meets treatment parameter limits defined by their permit.

When asked for comment about the issues surrounding the factory, El Milagro declined to provide additional comment, directing the Daily Record to its Facebook page. However, any mention regarding the smell couldn’t be located on its Facebook page as of publication on Saturday

A statement, which was put out and copied into a local Facebook group, said “ it hurts us to see that we have caused any discomfort to the residents of San Marcos. We have heard your complaints about the smell of our factory and have made changes in response.”

“Our company has been growing, therefore our production has seen a steep increase, causing our waste water management to become overwhelmed in trying to decrease the odor,” El Milagro’s statement said. “We have made changes to our production and waste water management procedures to make sure we do not cause any more disruptions to your lives. We strive to be a bright star in the eyes of the community and a benefit to the people who live here, and we are doing all we can to try and improve our procedures to help the odor elimination.”

The city said El Milagro has hired an engineering firm and is addressing the treatment equipment problems. Additionally, El Milagro's plant management is cooperating with state and city personnel, the city said, adding that its Neighborhood Services Environmental Health and Safety staff and Public Services Wastewater staff will continue to monitor the issue until its fully resolved.

The city stated that it expanded sewer line cleaning to the north past Highway 123 and relocated one of its chemical feed stations to El Milagro’s site, which will help prevent additional odor formation from the city’s sewer system from the plant discharge.

The Texas Commission on Environmental Quality is also investigating complaints made about the odor. The city said it is making its analytical data available to TCEQ to aid their investigation.

“The city remains in regular communication with El Milagro and city departments continue to monitor the situation,” the city said in a statement. “Unfortunately, even with the actions taken by the city and El Milagro, the odor is still very unpleasant and prevalent within the community.”