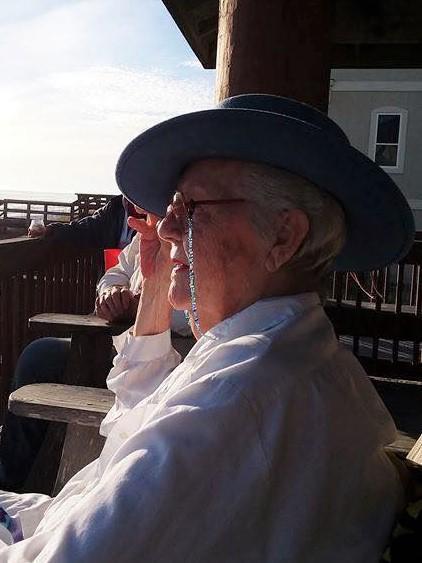 Charline Angermann Rugel ended her amazing life on July 21, 2020, in Miramar Beach, Florida. She was surrounded by love and her three surviving children at her death.

Charline Rugel was a native Texan, born on January 8, 1928, in Aleman, Texas. She lived in the German Valley region of central Texas, then moved with her family to Harlingen, Texas, on the Texas coast, where she graduated from Harlingen High School. She attended college at Southwest Texas State University (now Texas State University) in San Marcos, Texas, where she met her future husband, Charles “Buddy” Rugel, whom she married on September 17, 1946.

She was a loving and supportive wife and mother to her husband and four children. The family moved throughout Texas and finally to Memphis, Tennessee, in 1968, while her husband pursued his career with the Upjohn Pharmaceutical Company. Charline and Buddy traveled extensively around the world before and after retiring to their second home in Destin, Florida, in 1987. After her husband’s death in 1991, Charline continued traveling, circumnavigated the world multiple times, and receiving what she called her “Ph.D. in the World.” She loved learning about science and nature, was full of life, faith and the pursuit of beauty and wonder, which she shared infectiously with her children, grandchildren, and anyone with whom she came in contact.

A private family service will be held at graveside in San Marcos, Texas, at a later date. The family requests that, in lieu of flowers, memorials be sent in her memory to Doctors Without Borders, the Wounded Warrior Project, or The Salvation Army.