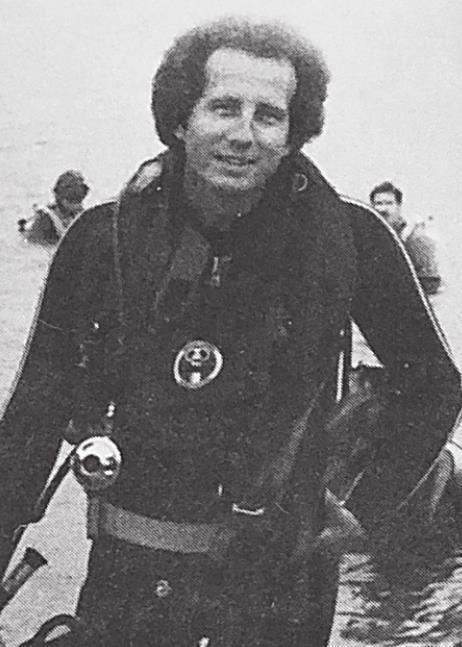 Donald Alvin Dibble lll was born in Houston, Texas, on September 18th, 1940 and passed away on February 5th, 2021. Don was a Vietnam Veteran and served in the Navy from 1962 -1971. After his discharge, he completed his education and graduated from his most beloved University of Texas at Austin.

Don’s greatest impact may be his contribution to the Scuba industry. Originally trained as a Navy diver, Don began teaching scuba professionally for Texas State University in 1973. In 1976 The Dive Shop was opened on Ranch Road 12 and this became the scuba hub for the Texas Hill Country. Don’s dive shop was his pride and he reigned over it as owner, operator, and chief instructor for more than 40 years.

Don held the highest Scuba certification level as a Master Instructor and was revered for having uncompromising safety standards. He was able to instill these standards in divers across the industry by training multitudes of dive instructors. As a Scuba Master Instructor, he ignited such reverence and passion for the sport that many of his students became Scuba professionals themselves.

Beyond teaching students and Scuba instructors, Don helped grow the Scuba industry in many ways. Chief among his contributions was helping construct the recreational scuba infrastructure in Brazil, South America, and teaching underwater search and rescue to many first responders.

As a citizen, Don was often called to provide underwater search and rescue in Hays and neighboring counties. His most notable recovery effort was in the greatly publicized 1979 Jacob’s Well drowning of two scuba divers. Despite his own near drowning in that recovery attempt, Don continued to assist law enforcement with search and recovery efforts for many more years and was a valued member of the SMART Rescue and Recovery Team. Training first responders to conduct underwater search and recovery brought Don great pride and fulfillment. Don also cared greatly for the health of the San Marcos River and knew it was to be treasured. Many years ago, he began gathering his “dive family” for what would become the annual San Marcos River clean up. This was always a fun event that brought awareness to the unique value of the river.

Don was well traveled and sponsored Dive Trips world-wide. Friends have shared that “with Don’s dry wit, sense of humor, and first-rate knowledge of dive spots, they knew they were guaranteed a good time”.

With classic flair and humor, Don passed away while Willie Nelson’s ‘Turn out the lights’ played from a speaker next to him.

A celebration of Don's life will be held at noon on February 20, 2021 at The Dive Shop, 1911 Ranch Road 12, San Marcos, Texas 78666 with an outdoor celebration (masks and social distancing required).

Don loved the hill country and especially the waters of the San Marcos River. In his honor, donations may be made to The Meadows Center at Texas State University: https://secure.ua.txstate.edu/site/SPageNavigator/Donation%20Forms/Meado...