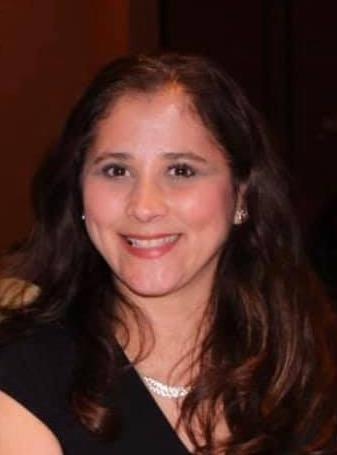 Donna G. Villalpando, age 55. Resided in San Marcos, Tx; she went to be with the Lord on January 8, 2020, at her family’s home after fighting a strong and courageous battle against cancer.

Donna was born in San Antonio, Tx on August 22, 1964 to Ricardo and Maria Gutierrez. Donna was a member of Sinai Assemblies of God as a child where she was involved in the missionettes and choir groups.

Donna attended Robert E. Lee High School upon graduation she began working at Walmart and USAA; where she married and began her family. Upon moving to San Marcos Donna met new faces and she became a friend to many. Donna lived to support her daughters in all they were involved in and always pushed them to reach for more and to not settle for where they were.

Donna was a strong woman of God who loved to sing praises with and everlasting faith, that carried her to her eternal home.

Donna is survived by her husband Carlos, daughters Vianey (Isaiah), and Juliana. Her father in law, siblings, their spouses, brother in laws, sister in laws, nieces, nephews, and many family and friends.

Donna is preceded in death by her parents Ricardo and Maria Gutierrez, brother Steven Gutierrez, and mother- in-law Lydia Villalpando.

All services will be held in San Marcos starting at Pennington Funeral Home, on January 17, 2020; Public viewing will begin at 5 p.m. with Prayer Service at 7 p.m. Church service will be on January 18, 2020 at Sinai Pentecostal Church beginning at 10 am with burial to follow at Memory Law.

In lieu of flowers the family is requesting donations be made to MPC P.O. Box 1386 San Marcos, TX 78666 for a memorial in Donna’s honor as she requested.